Science fiction writers thought it would be possible. H. G. Wells, Jules Verne, and other authors found ways to get people to the moon. But none of those writers foresaw any possibility of the lunar explorers being able to communicate with Earth, transmit data, position information, or transmit moving pictures of what they saw back to Earth. The authors foresaw my part of the adventure, but your part was beyond their comprehension. 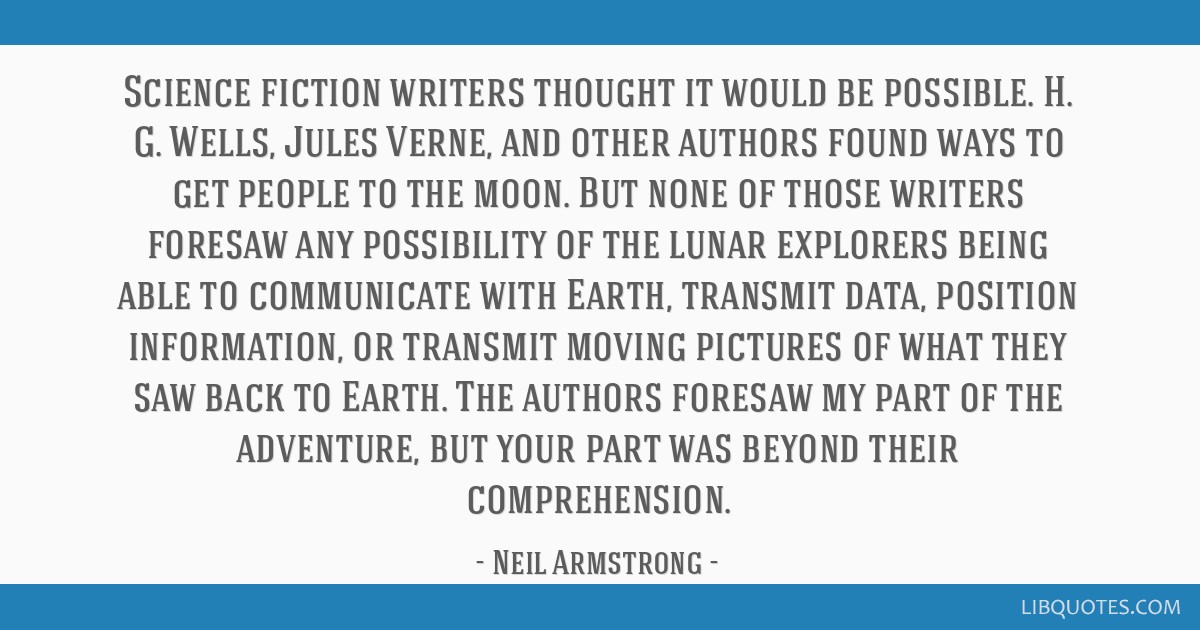 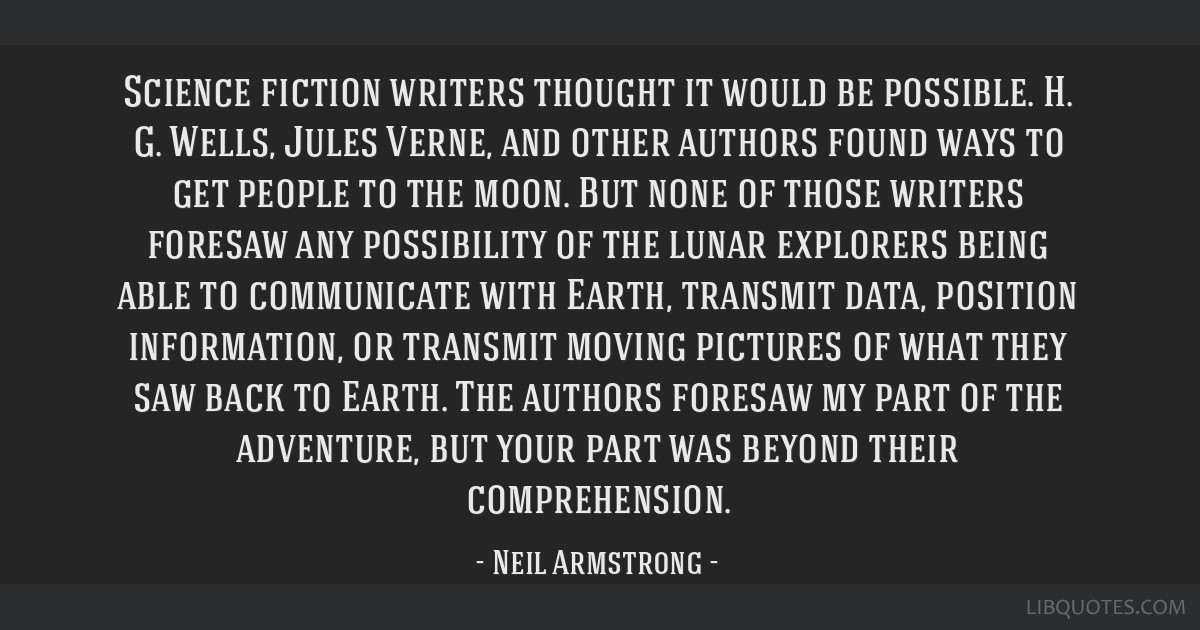 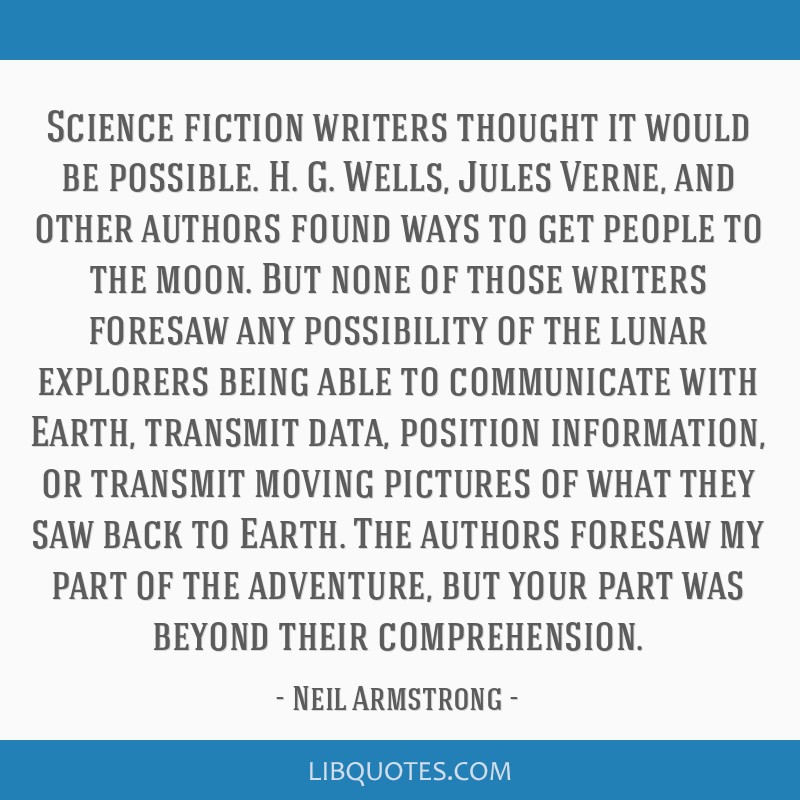 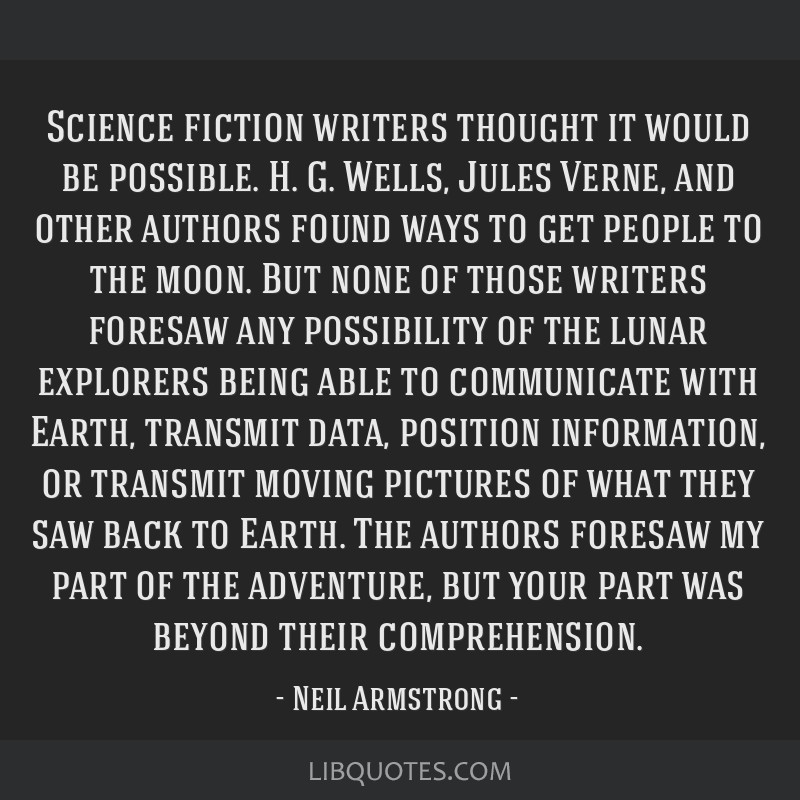