Thank you, Mr. Chairman. I am in the position of a pilot without his checklist, so I'll have to wing it a bit. … [Prior to the Apollo missions,] no one knew what kind of person could be persuaded to take the trip. Prisoners were suggested. Soldiers could be ordered. Photographers could take pictures — and they're expendable. Doctors understood the limits of human physiology. Finally, both sides picked pilots.

On being awarded a Congressional Gold Medal on (21 July 2009) 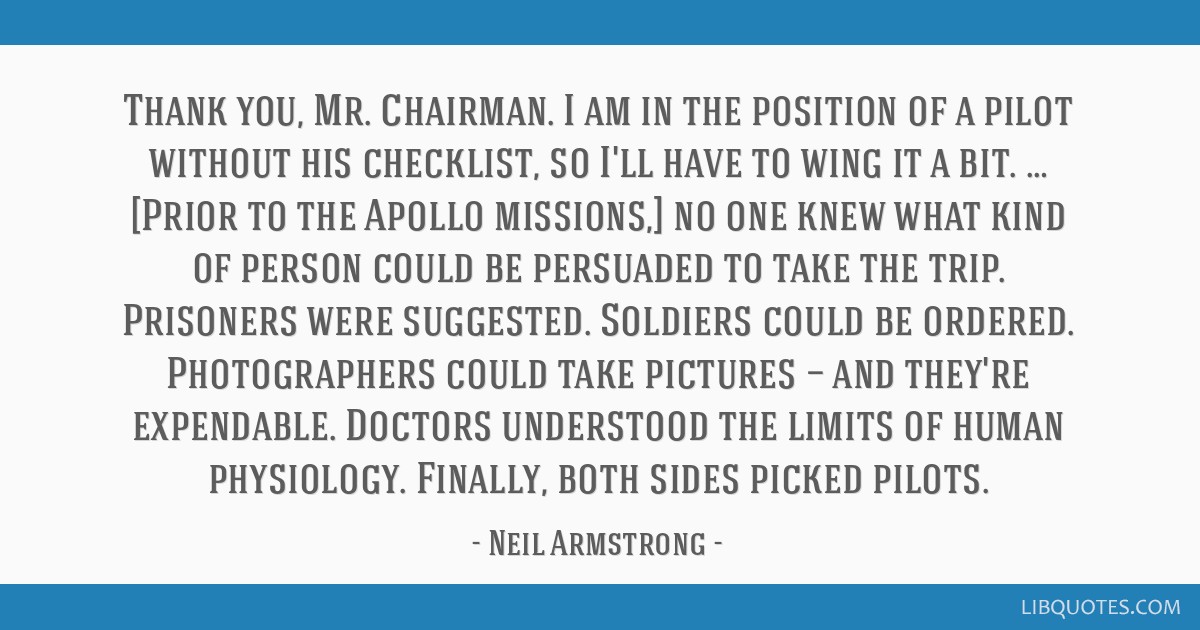 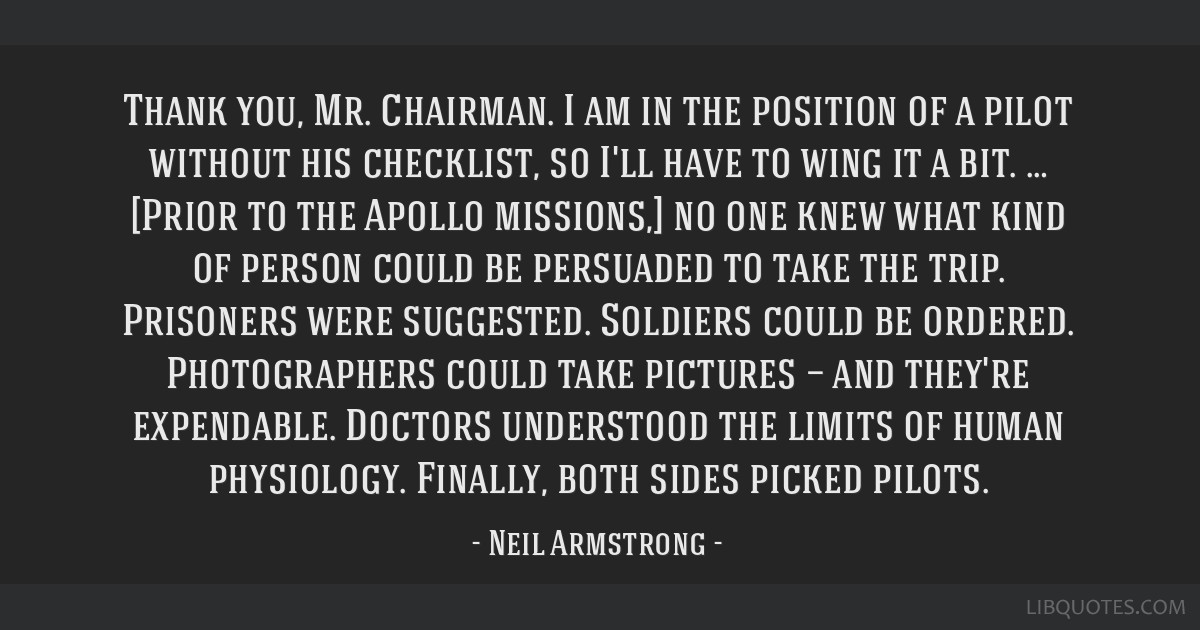 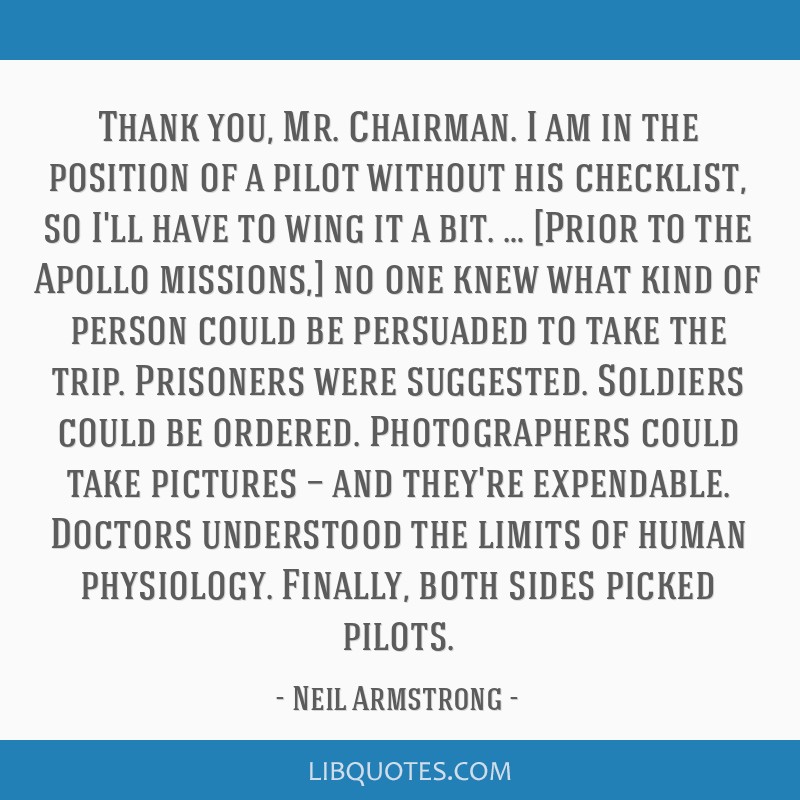 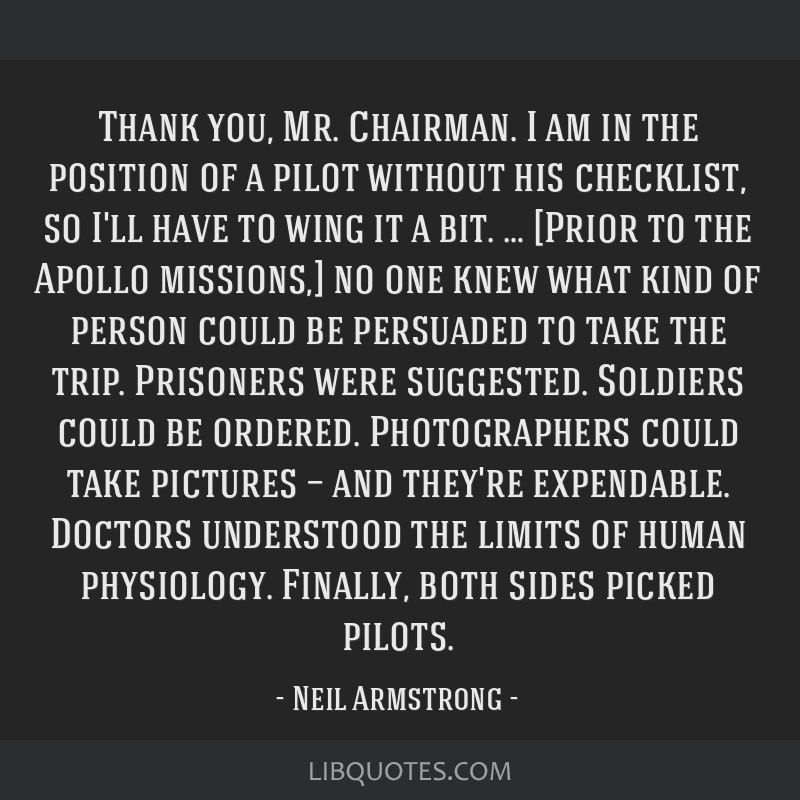