Space has not changed but technology has, in many cases, improved dramatically. A good example is digital technology where today's cell phones are far more powerful than the computers on the Apollo Command Module and Lunar Module that we used to navigate to the moon and operate all the spacecraft control systems.

On the differences between the present and the time of the space race which existed during the Cold War years, in an interview at The New Space Race (August 2007) 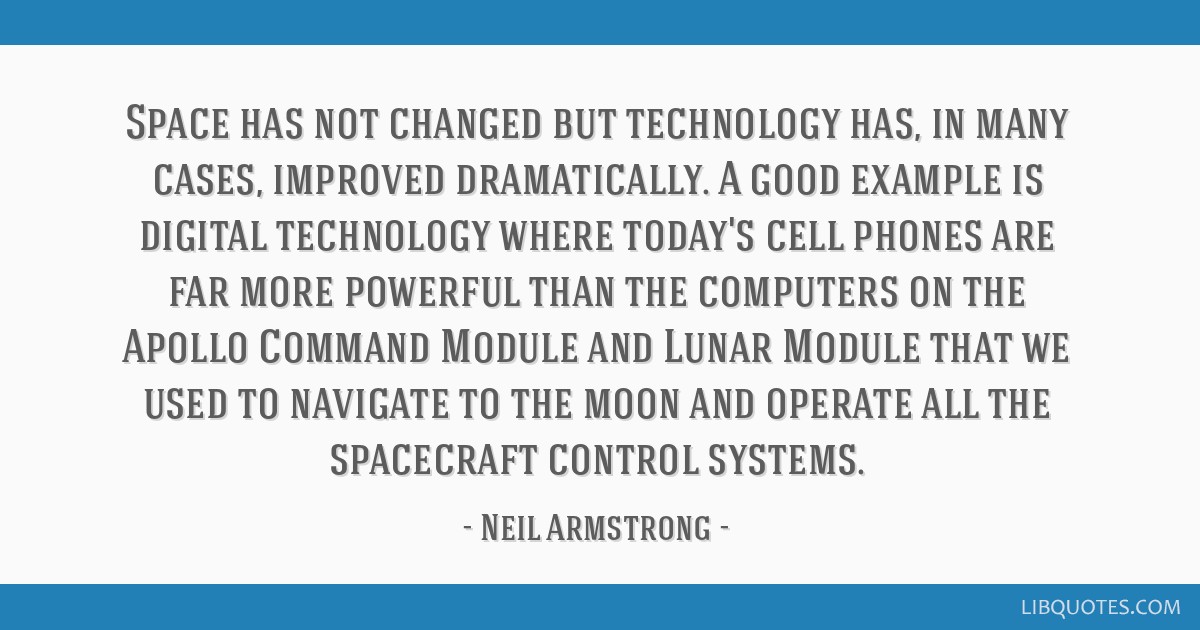 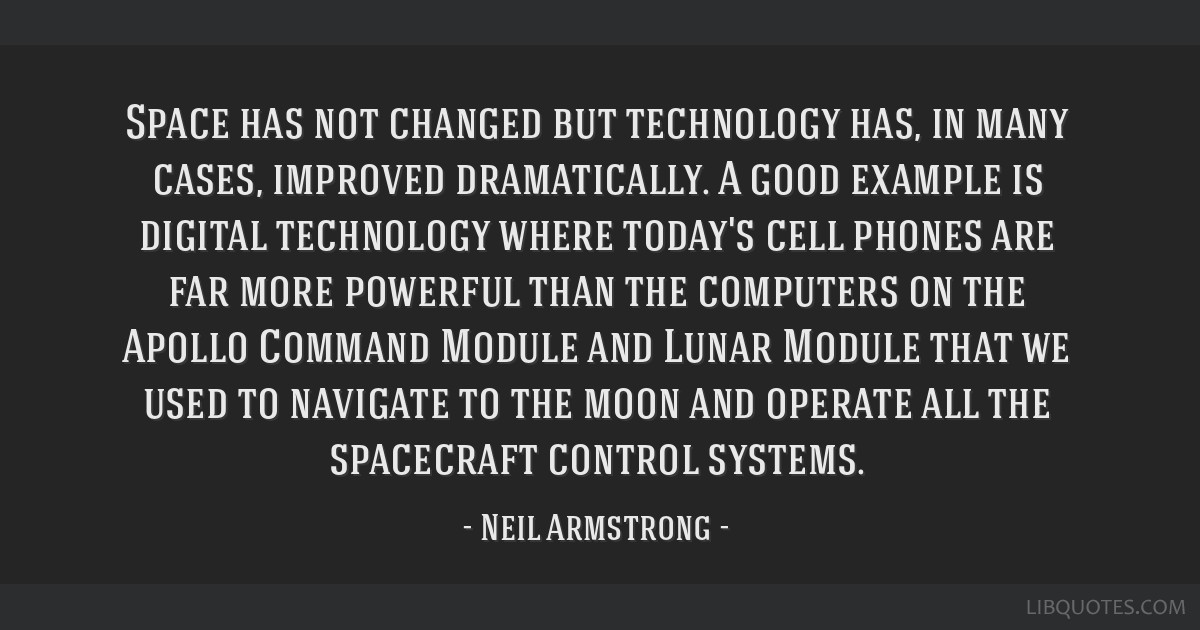 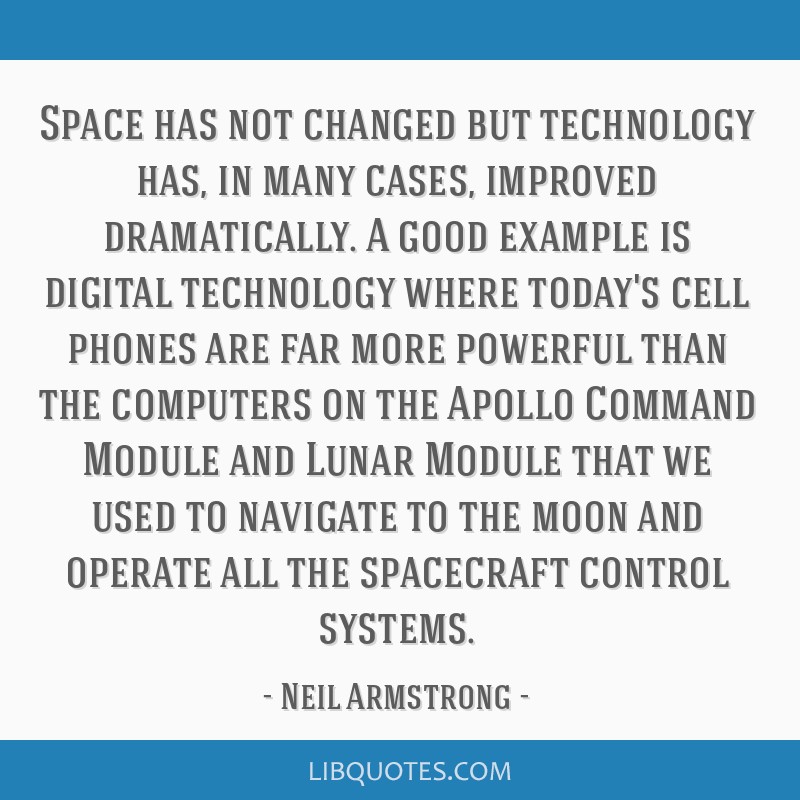 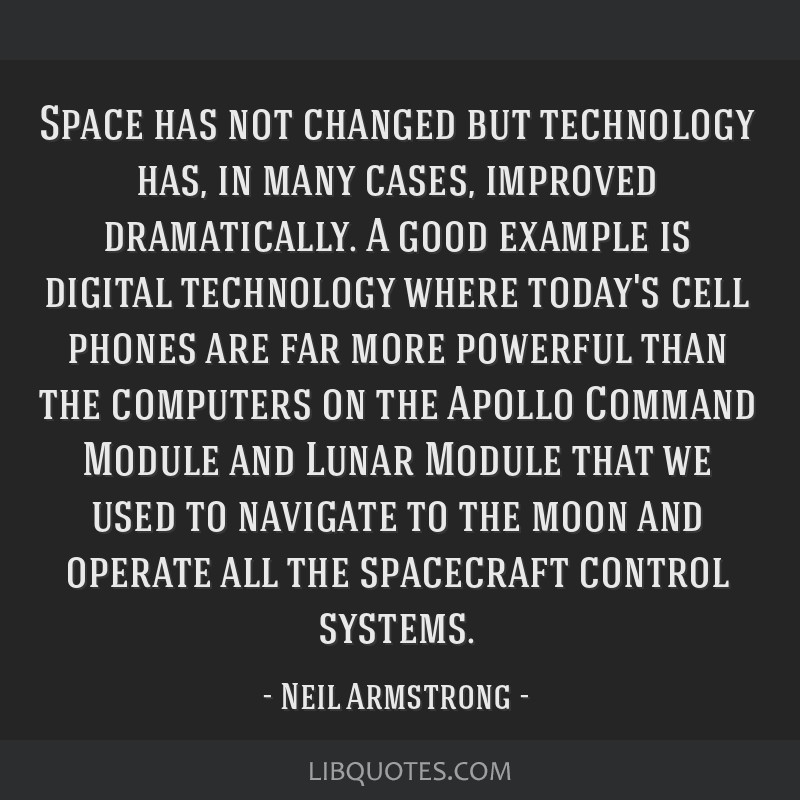