Many people think that female circumcision only started with the advent of Islam. But as a matter of fact it is well known and widespread in some areas of the world before the Islamic era, including the Arabian peninsula. Mohammad the Prophet tried to oppose this custom since he considered it harmful to the sexual health of the woman. 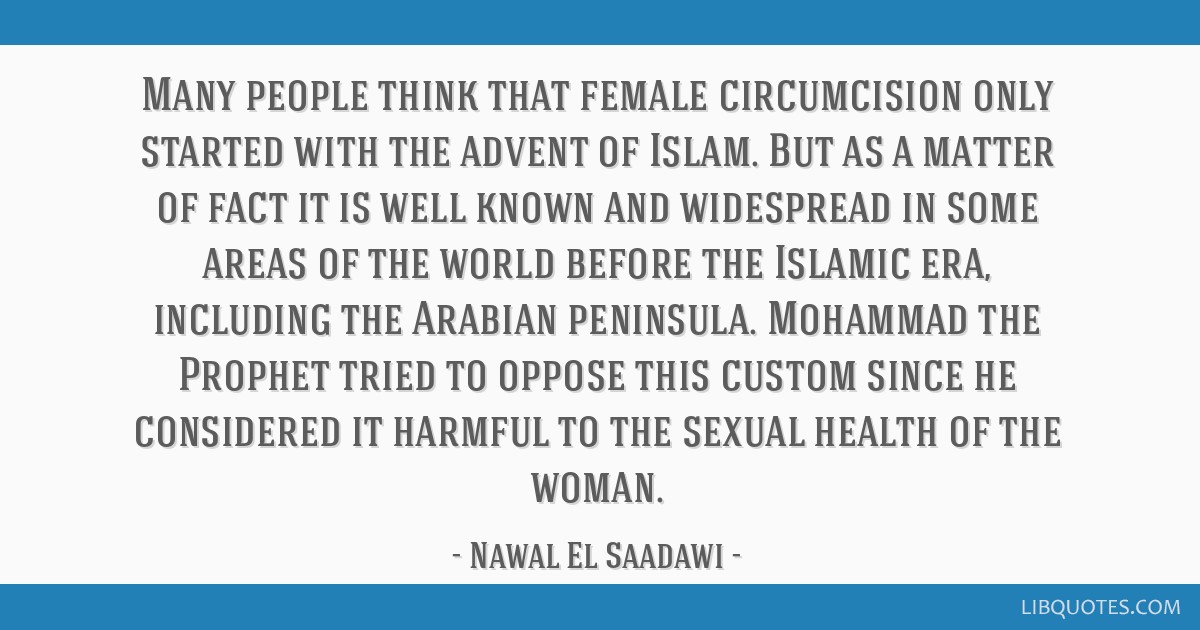 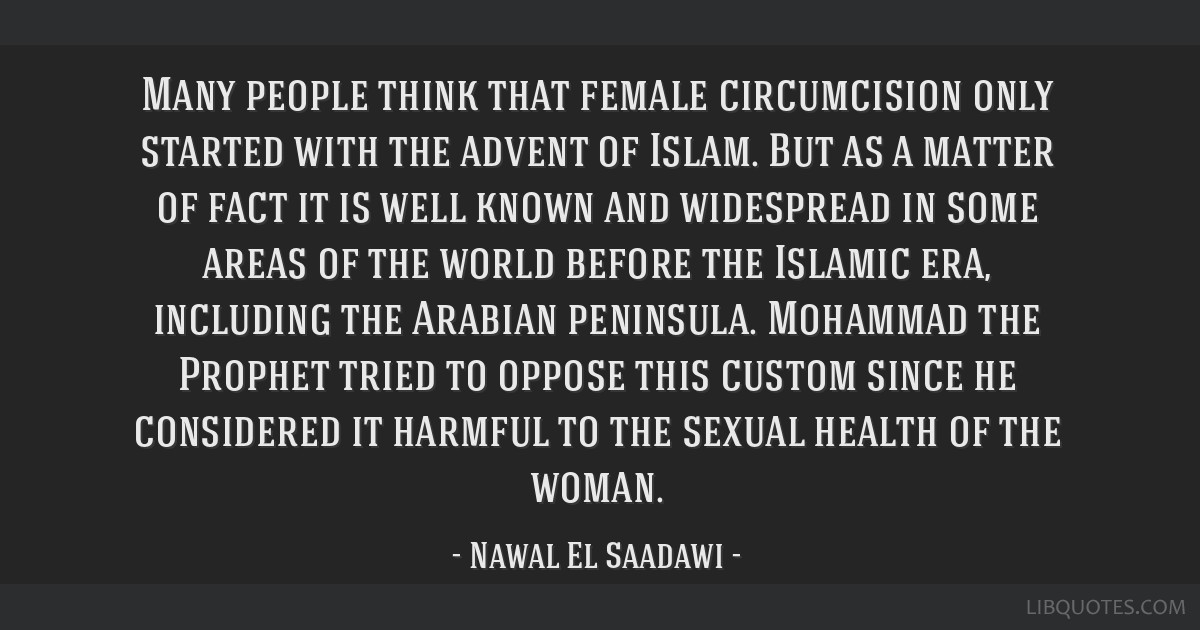 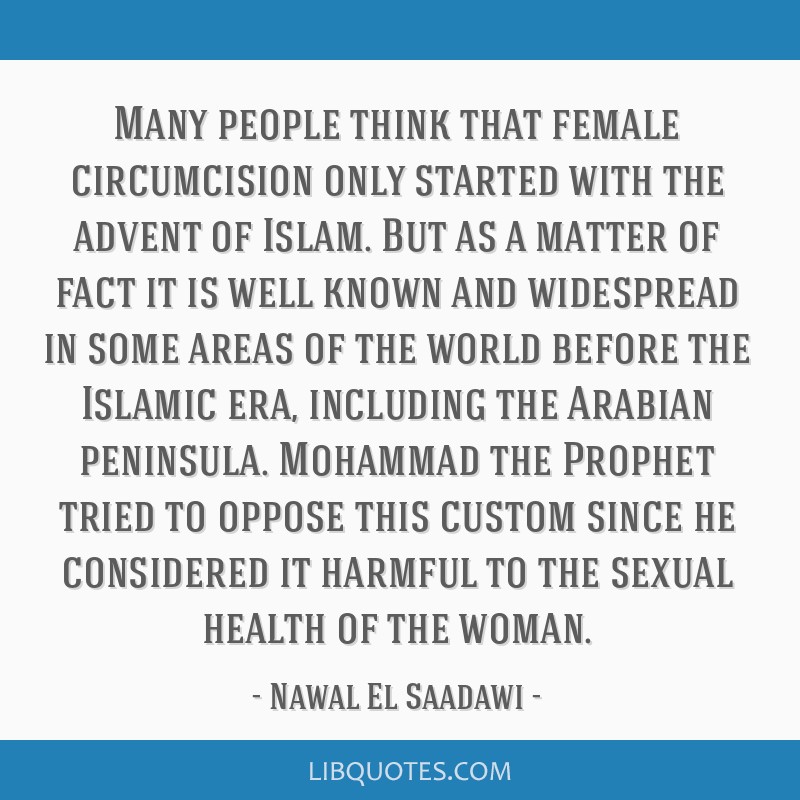 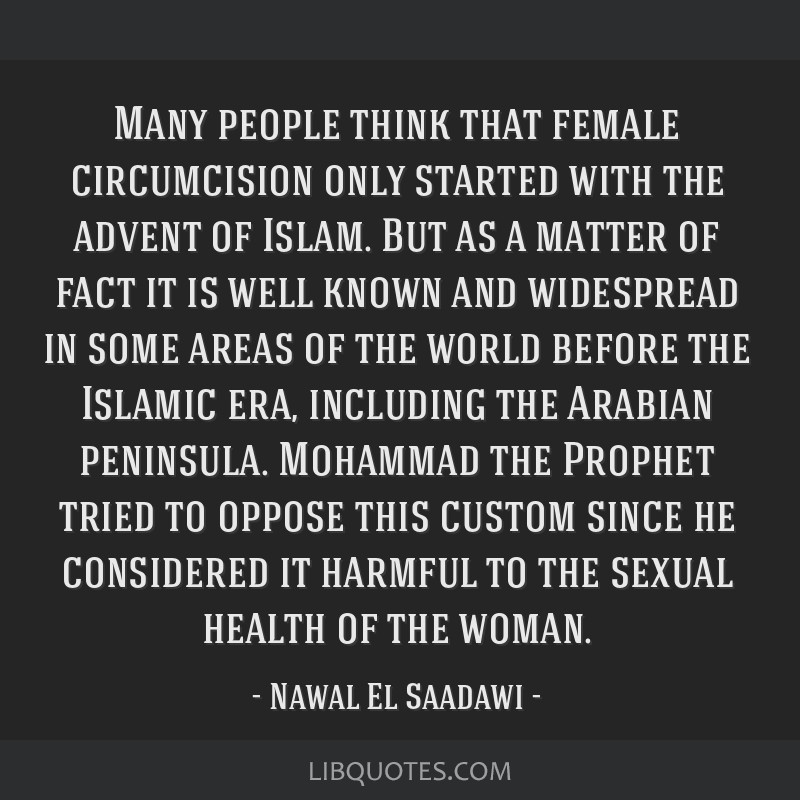 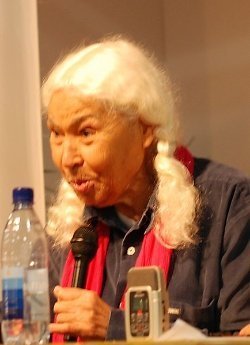