Since humans became self-regarding they have sought, as well, explanations for the common phenomena of procreation, death, the cycle of seasons, the earth, sea, wind and stars, sun and moon, plenty and disaster. With myth, the writer's ancestors, the oral story-tellers, began to feel out and formulate these mysteries, using the elements of daily life — observable reality — and the faculty of the imagination — the power of projection into the hidden — to make stories. 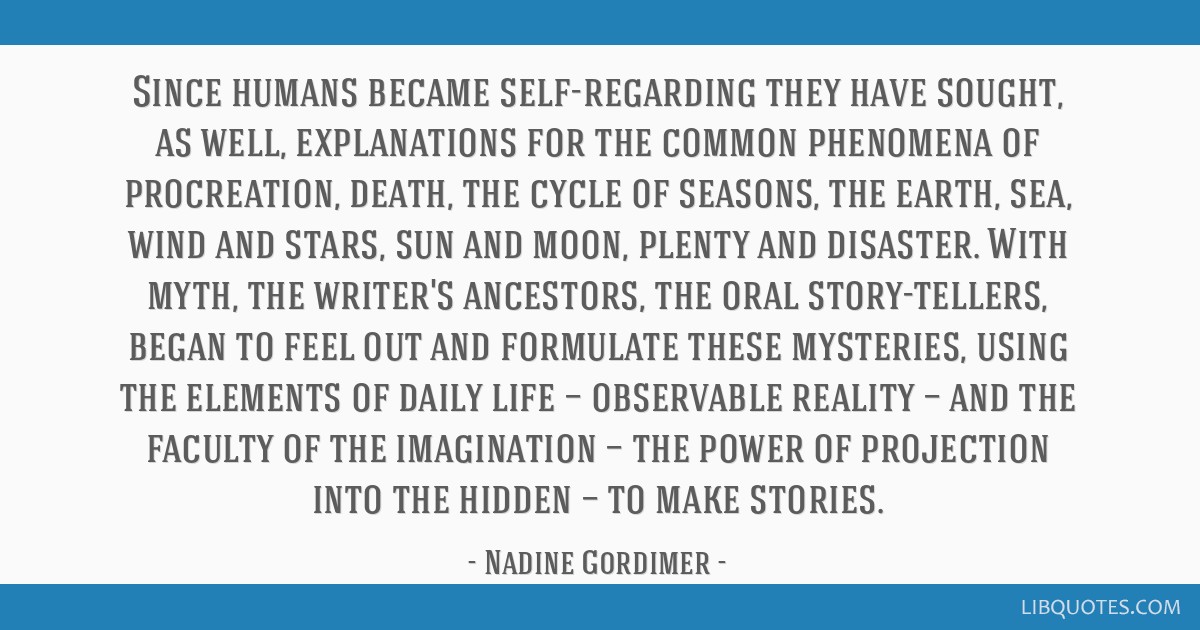 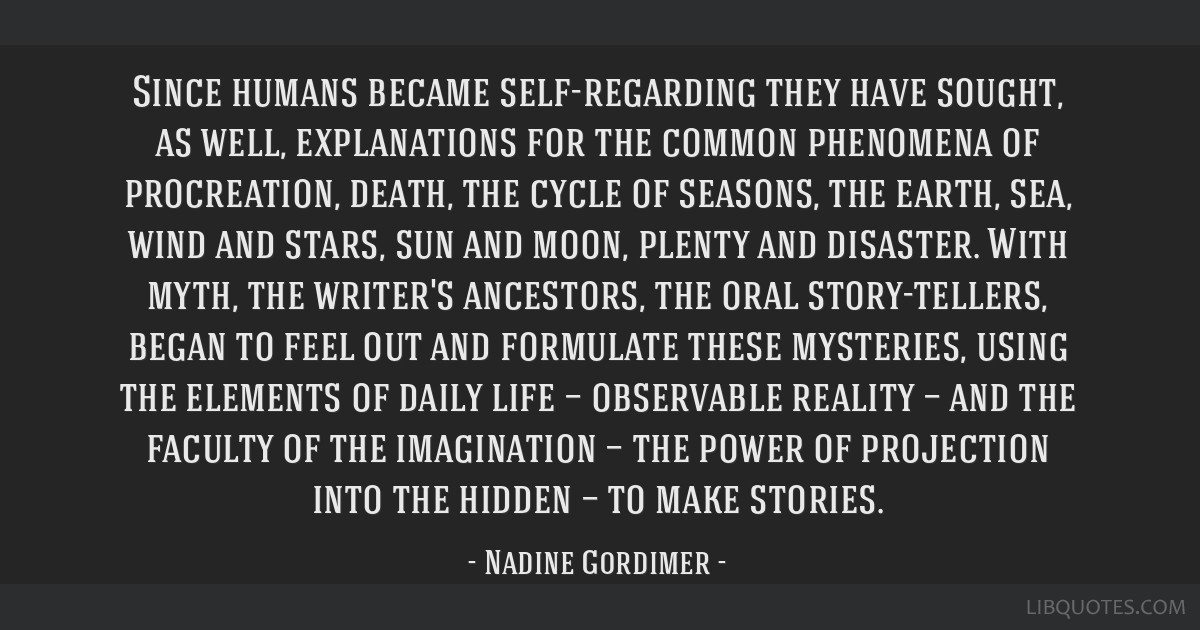 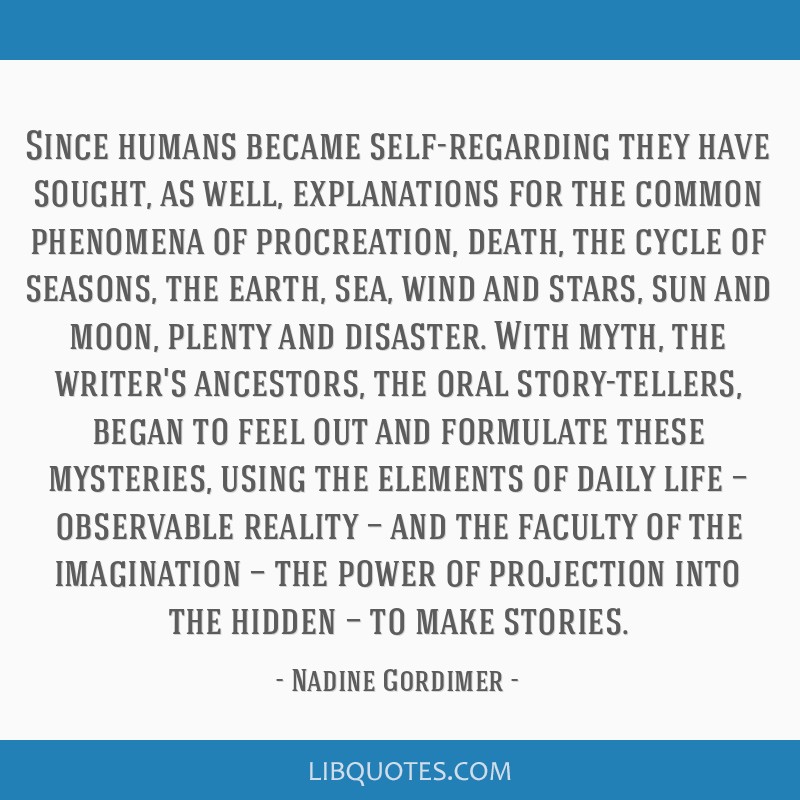 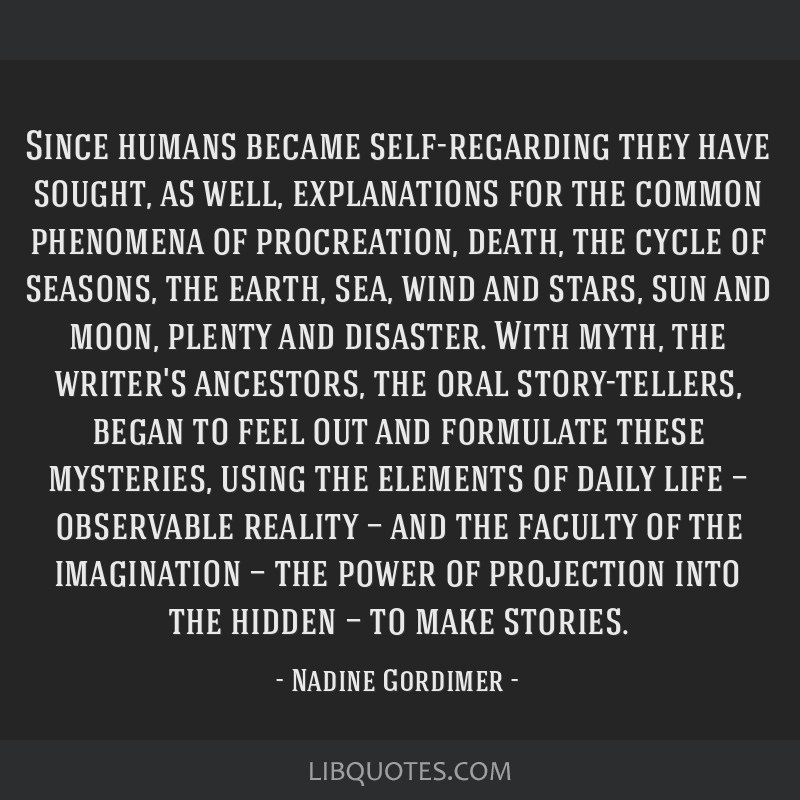 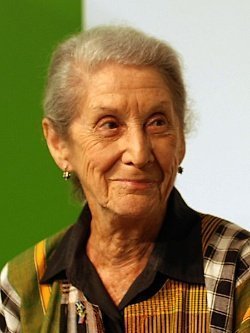