Narrated Abu Musa: The Prophet said, "I saw in a dream that I waved a sword and it broke in the middle, and behold, that symbolized the casualties the believers suffered on the Day (of the battle) of Uhud. Then I waved the sword again, and it became better than it had ever been before, and behold, that symbolized the Conquest (of Mecca) which Allah brought about and the gathering of the believers. " 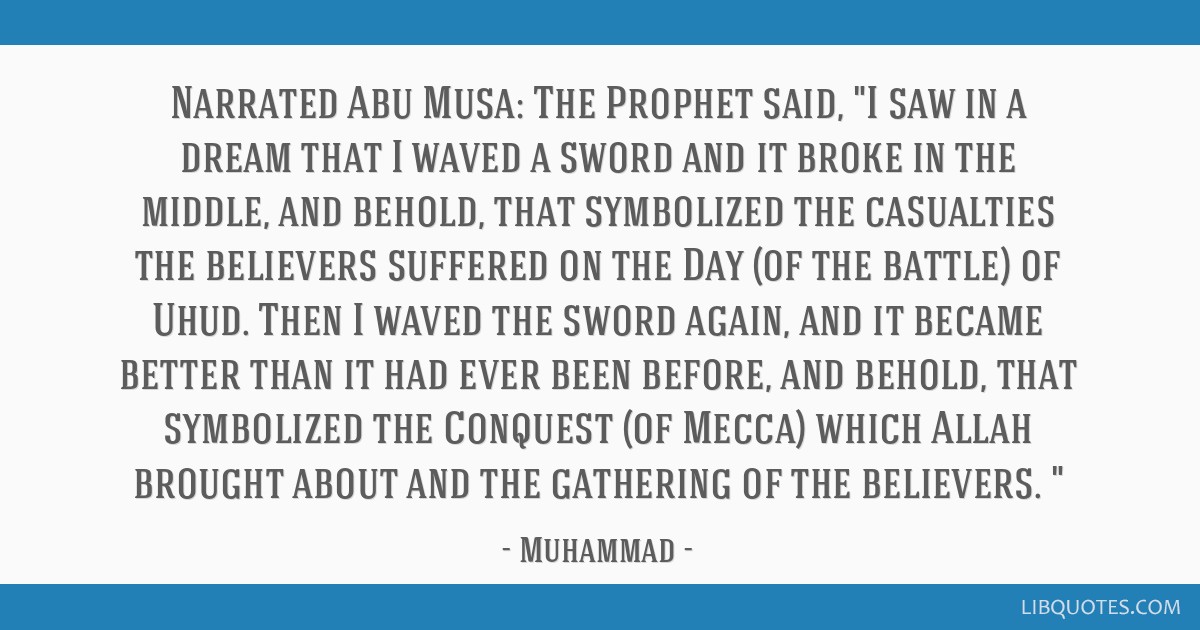 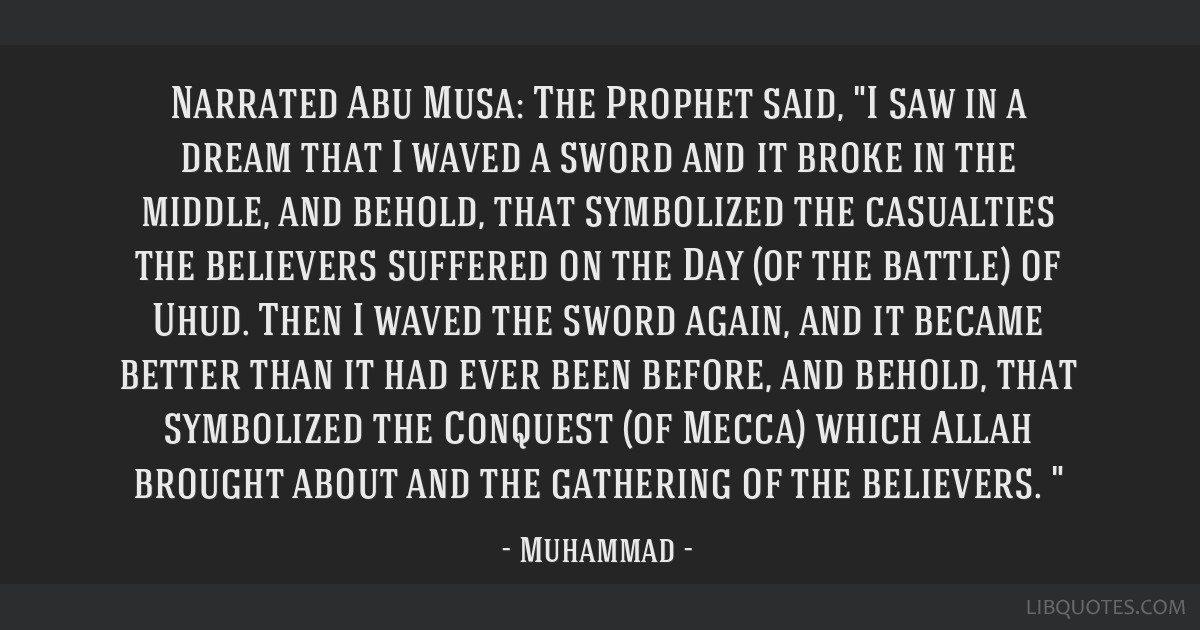 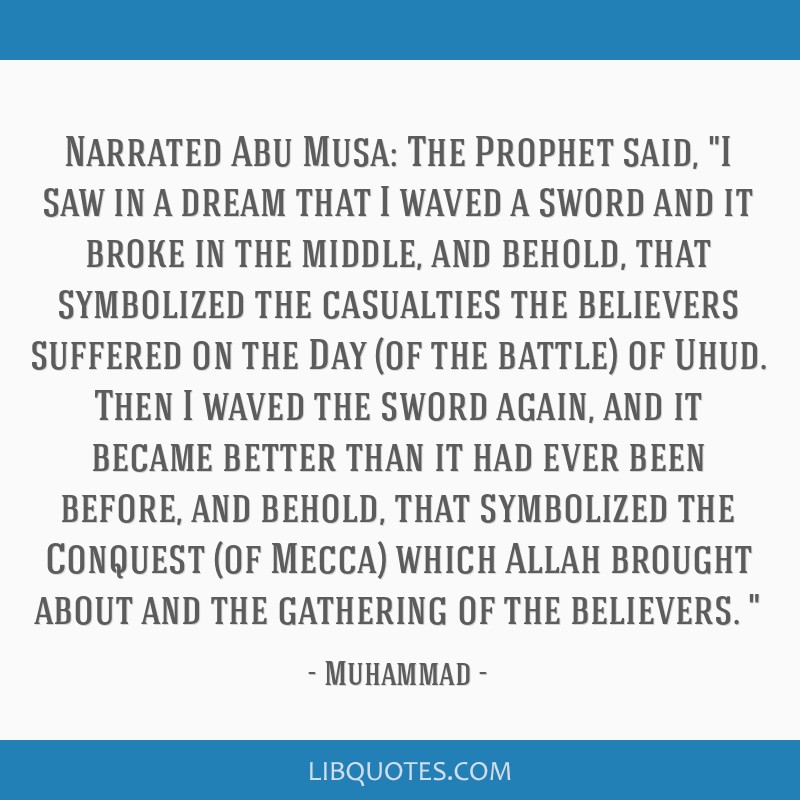 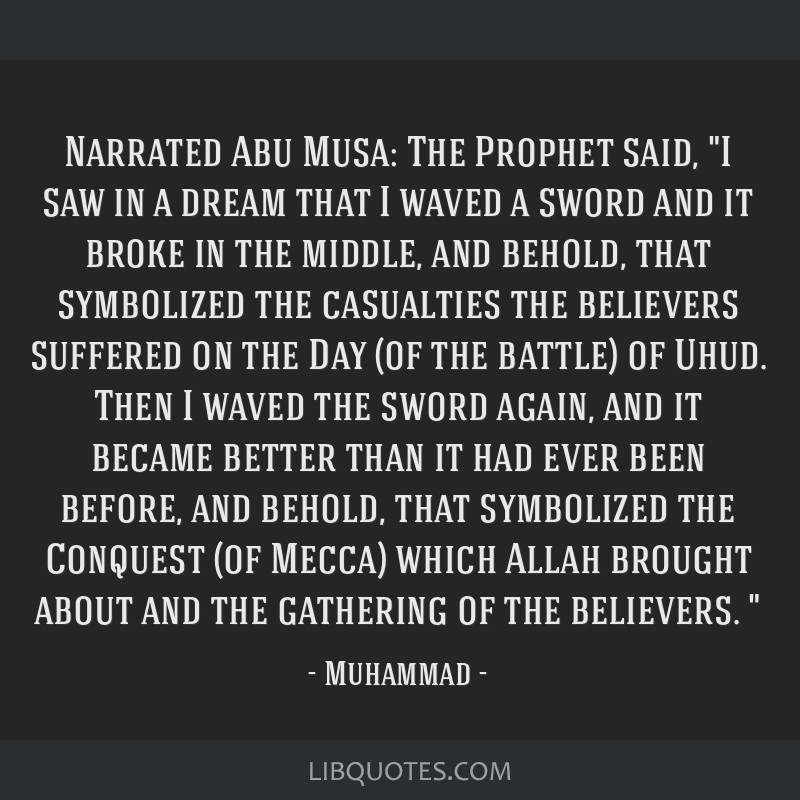