A man came to Allah's Apostle and said, "Instruct me as to such a deed as equals Jihad (in reward)." He replied, "I do not find such a deed." Then he added, "Can you, while the Muslim fighter is in the battle-field, enter your mosque to perform prayers without cease and fast and never break your fast?" The man said, "But who can do that?" Abu- Huraira added, "The Mujahid (i. e. Muslim fighter) is rewarded even for the footsteps of his horse while it wanders about (for grazing) tied in a long rope." 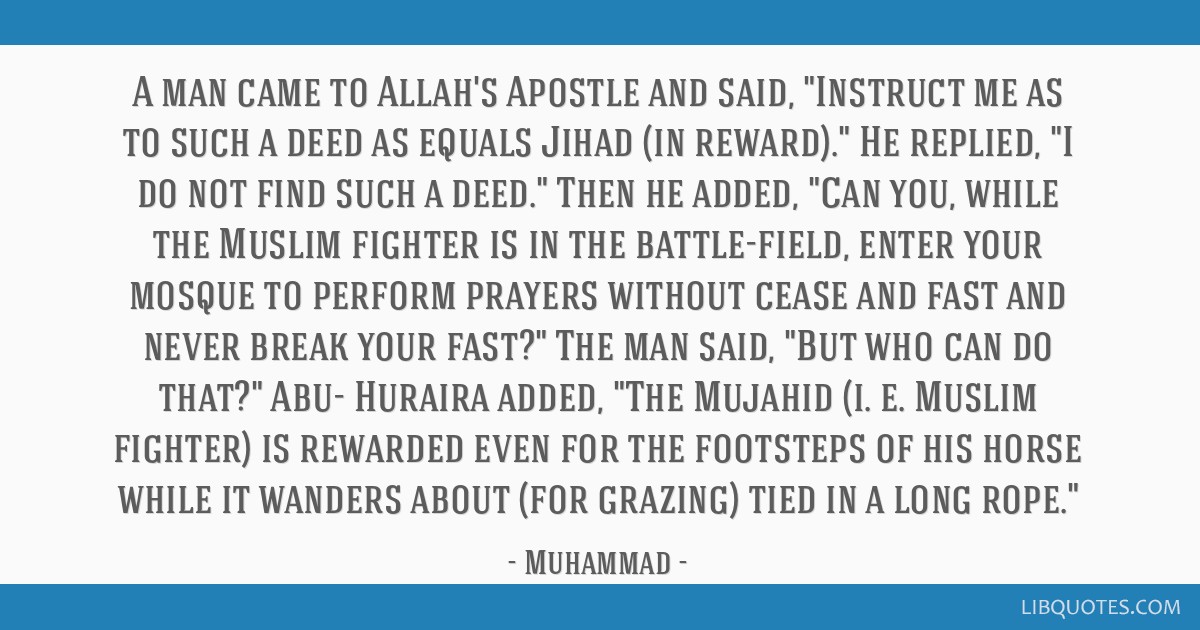 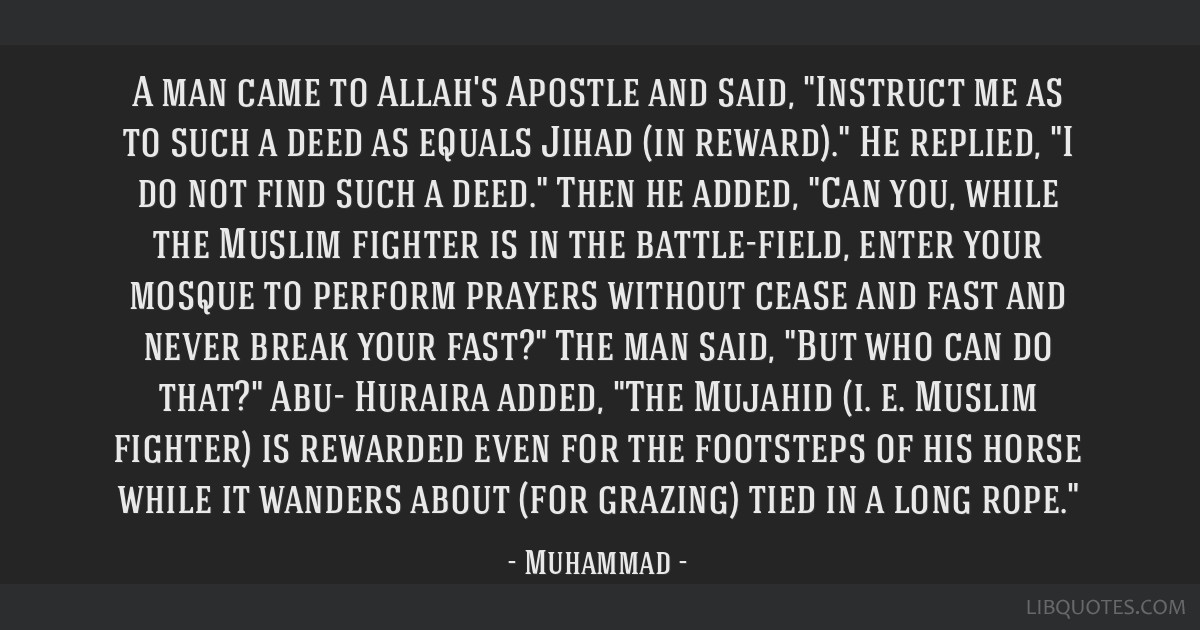 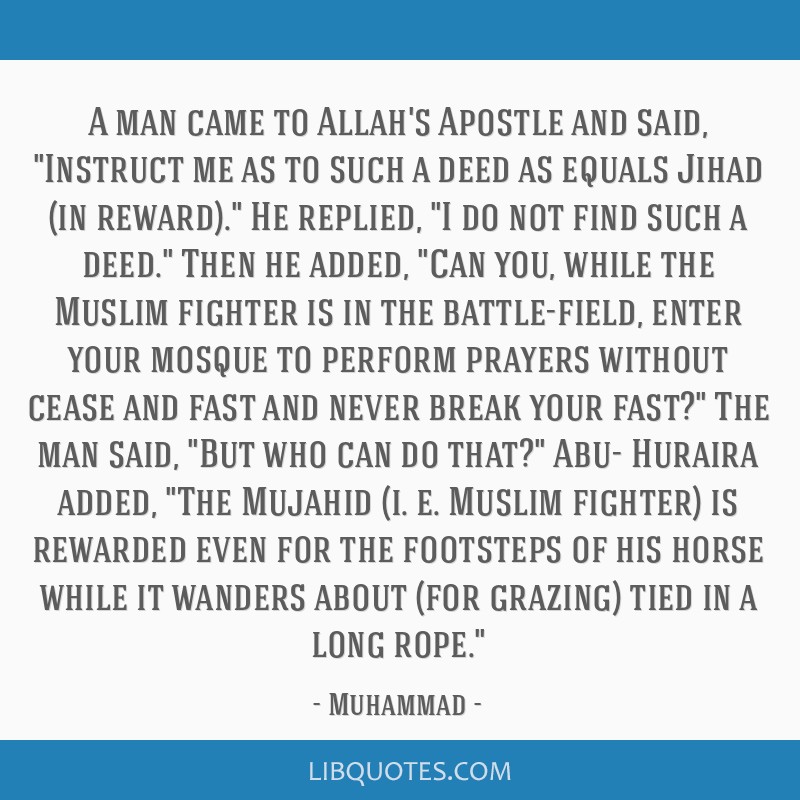 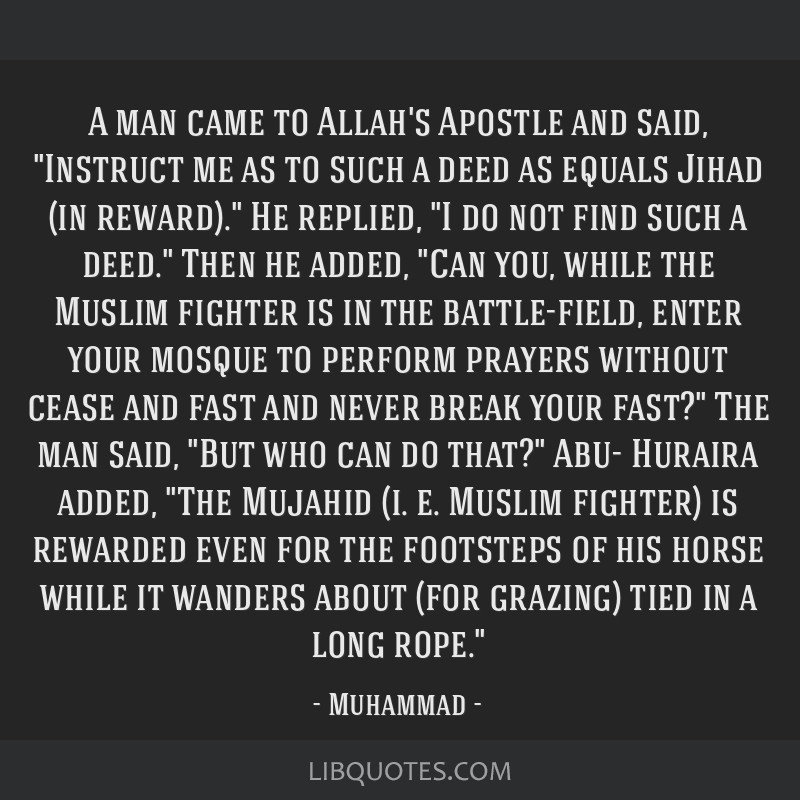