For, according to the teachings of Islam, moral knowledge automatically forces moral responsibility upon man. A mere Platonic discernment between Right and Wrong, without the urge to promote Right and to destroy Wrong, is a gross immorality in itself, for morality lives and dies with the human endeavour to establish its victory upon earth. 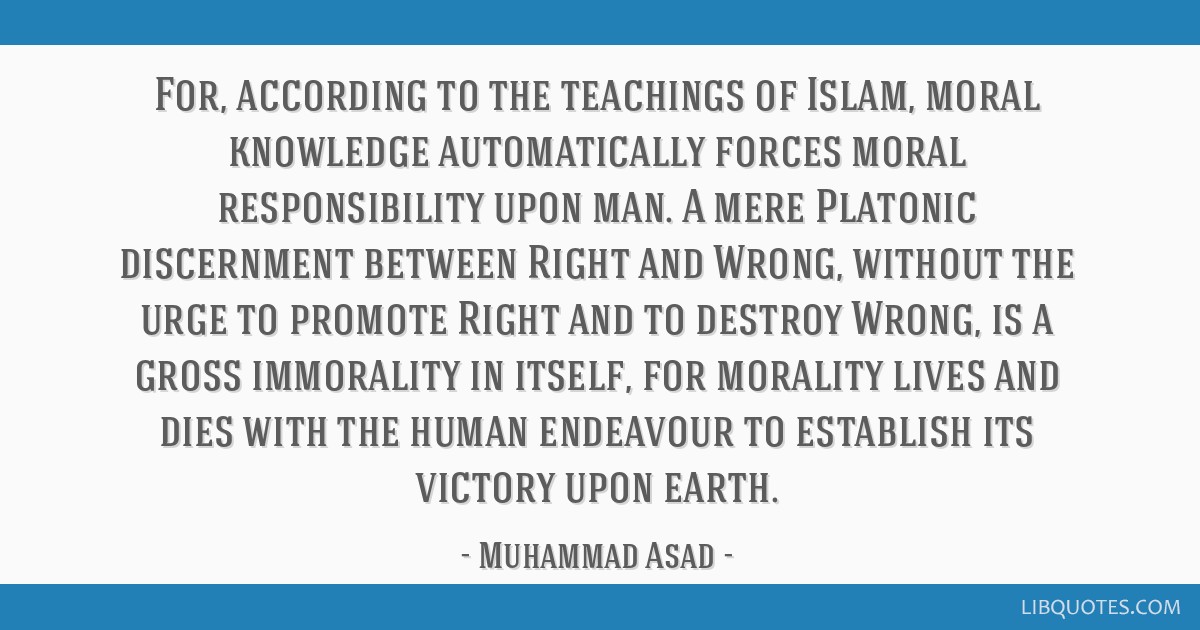 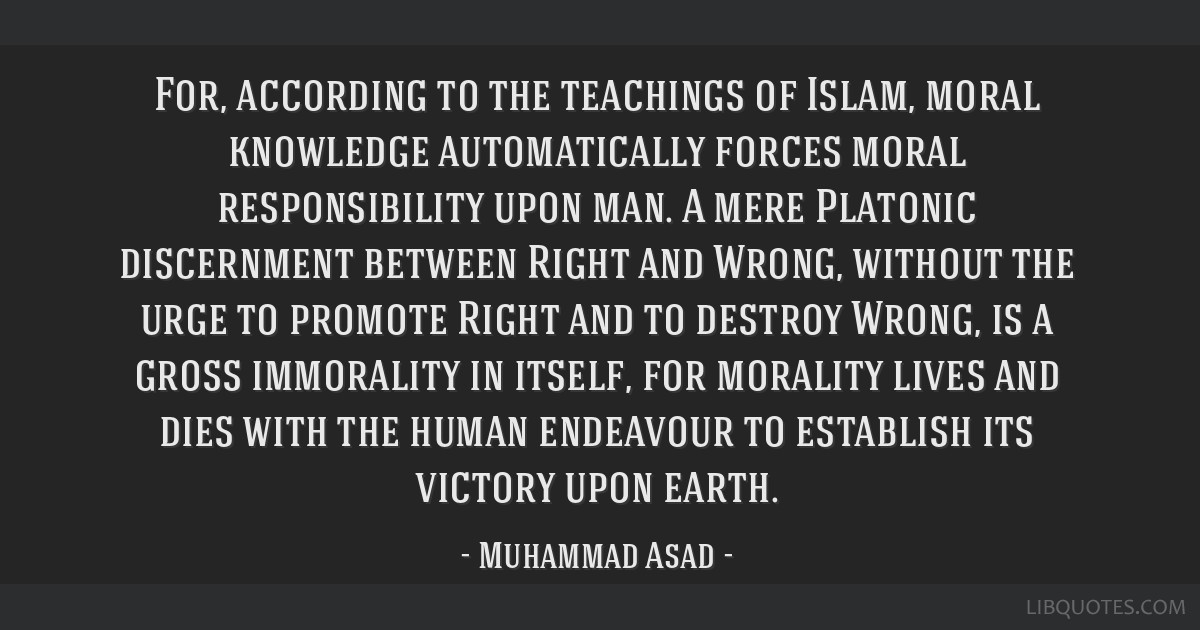 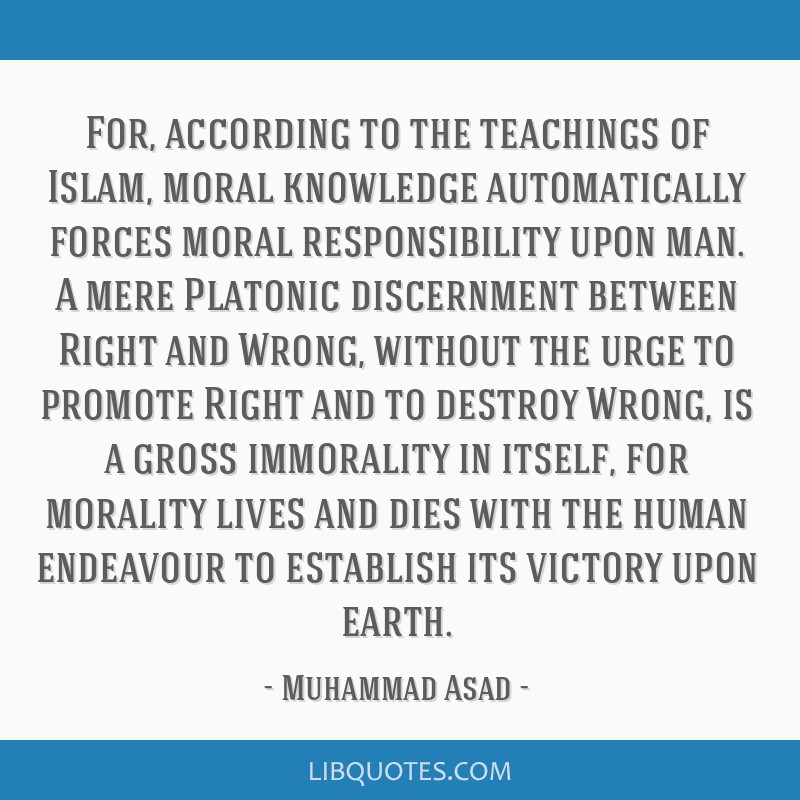 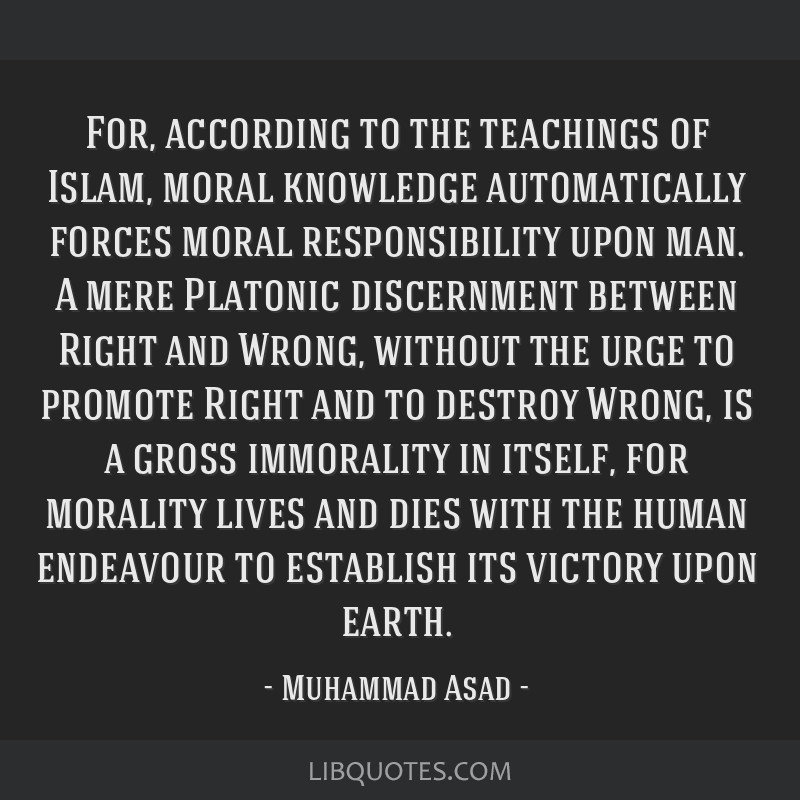 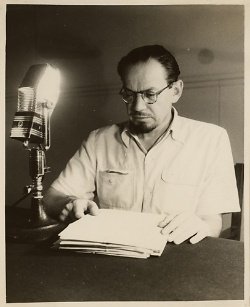