... language, as an example of a semiotic system, contains all four levels of organization as follows:
First, it is transmitted physically, by sound waves traveling through the air; secondly, it is produced and received biologically, by the human brain and its associated organs of speech and hearing; thirdly it is exchanged socially, in contexts set up and defined by the social structure; and fourthly it is organized semiotically as a system of meanings

Michael Halliday
A child learning his [her] mother tongue is learning how to name; he [she] is building up a meaning potential in respect of a limited number of social functions. These functions [instrumental, regulatory, interactional, personal, heuristic, and imaginative] constitute the semiotic environment of a very small child, and may be thought of as universals of human culture

Michael Halliday
It is part of the task of linguistics to describe texts, and all texts, including those prose or verse, which fall within any definition of literature and are accessible to analysis by the existing methods of linguistics.

Michael Halliday
The grammatical system has … a functional input and a structural output; it provides the mechanism for different functions to be combined in one utterance

Michael Halliday
Foregrounding, as I understand it, is prominence that is motivated

Michael Halliday
The interpersonal function [of language] is the function to establish, maintain, and specify relations between members of societies

Michael Halliday
[A register is constituted by] the linguistic features which are typically associated with a configuration of situational features - with particular values of the field, mode and tenor.

Michael Halliday
A physical system is just that: a physical system. What is systematized is matter itself, and the processes in which the system is realized are also material. But a biological system is more complex: it is both biological and physical — it is matter with the added component of life; and a social system is more complex still: it is physical, and biological, with the added component of social order, or value. … A semiotic system is still one step further in complexity: it is physical, and biological, and social —and also semiotic: what is being systematized is meaning. In evolutionary terms, it is a system of the fourth order of complexity

Michael Halliday
[interpersonal meaning] embodies all use of language to express social and personal relations, including all forms of the speaker's intrusion into the speech situation and the speech act.

Michael Halliday
Traditionally, grammar has always been a grammar of written language: and it has always been a product grammar ['Product' is here used as one term of the Hjelmslevian pair process/product.] A process/product distinction is a relevant one for linguists because it corresponds to that between our experience of speech and our experience of writing: writing exists whereas speech happens.

Michael Halliday
The human sciences have to assume at least an equal responsibility in establishing the foundations of knowledge.

Michael Halliday
[Register] is set of meanings, the configuration of semantic patterns, that are typically drawn upon under the specified conditions, along with the words and structures that are used in the realization of these meanings.

Michael Halliday
The text is a product in the sense that it is an output, something that can be recorded and studied, having a certain construction that can be represented in systematic terms. It is a process in the sense of a continuous process of semantic choice, a movement through the network of meaning potential, with each set of choices constituting the environment for a further set.

Michael Halliday
The construal of context as a semiotic construct accompanies the construal of language as a metafunctionally organized system because of the realizational relationship between the two. And it is this relationship which helps to explain how language is learned:
It is this that enables, and disposes, the child to learn the lexicogrammar: since the system is organized along functional lines, it relates closely to what the child can see language doing as he observes it going on around him.

Michael Halliday
… language has evolved in the service of particular human needs … what is really significant is that this functional principle is carried over and built into the grammar, so that the internal organization of the grammar system is also functional in character.

Michael Halliday
What makes learning possible is that the coding imposed by the mother tongue corresponds to a possible mode of perception and interpretation of the environment. A green car can be analysed experientially as carness qualified by greenness, if that is the way the system works.

Michael Halliday
We should not, perhaps, take it for granted that a description in terms of a formalised model, which has certain properties lacking in those derived from models of another kind, will necessarily be the best description for all of the very diverse purposes for which the descriptions of languages are needed. In assessing the value of a description, it is reasonable to ask whether it has proved useful for the purposes for which it was intended.

Michael Halliday
The theme is what is being talked about, the point of departure for the clause as message, and the speaker has within certain limits the option of selecting any element in the clause as thematic. 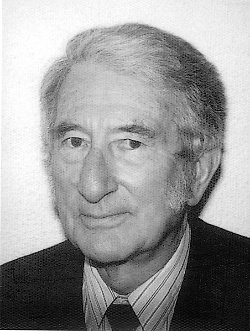