I need your help. The abstruse nature of the subject requires not only concentrated reading, not alone clear understanding, but co-operation with the author. For that which could easily be made comprehensible by personal contact and demonstration, must of necessity depend on mere words and intellectual concepts. Many of the questions that may arise in your mind during or after reading of each chapter can best be answered through the practical application of the exercises prescribed herein. Unfortunately, there is no other way to co-operate: the technique of acting can never be properly understood without practicing it.

Michael Chekhov
Compassion may be called the fundamental of all good art because it alone can tell you what other beings feel and experience. Only compassion severs the bonds of your personal limitations, and gives you deep access into the inner life of the character you study, without which you cannot properly prepare it for the stage

Michael Chekhov
Why be narrow-minded, why cut ourselves off from any of these rich heritages when… we have the freedom to make the most of the best in all techniques? There are no prohibitions against it. All it takes is a little wisdom, imagination and courageous experimentation.

Michael Chekhov
In every well-written play the battle rages between the primary powers of Good and Evil, and it is this battle which constitutes the life impulse of the play, its driving force, and is basic to all plot structures...In any true piece of art...the beginning and the end are, or should be, polar in principle. All the main qualities of the first section should transform themselves into their opposites in the last section. 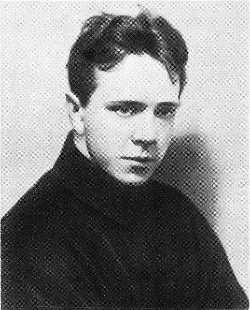