The Declaration of Independence states that all men are created equal, and in 1776, that's exactly what they meant. Women could not vote, women could not own property, and blacks were considered property. After 200 years of enlightenment, we have realized that gender and race are inappropriate distinctions for determining who has individual rights. Anytime Gov gives you permission they let you know that you have permission by giving you a permit or a license. If you have a marriage license, what permission do you have to do now that you did not have permission to do before, who gave you that permission, and who gave them the authority to give you that permission in the first place? 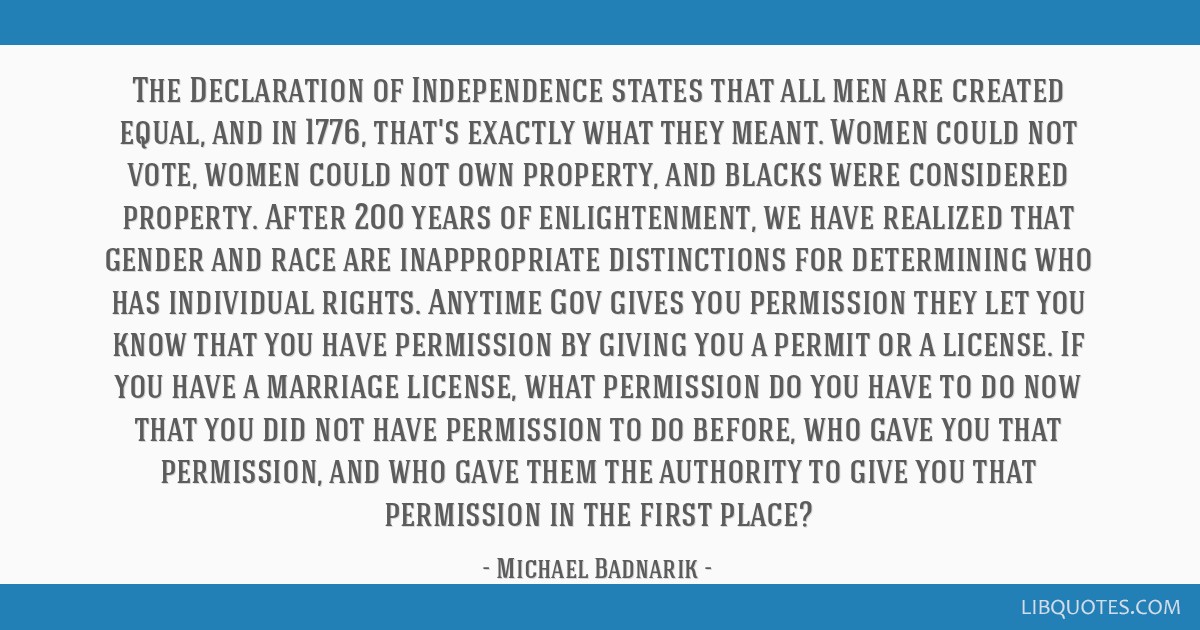 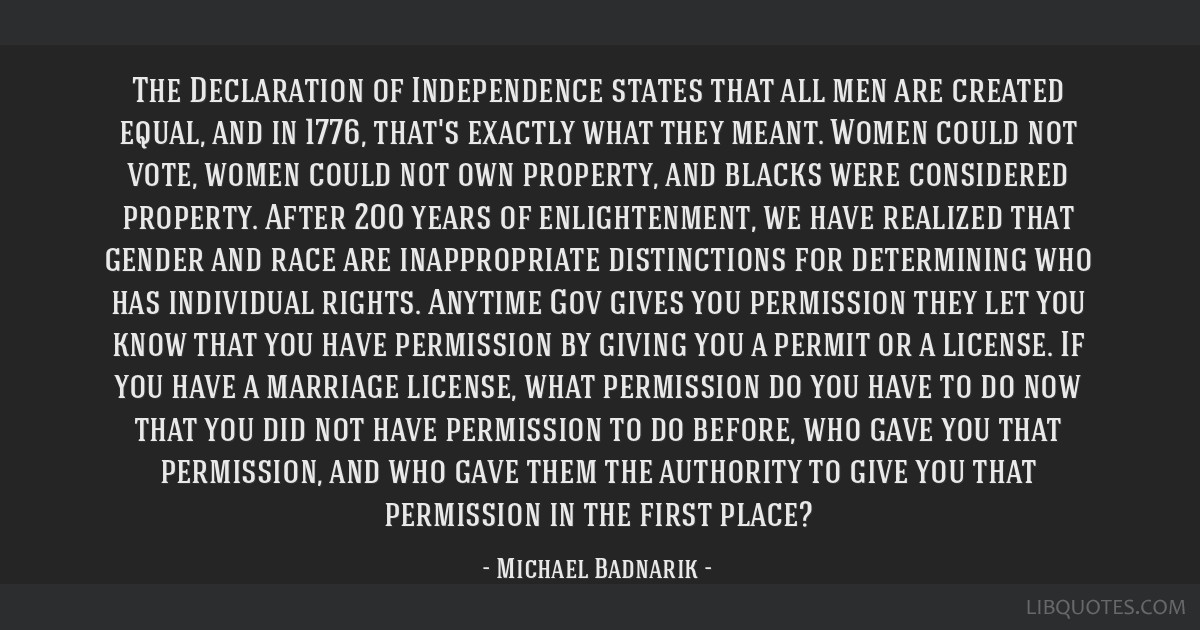 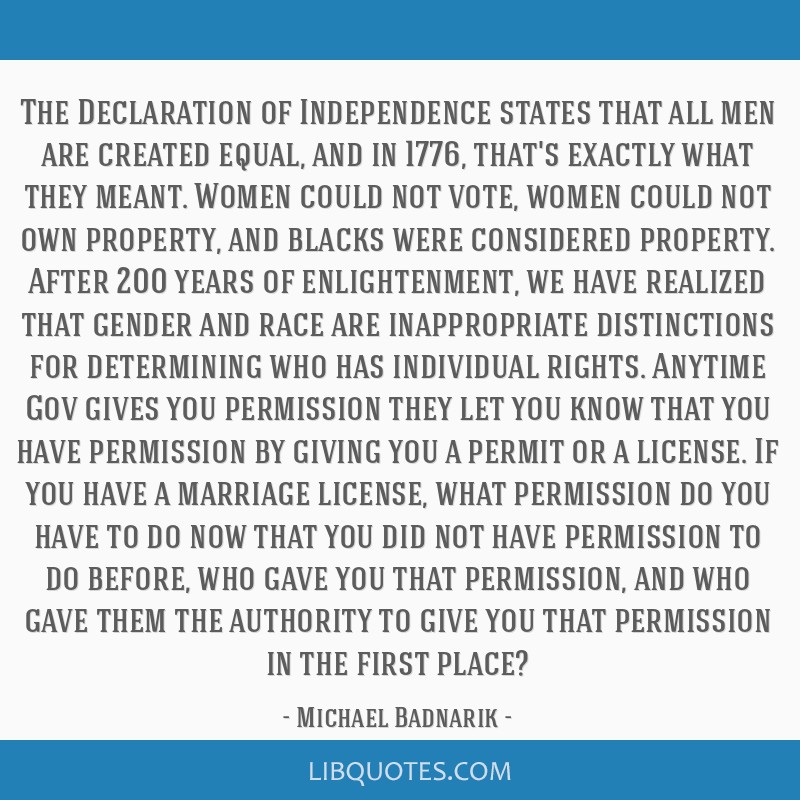 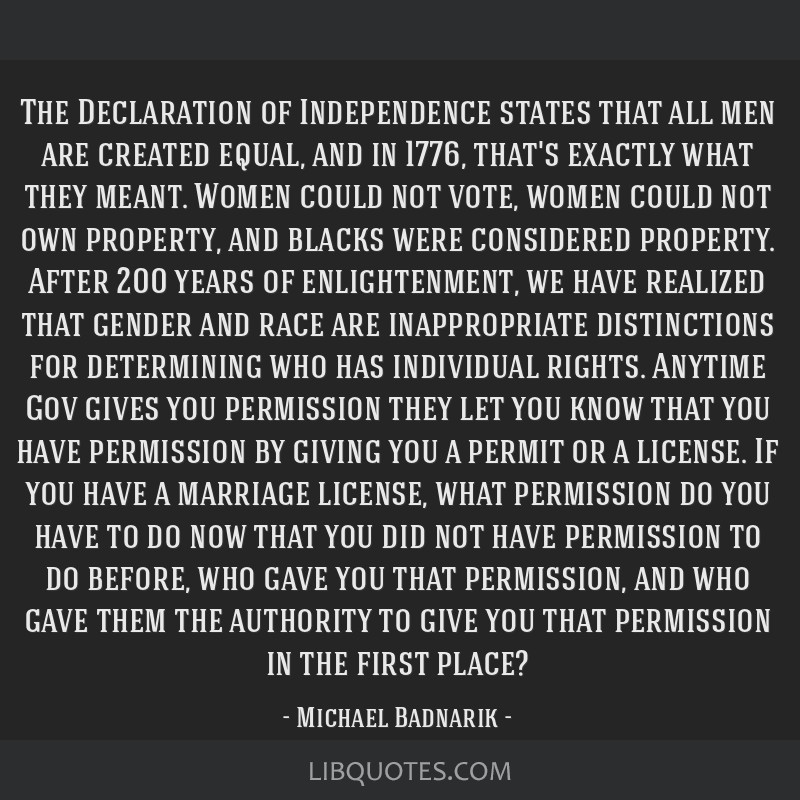 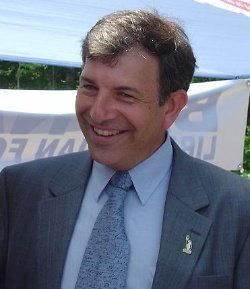