Did you see him? I know the photo was grainy, but he looks like one of those death metal goth heads, or whatever they're called. All dressed in black with long hair I took umbrage at my mother describing my boyfriend this way. John was the Lord of the Underworld. How else was he supposed to dress? 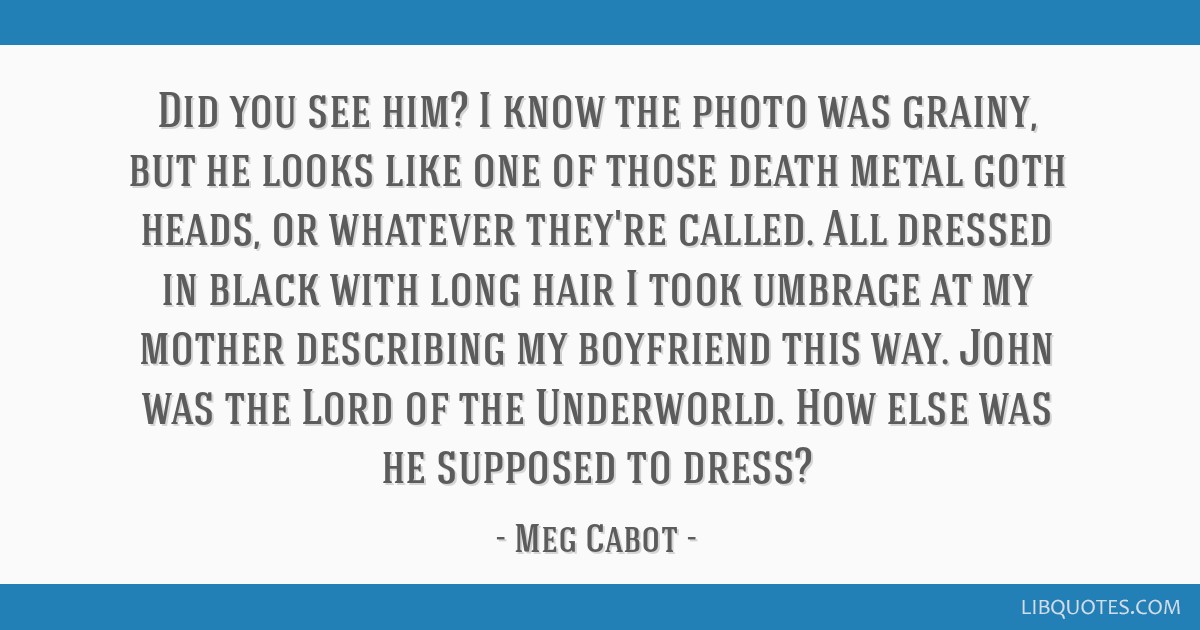 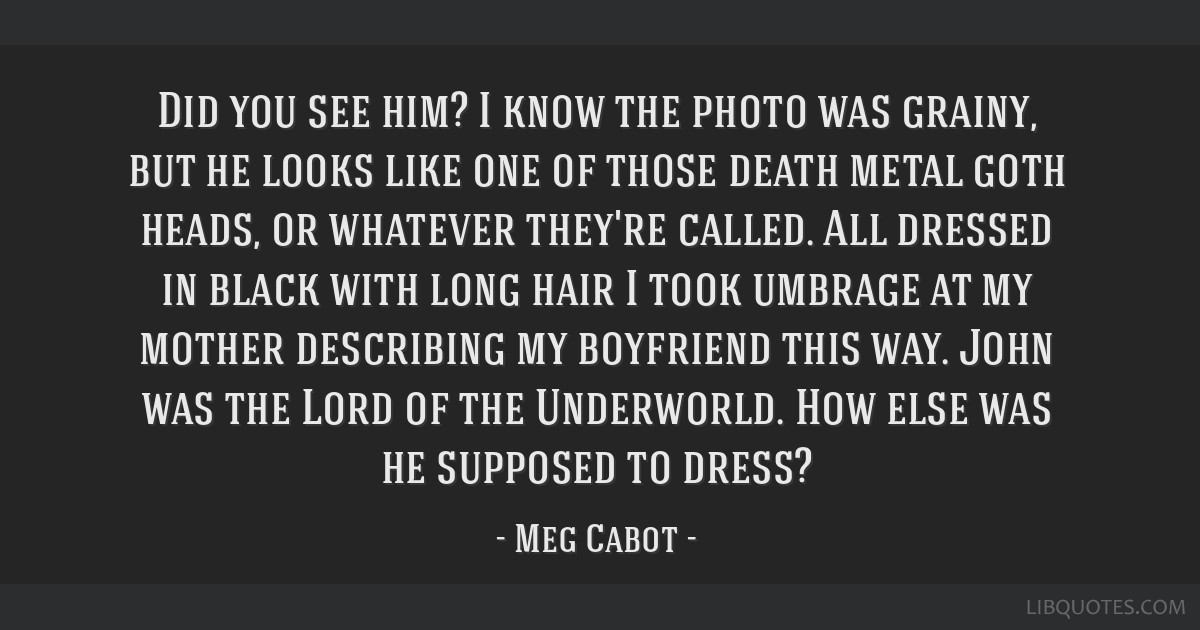 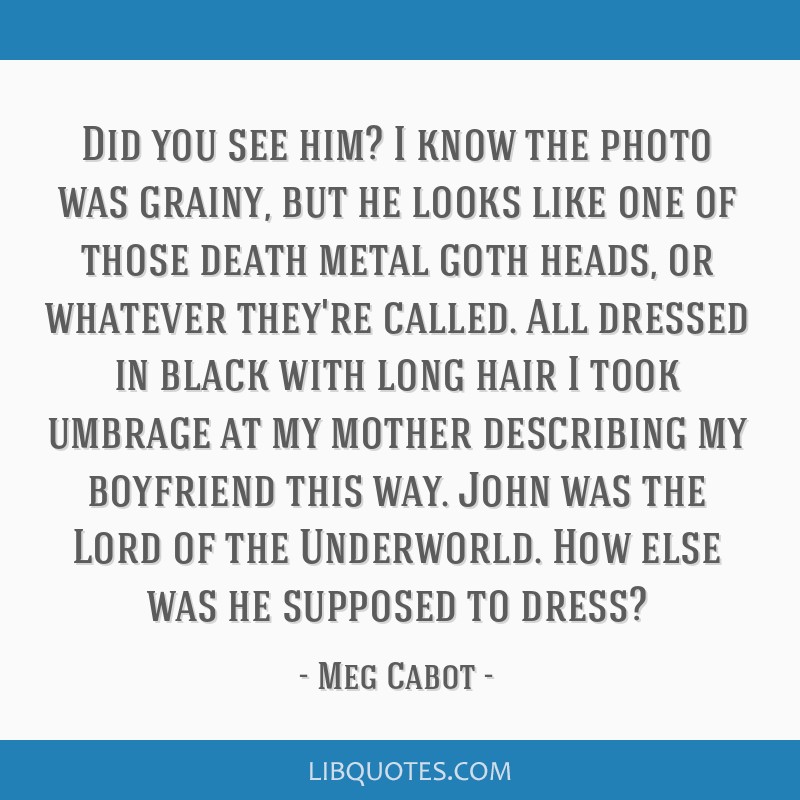 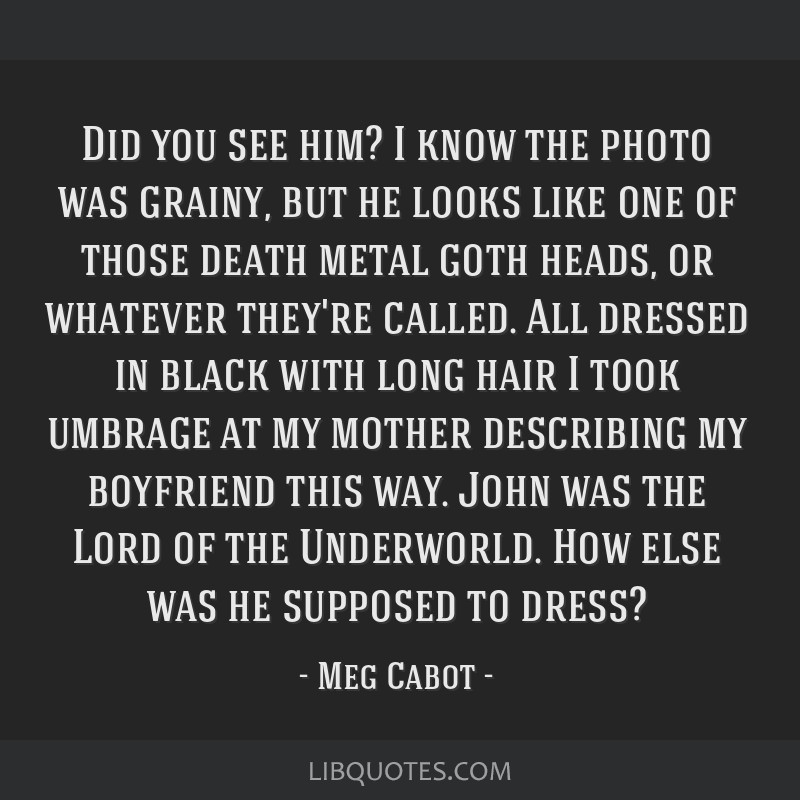 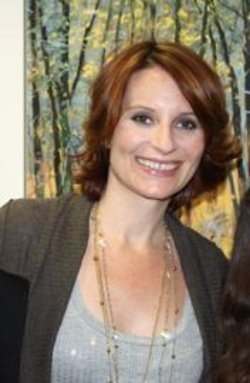