Your god isn't real. He's not moral. The Bible isn't moral. Islam isn't moral. None of these religious systems— anything that deteriorates the value of human beings, anything that hangs on to Bronze Age ideals about genocide and slavery and murder and deference to higher powers. None of those things are moral. We've graduated beyond that, and I'm sorry that we've had to drag religions kicking﻿ and screaming into the 21st century, but some of you gotta let this stuff go. You're not gonna get anywhere until you realize that it's OK not to be afraid. It's OK to say, "you know, I think slavery is wrong. I think slavery was probably always wrong. I think that you're a good person, and yeah it does sound like a crappy system." 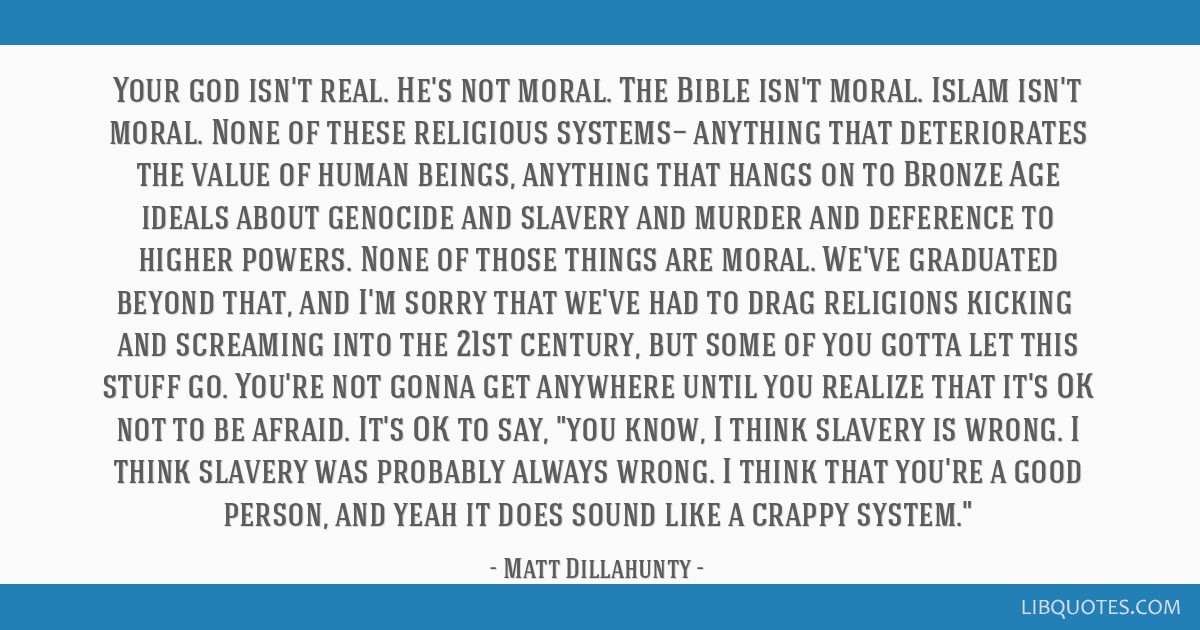 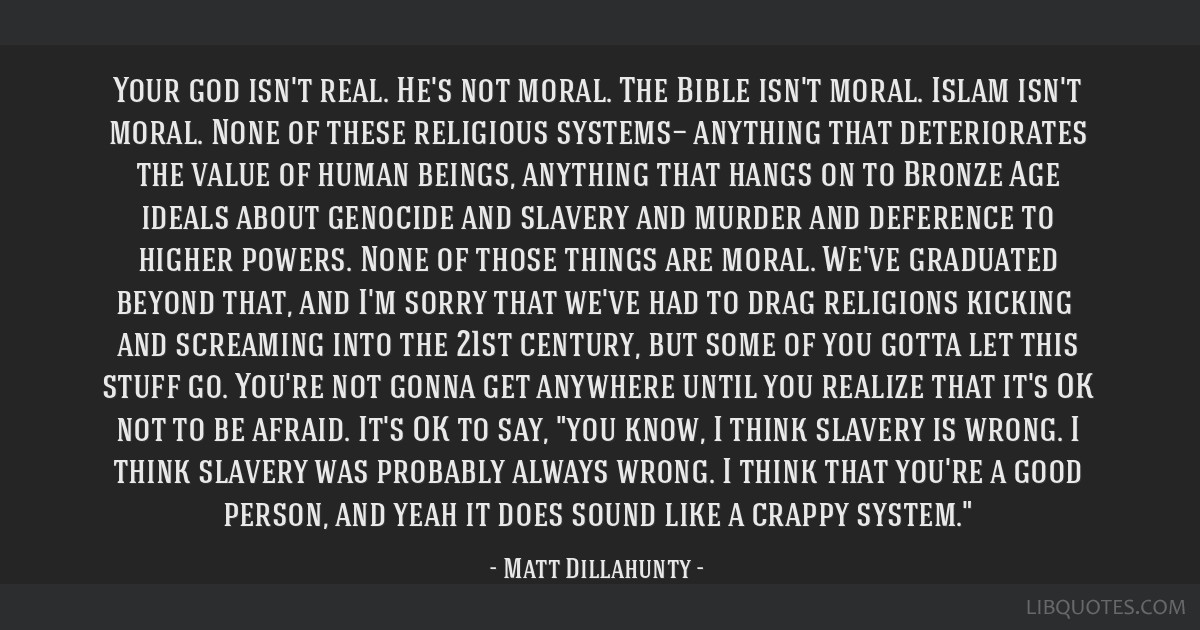 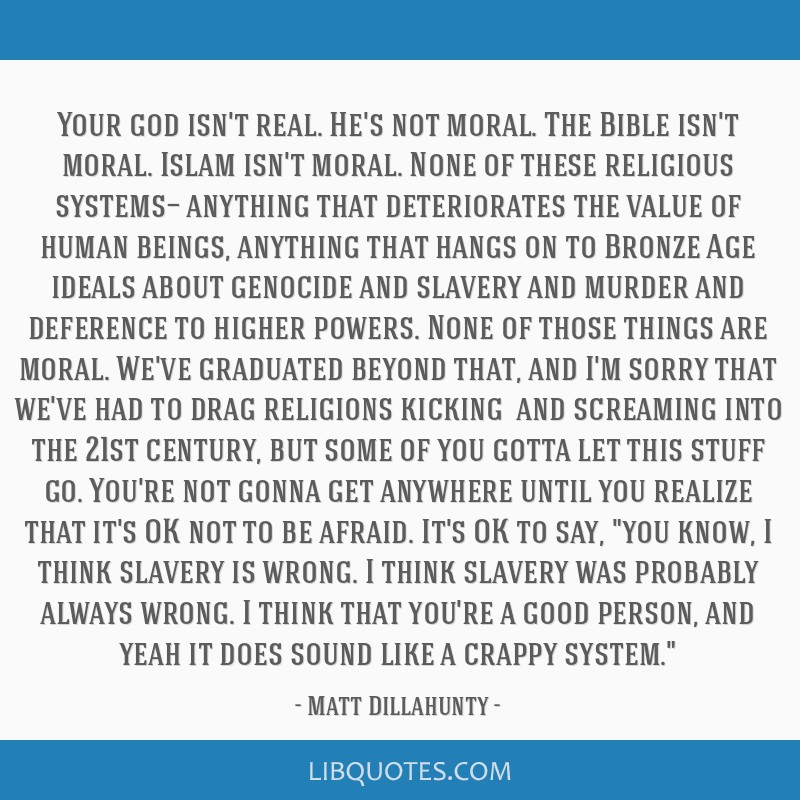 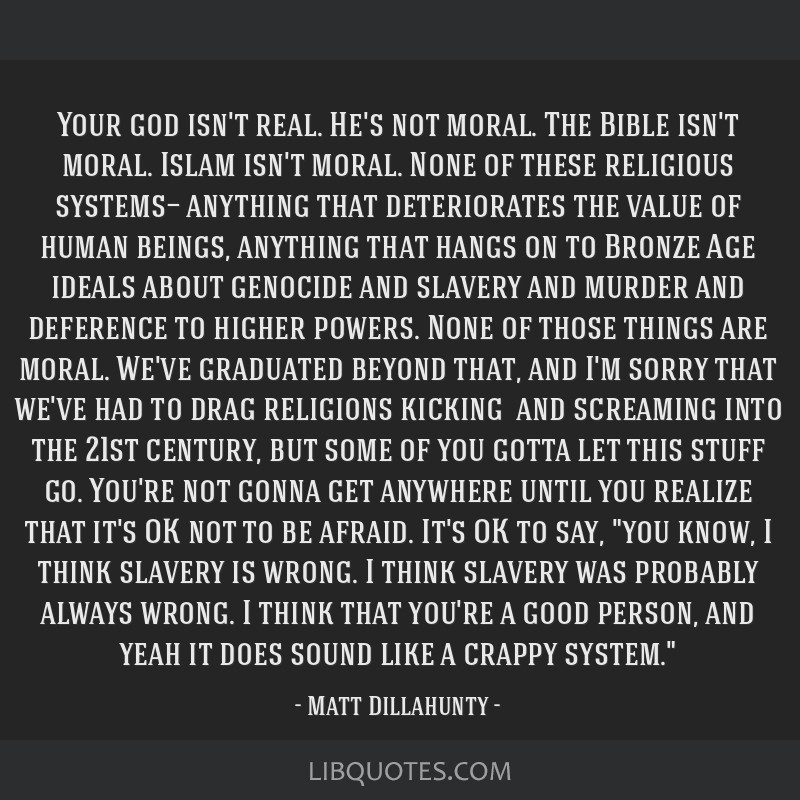 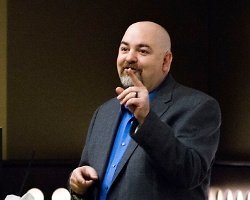