Those in the crossing must in the end know what is mistaken by all urging for intelligibility: that every thinking of being, all philosophy, can never be confirmed by "facts," ie, by beings. Making itself intelligible is suicide for philosophy. Those who idolize "facts" never notice that their idols only shine in a borrowed light. They are also meant not to notice this; for thereupon they would have to be at a loss and therefore useless. But idolizers and idols are used wherever gods are in flight and so announce their nearness.

Contributions to Philosophy (From Enowning) [Beitrage Zur Philosophie (Vom Ereignis)], notes of 1936–1938, as translated by Parvis Emad and Kenneth Maly (1989) 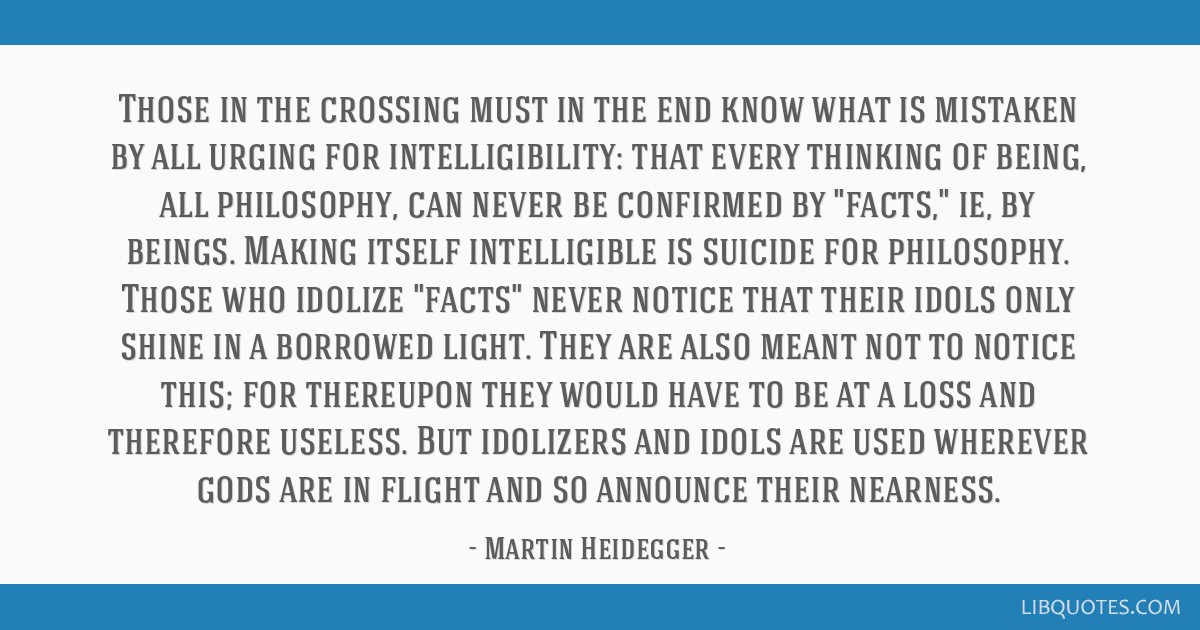 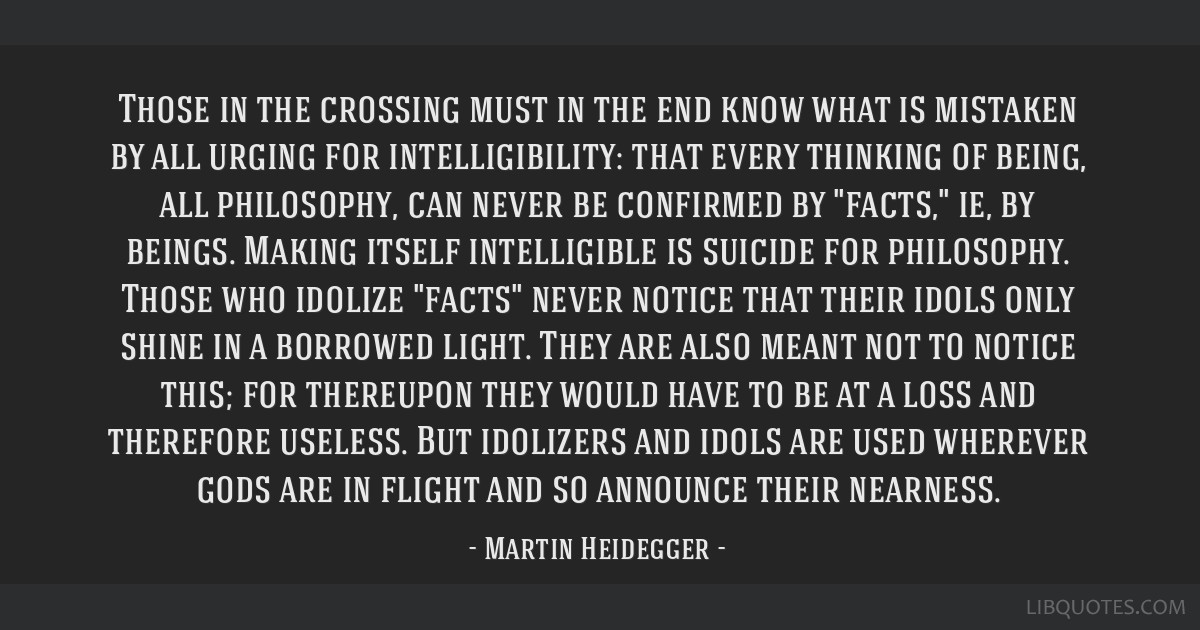 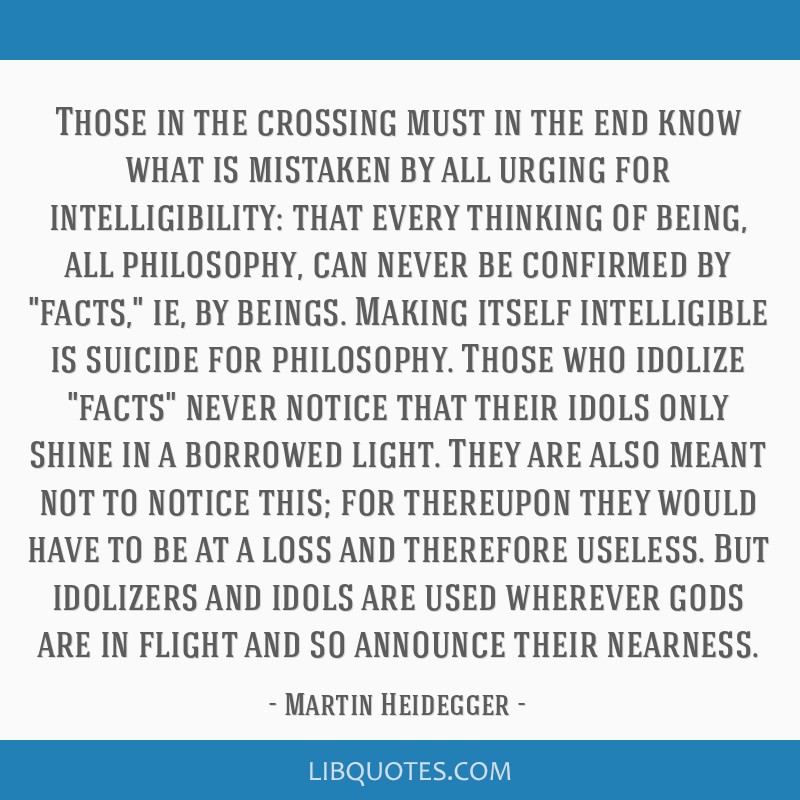 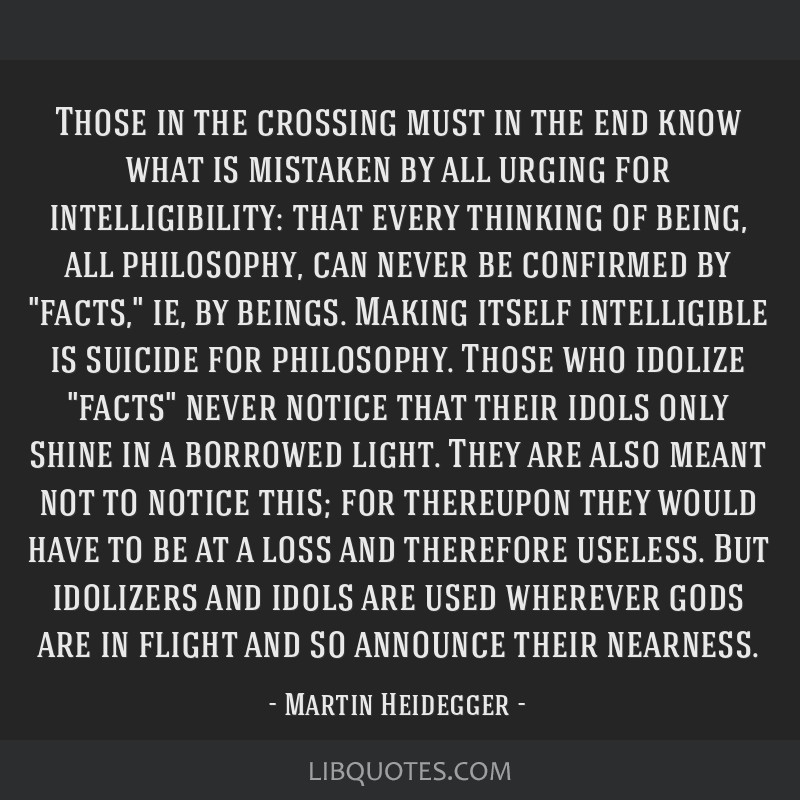