From our human experience and history, at least as far as I am informed, I know that everything essential and great has only emerged when human beings had a home and were rooted in a tradition. Today's literature is, for instance, largely destructive.

Interview (23 September 1966), published posthumously in Der Spiegel (31 May 1976), as translated by Maria P. Alter and John D. Caputo in The Heidegger Controversy : A Critical Reader (1991), edited by Richard Wolin. 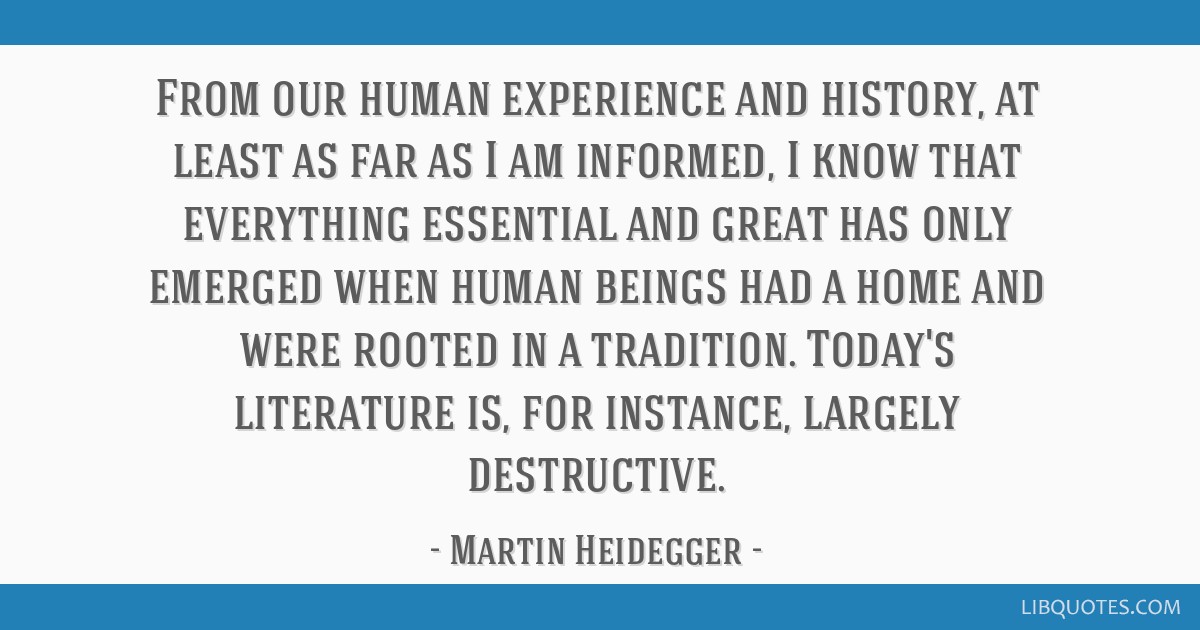 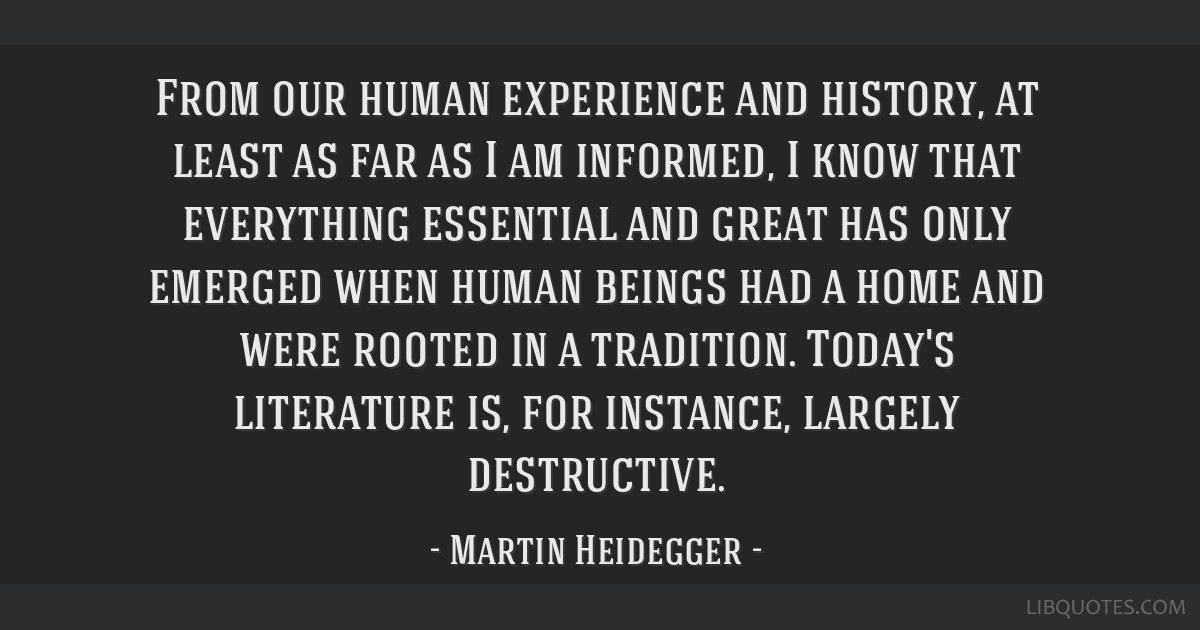 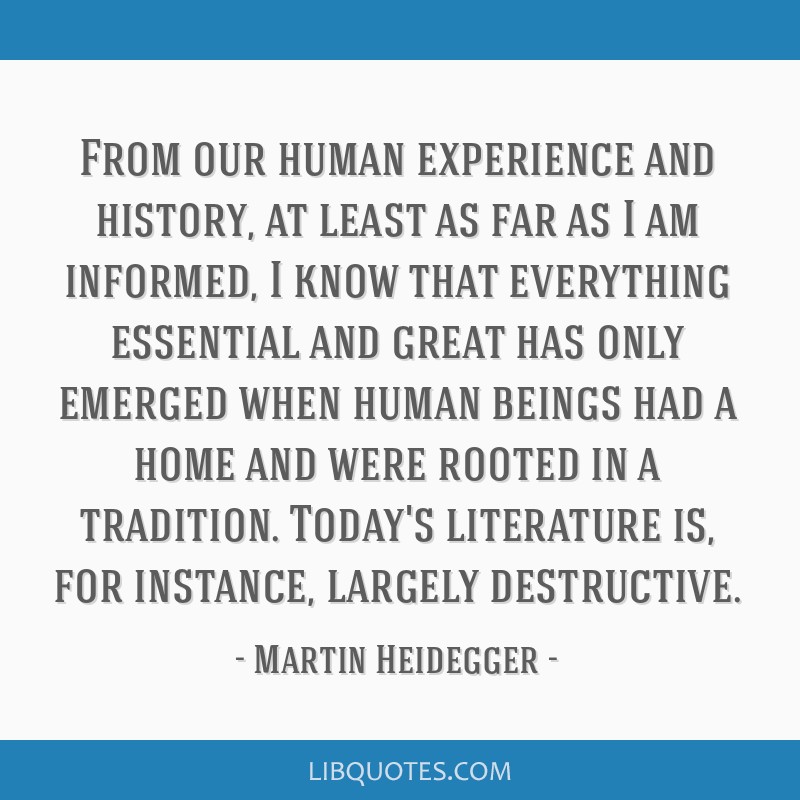 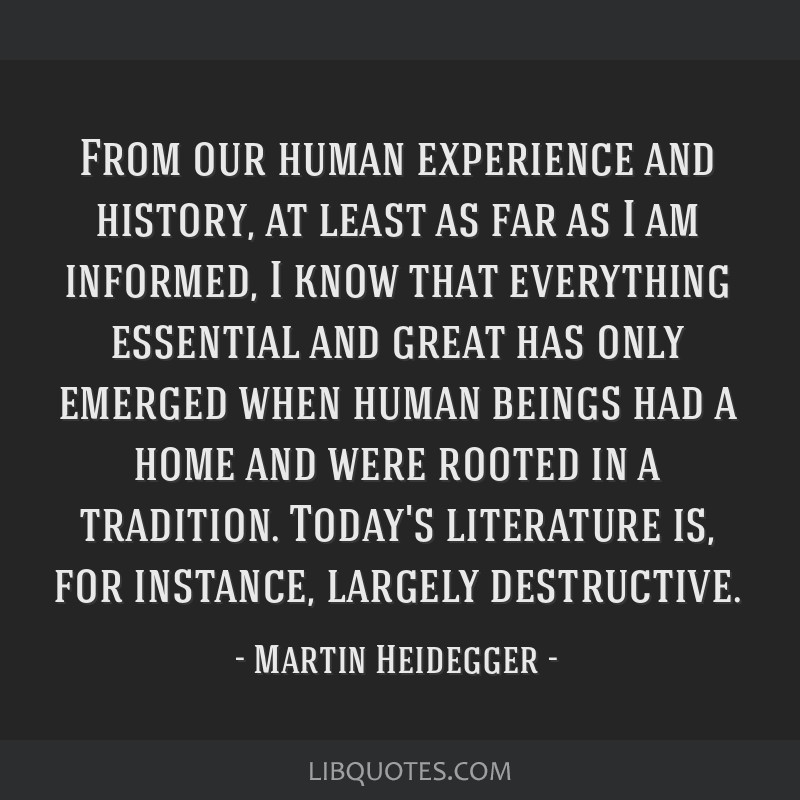