It [the press] has scoffed at religion till it has made scoffing popular. It has defended official criminals, on party pretexts, until it has created a United States Senate whose members are incapable of determining what crime against law and the dignity of their own body is—they are so morally blind—and it has made light of dishonesty till we have as a result a Congress which contracts to work for a certain sum and then deliberately steals additional wages out of the public pocket and is pained and surprised that anybody should worry about a little thing like that.

"License of the Press", an address before the Monday Evening Club, Hartford (1873). 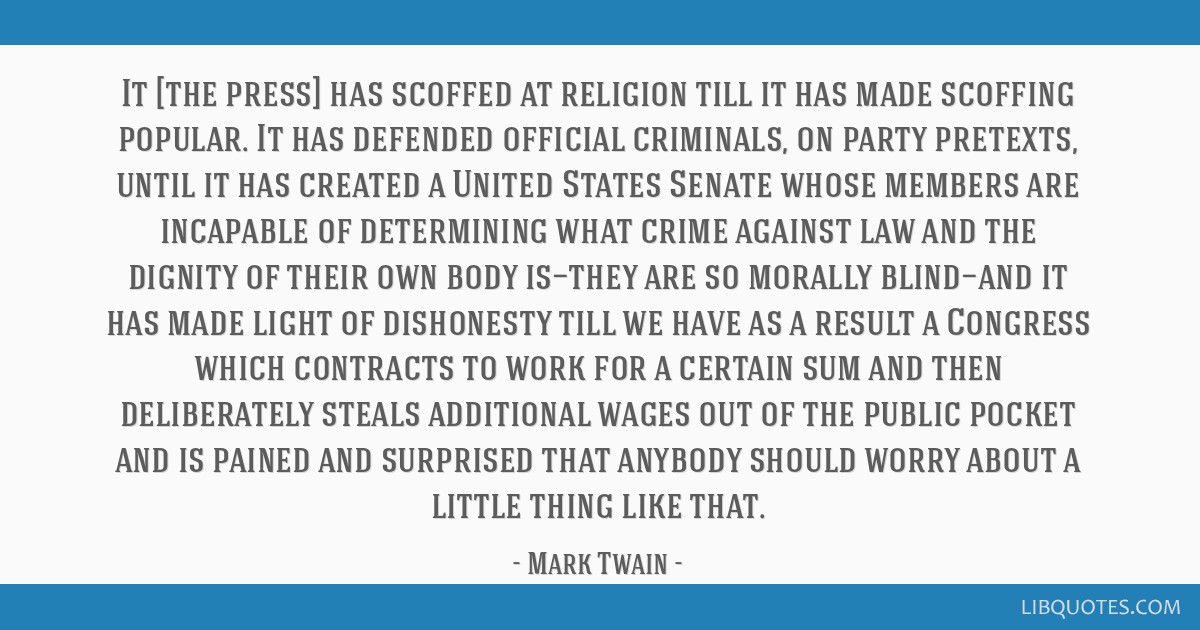 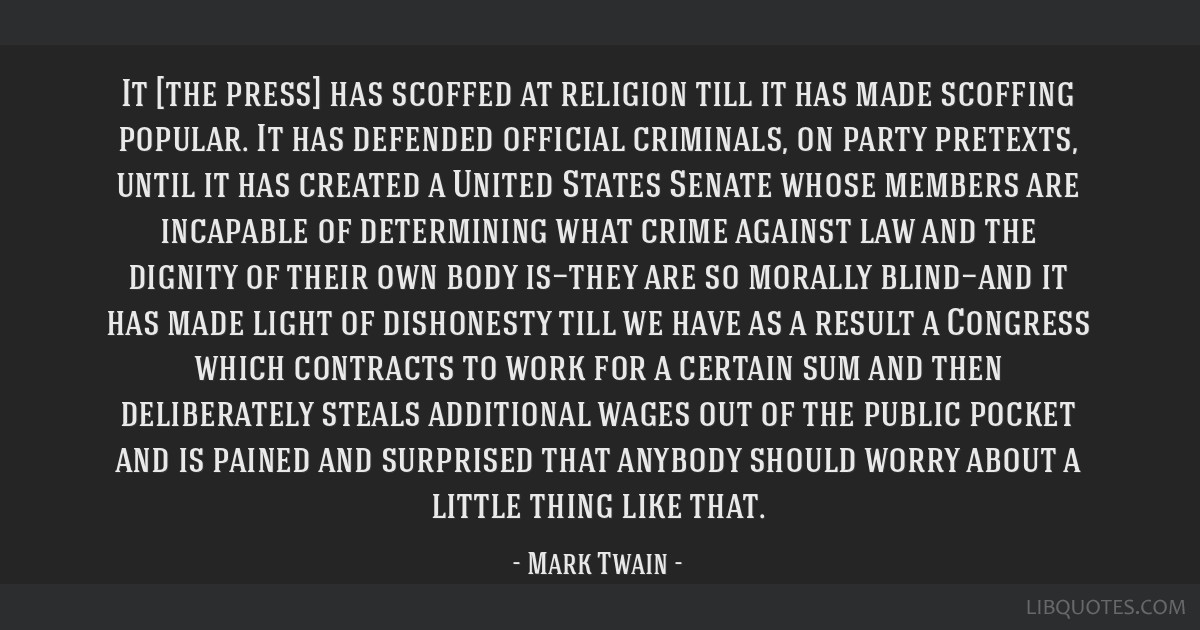 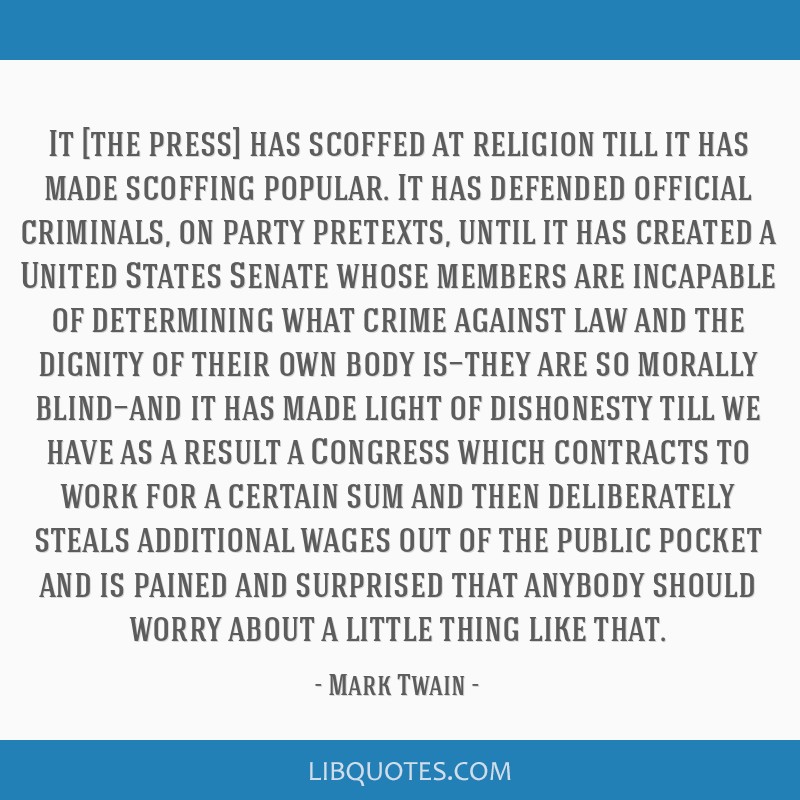 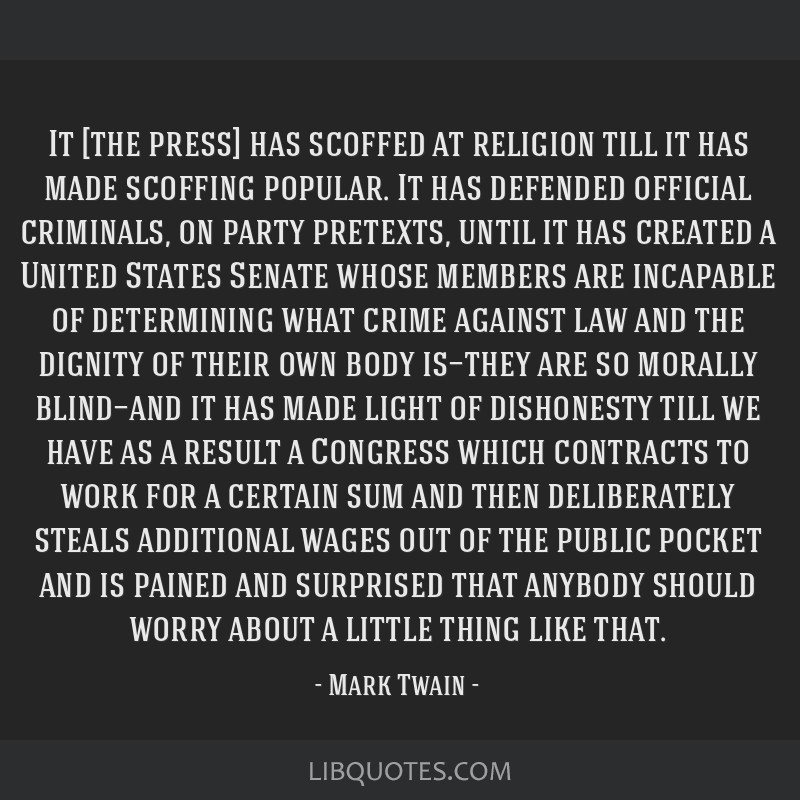 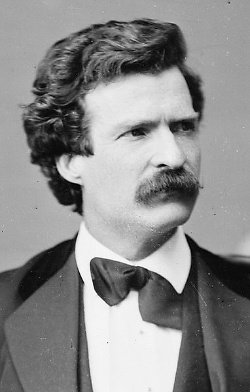