The significance of the Falklands War was enormous, both for Britain's self-confidence and for our standing in the world... We had come to be seen by both friends and enemies as a nation which lacked the will and the capability to defend its interests in peace, let alone in war. Victory in the Falklands changed that. Everywhere I went after the war, Britain's name meant something more than it had. The war also had real importance in relations between East and West: years later I was told by a Russian general that the Soviets had been firmly convinced that we would not fight for the Falklands, and that if we did fight we would lose. We proved them wrong on both counts, and they did not forget the fact. 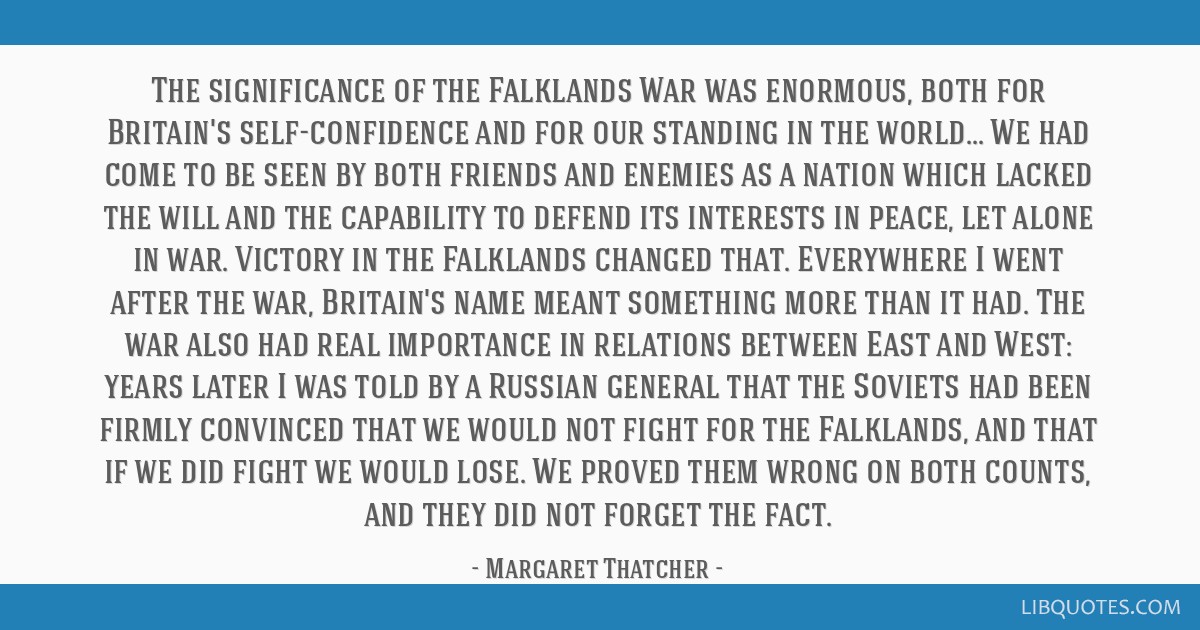 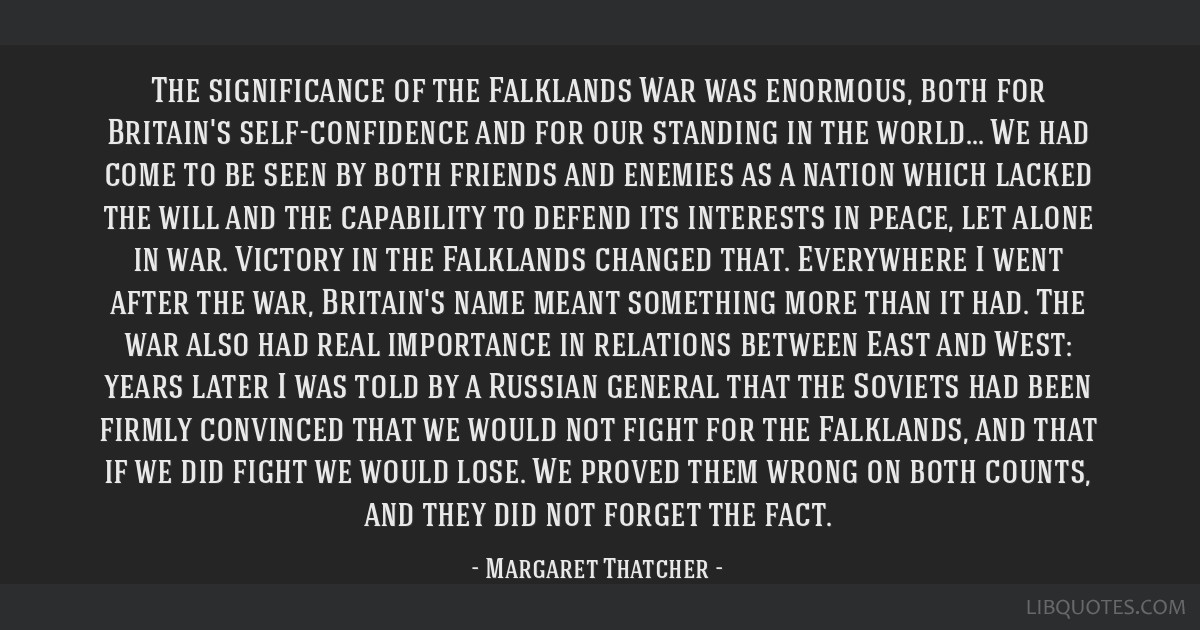 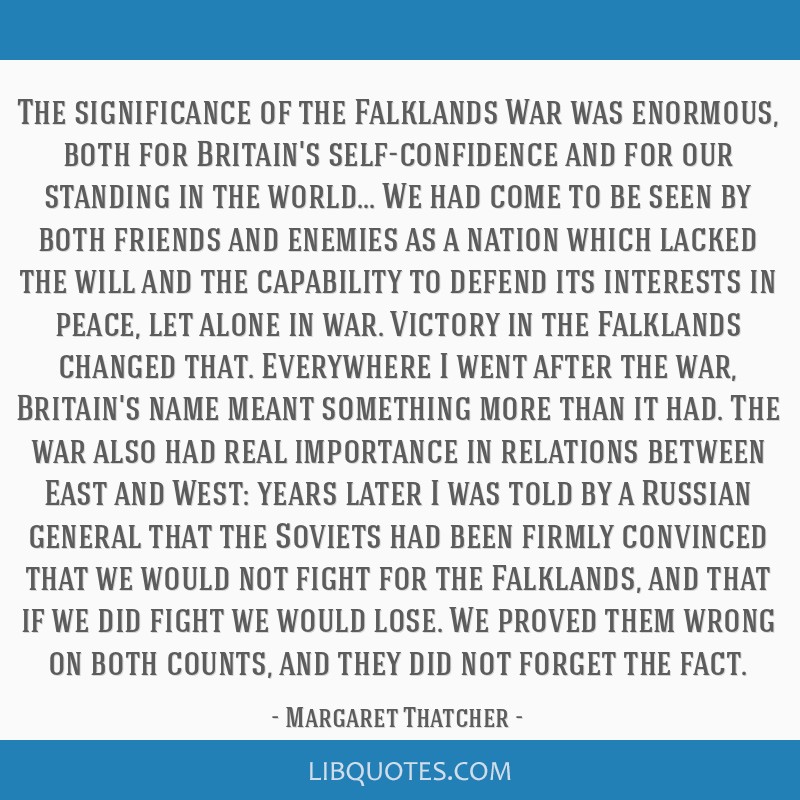 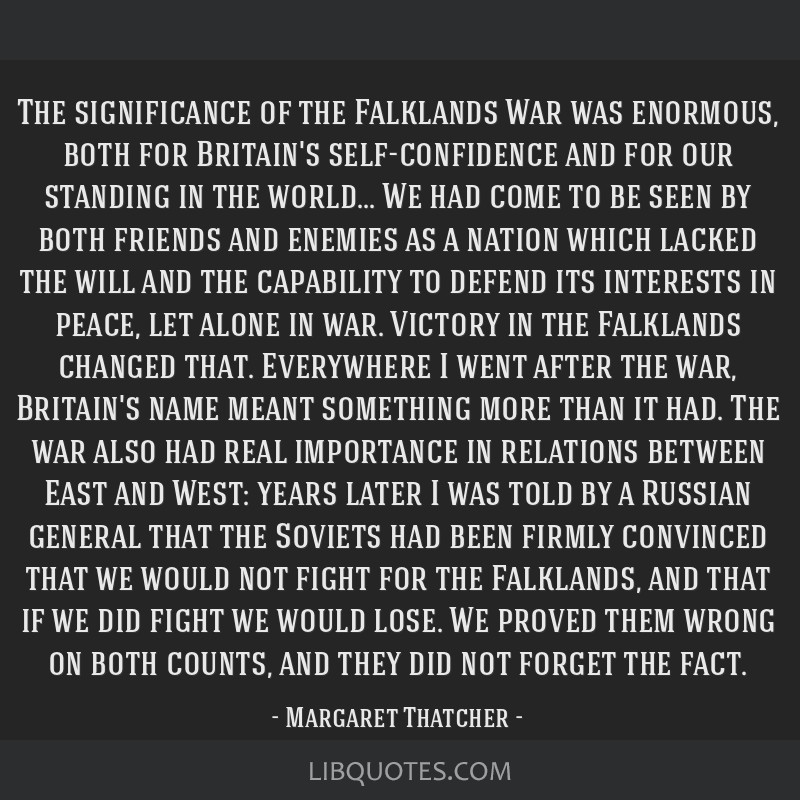