From France to the Philippines, from Jamaica to Japan, from Malaysia to Mexico, from Sri Lanka to Singapore, privatisation is on the move... The policies we have pioneered are catching on in country after country. We Conservatives believe in popular capitalism—believe in a property-owning democracy. And it works! … The great political reform of the last century was to enable more and more people to have a vote. Now the great Tory reform of this century is to enable more and more people to own property. Popular capitalism is nothing less than a crusade to enfranchise the many in the economic life of the nation. We Conservatives are returning power to the people. That is the way to one nation, one people. 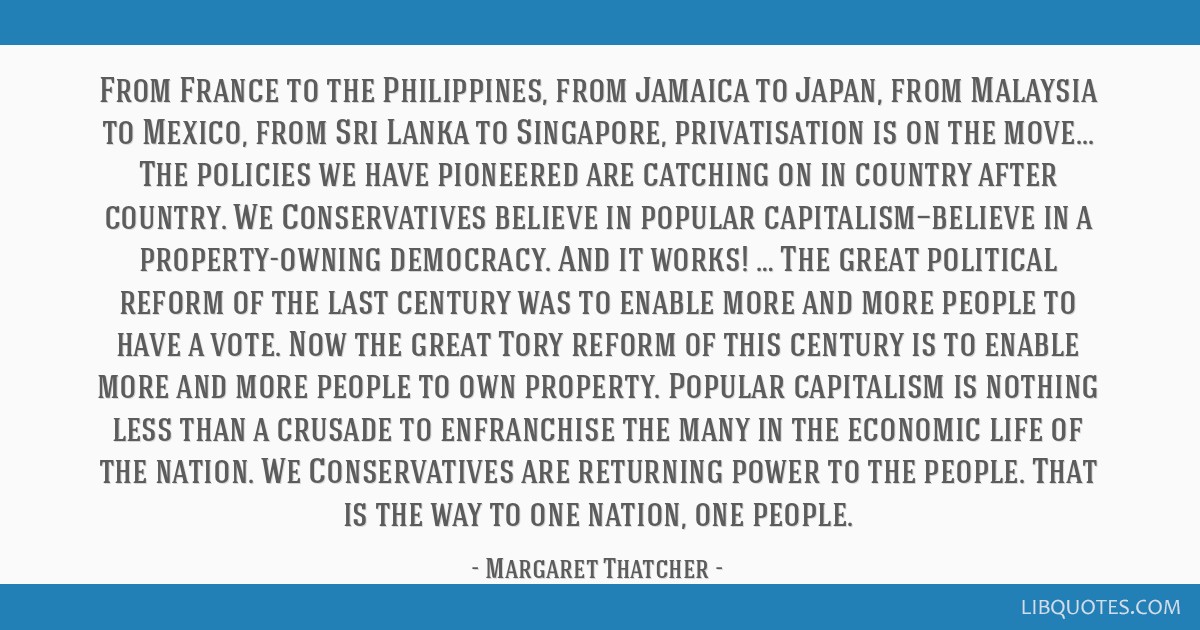 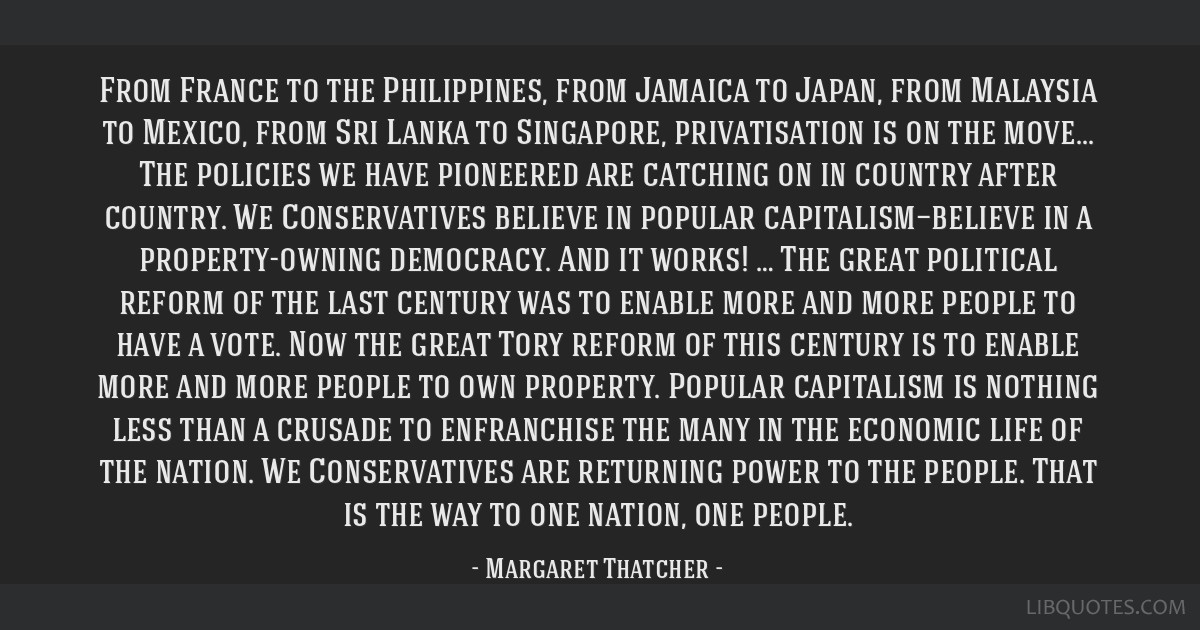 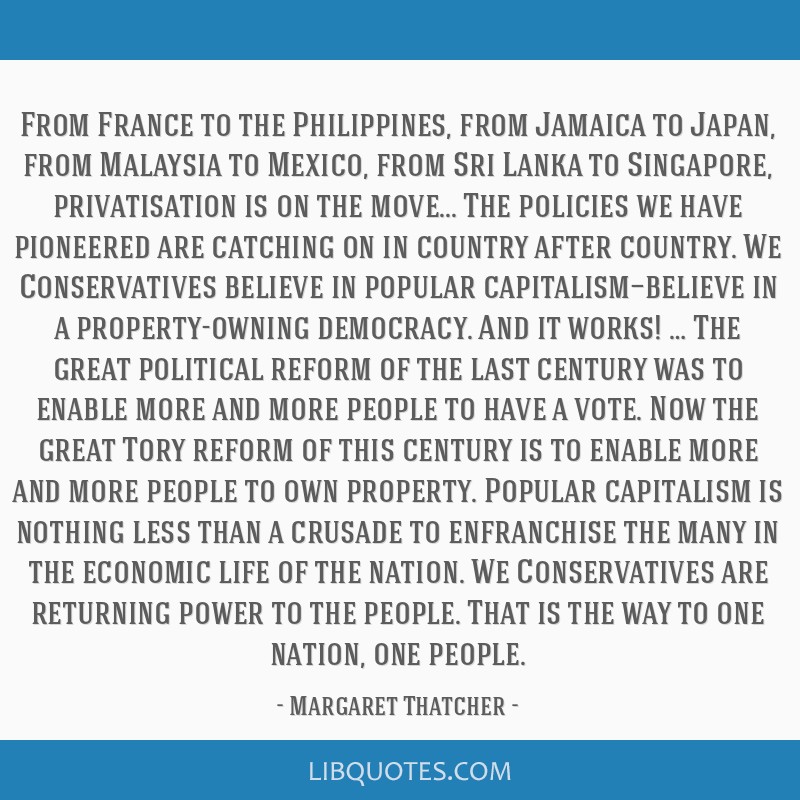 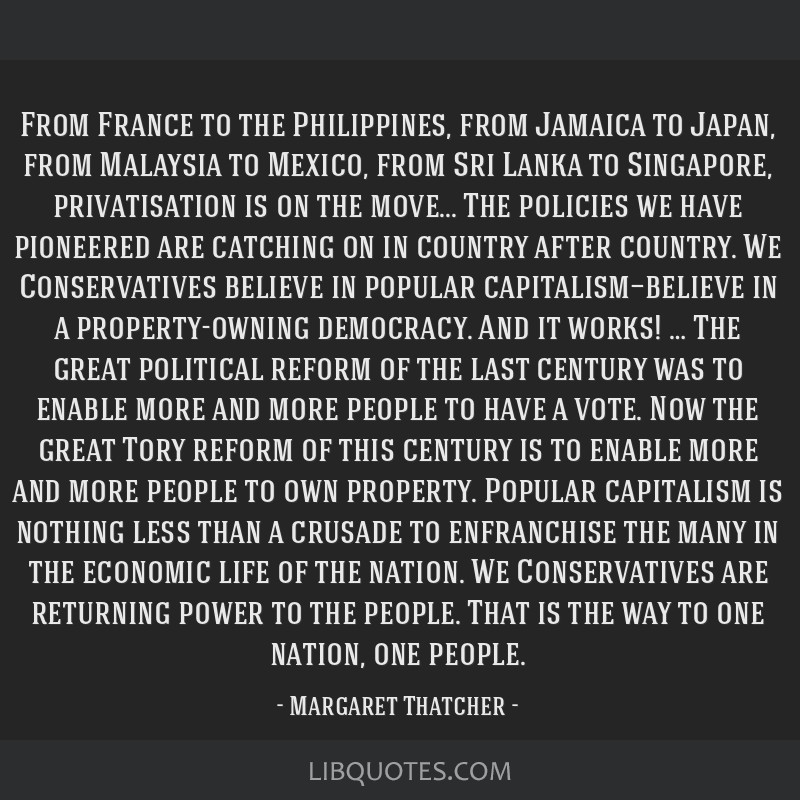