He was not condemned to death, freedom awaited
him. What was the temptation, the one that worked?
Perhaps he wanted to live with a woman whose life
he had saved, who had seen down into the earth but
had nevertheless followed him back up to life. It was
his only chance to be a hero, to one person at least,
for if he became the hangman the others would
despise him. He was in prison for wounding another
man, on one finger of the right hand, with a sword.
This too is history. 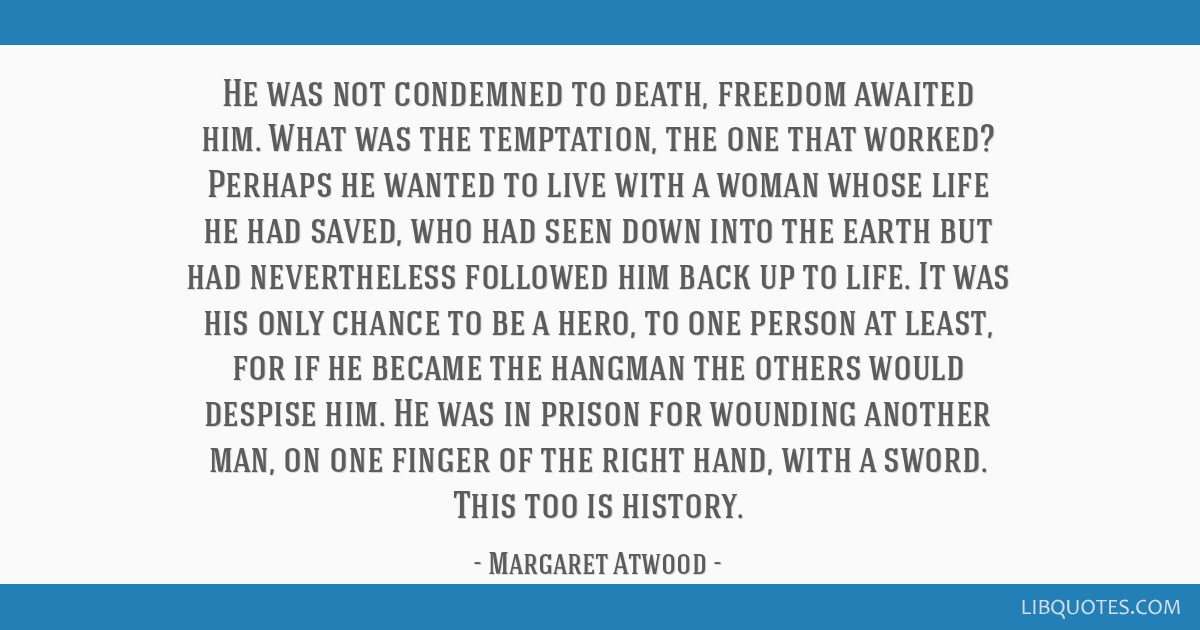 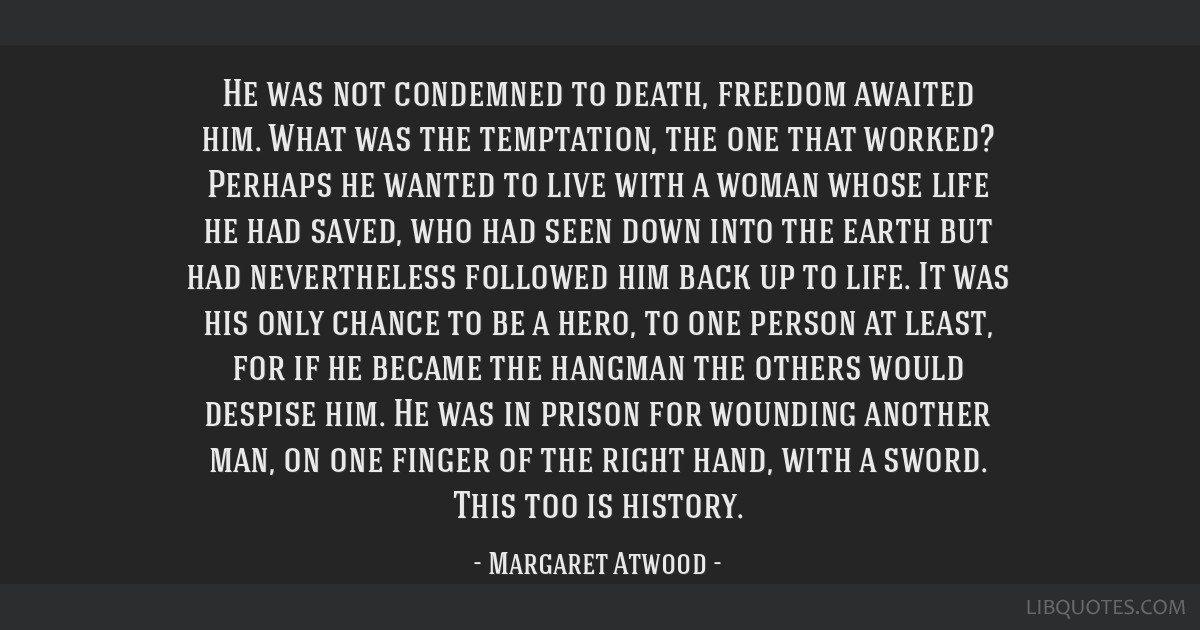 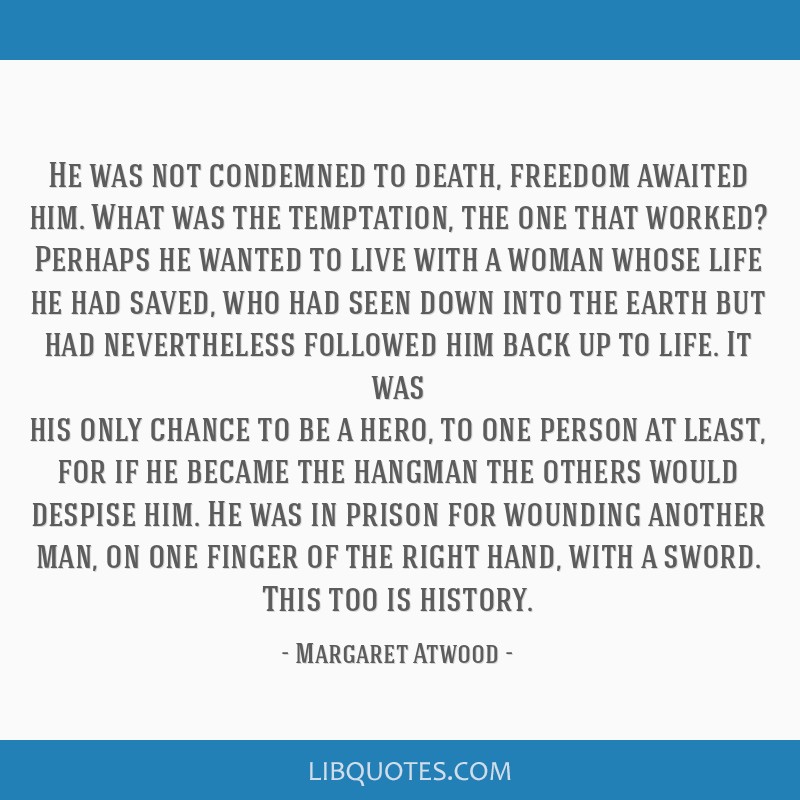 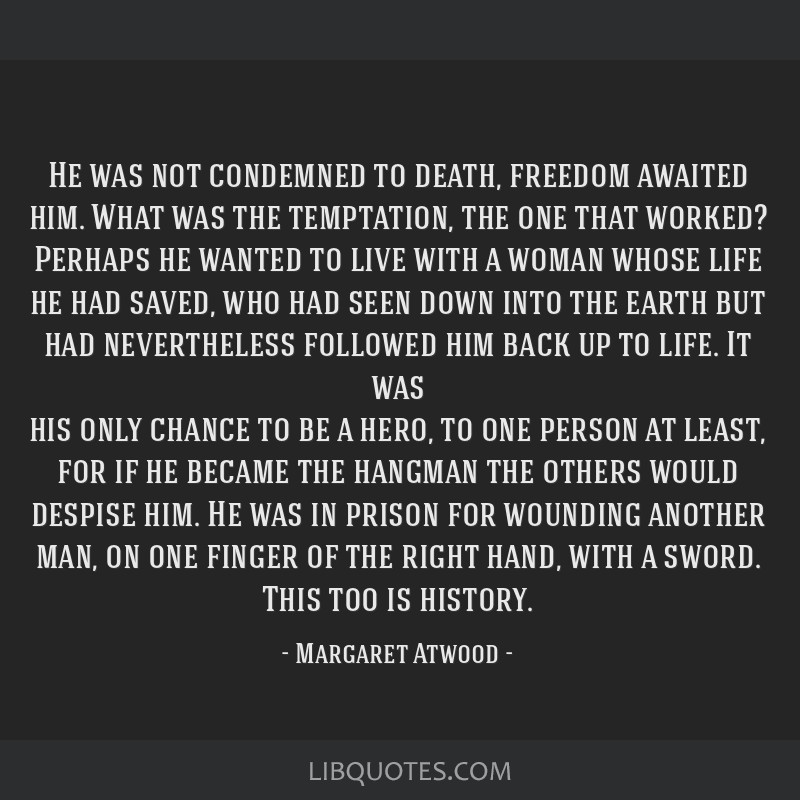 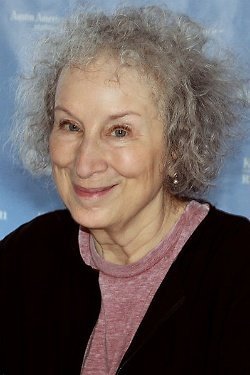