People think of him [Caligula] as a revolutionary or a figure of fun or a madman. There are so many aspects to him that we know really little about him, just the information that was given to us through a historian, a Roman historian called Suetonius, and he was from the other side of the family, so Suetonius paints Caligula as a very wicked madman, and that's the only reason that Suetonius considers why he did so many, on the face of it, crazy things. My interpretation of the character is not quite like that.

As quoted in A Documentary on the Making of Gore Vidal's Caligula [documentary] (1981), Cinemedia West Corporation 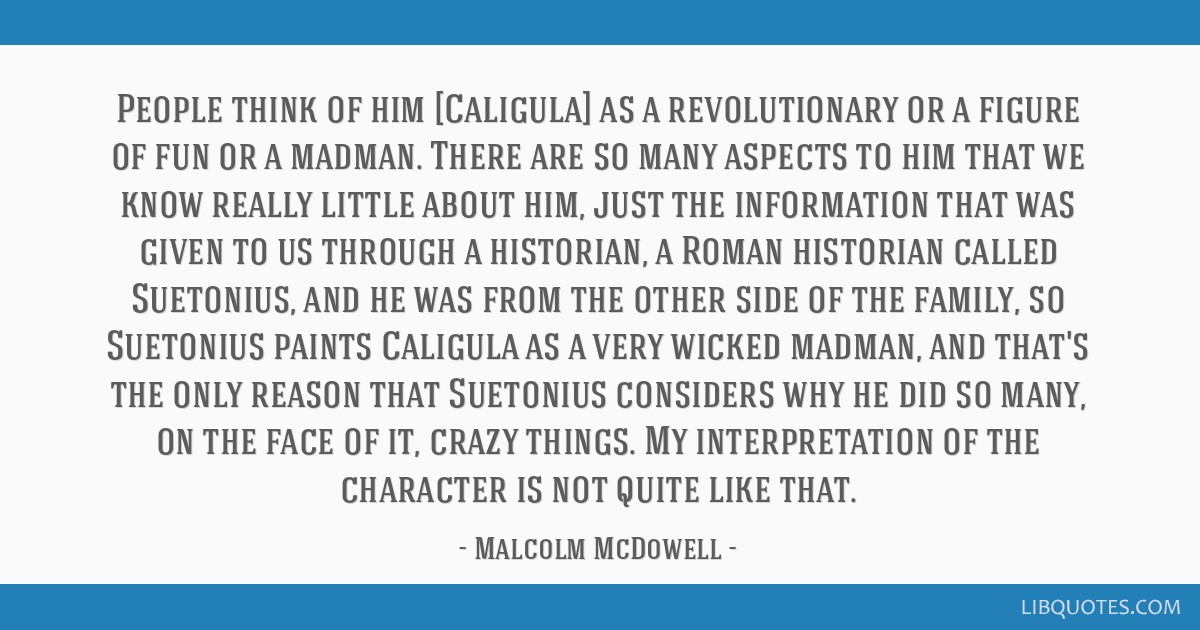 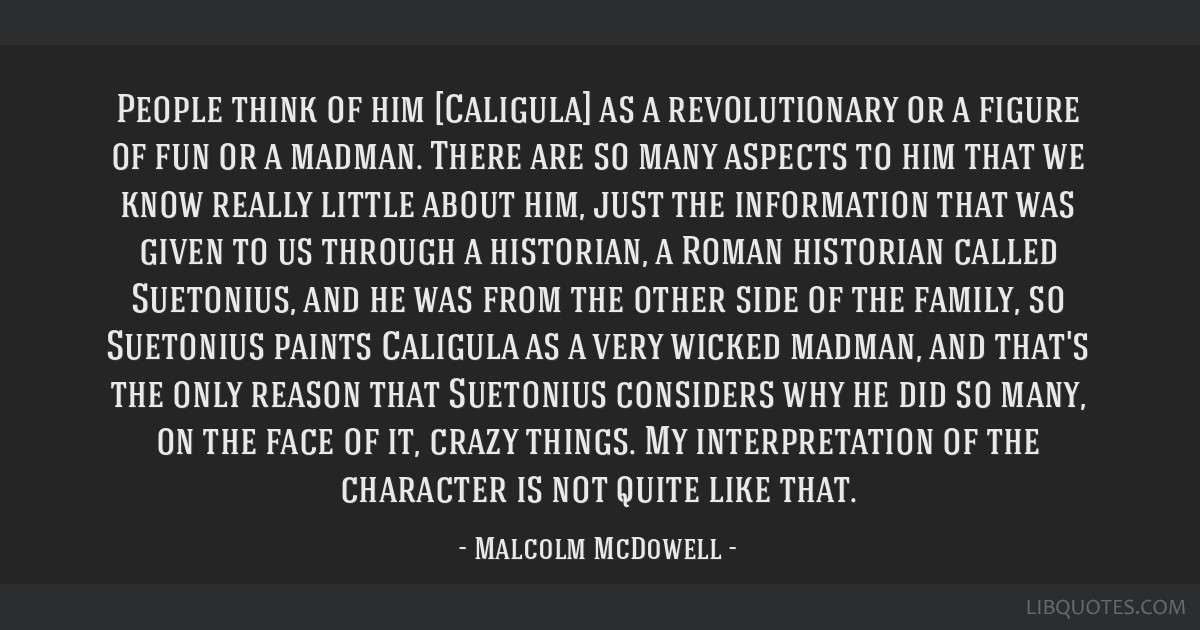 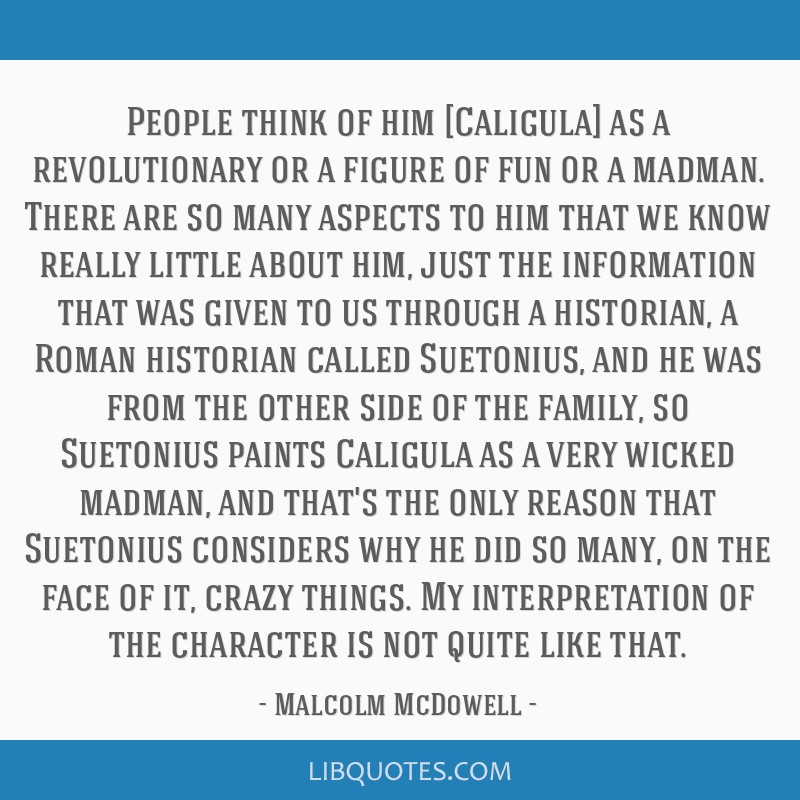 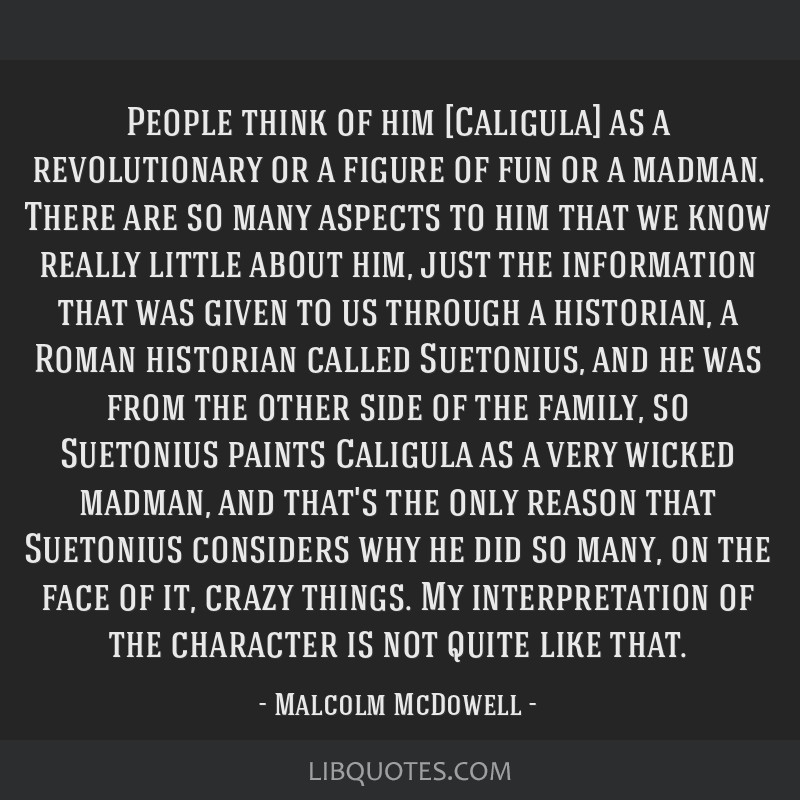 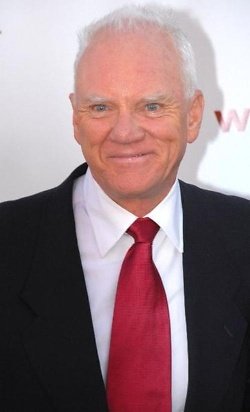