According to each one of the different theories there are things which are impossible, whose existence cannot be admitted, and whose creation is excluded from the power of God, and the assumption that God does not change their nature does not imply weakness in God, or a limit to his power. Consequently things impossible remain impossible, and do not depend on the action of an agent. It is now clear that a difference of opinion exists only as to the question to which of the two classes anything belongs; whether to the class of the impossible, or to that of the possible. Note it. 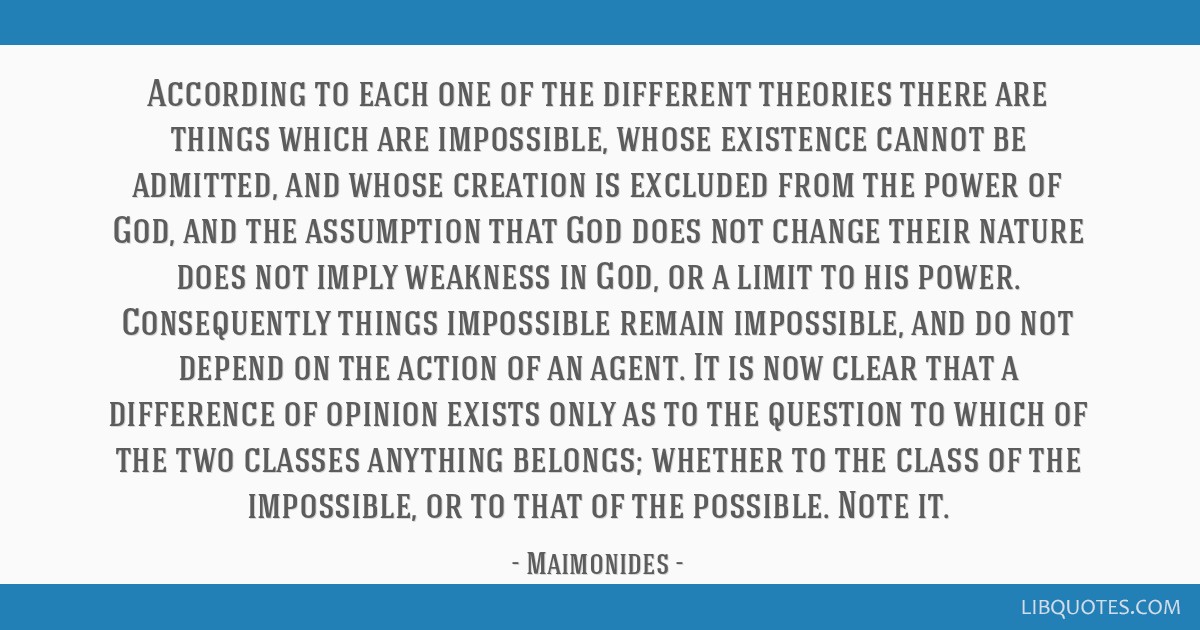 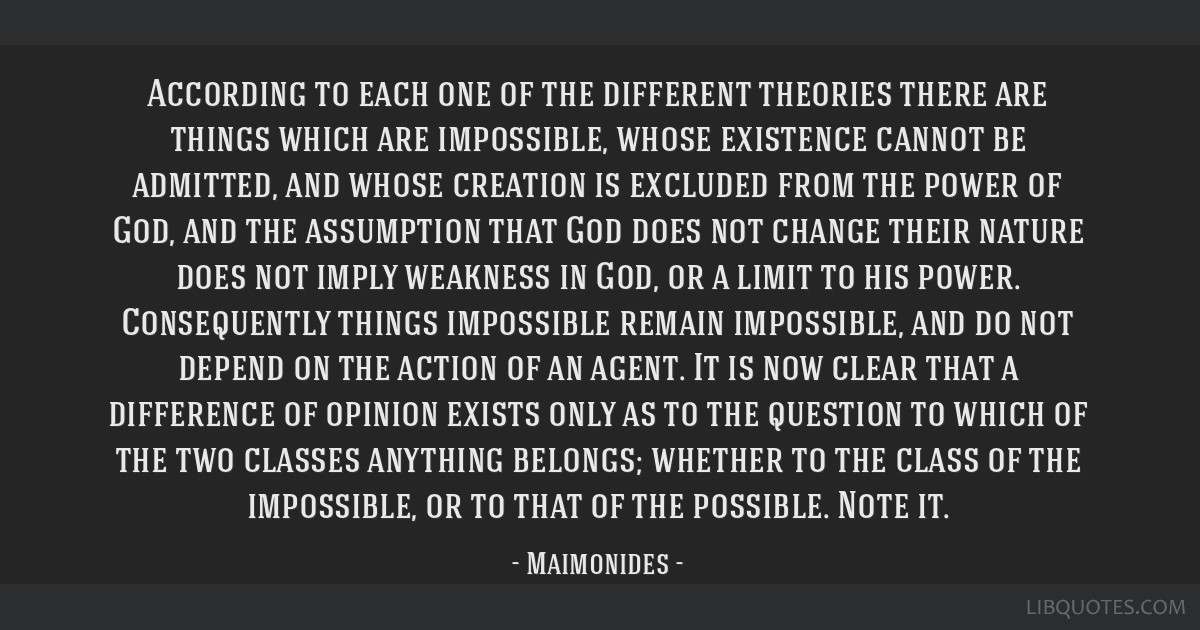 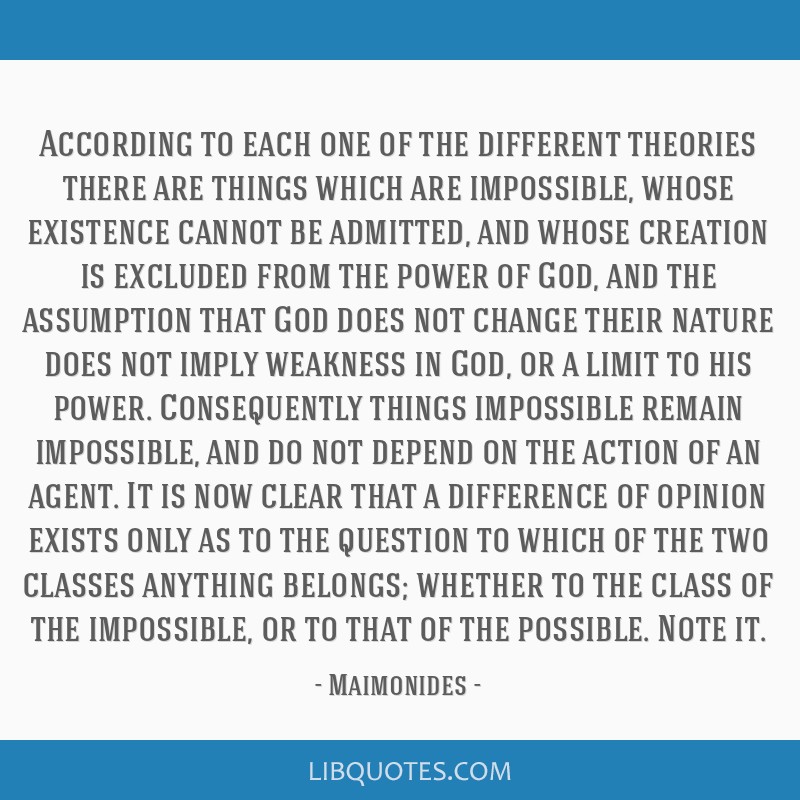 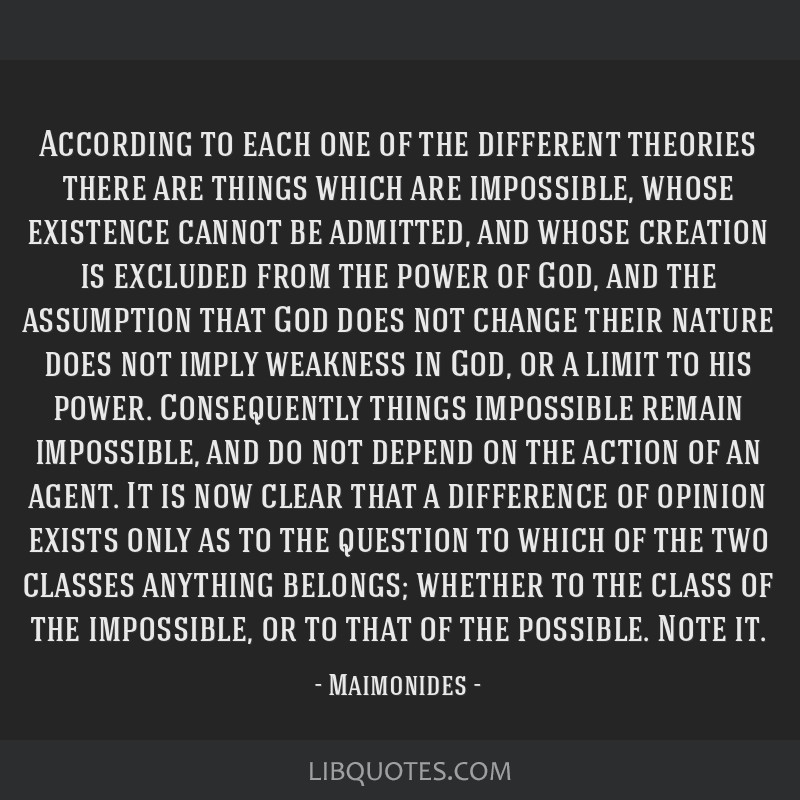 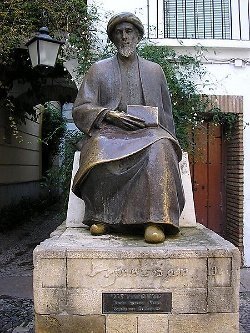