The critics have been writing me off for 20 years. That's nothing new. As far as I know I still have plenty of fans and sell lots of records. Do I care what critics say about me? No, and I don't read reviews. 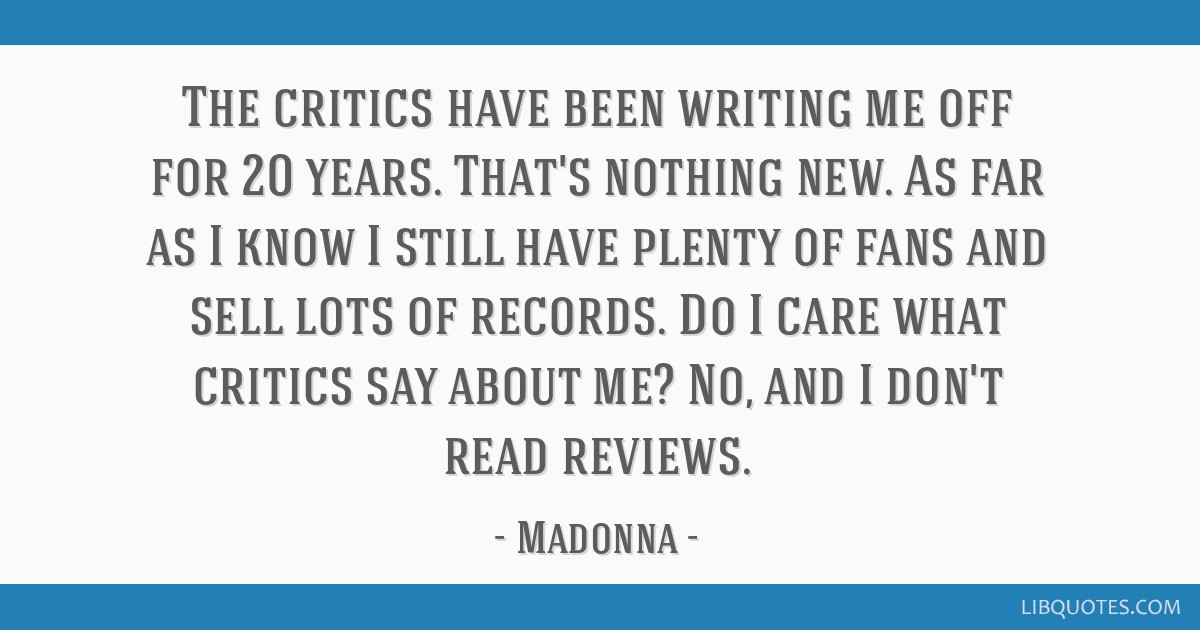 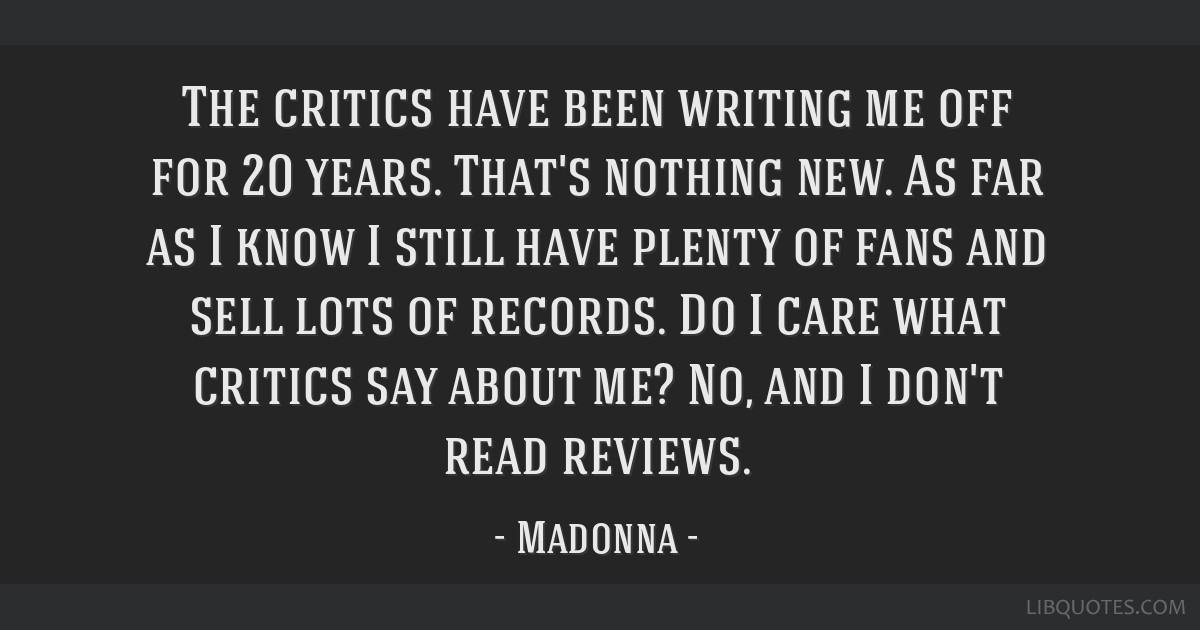 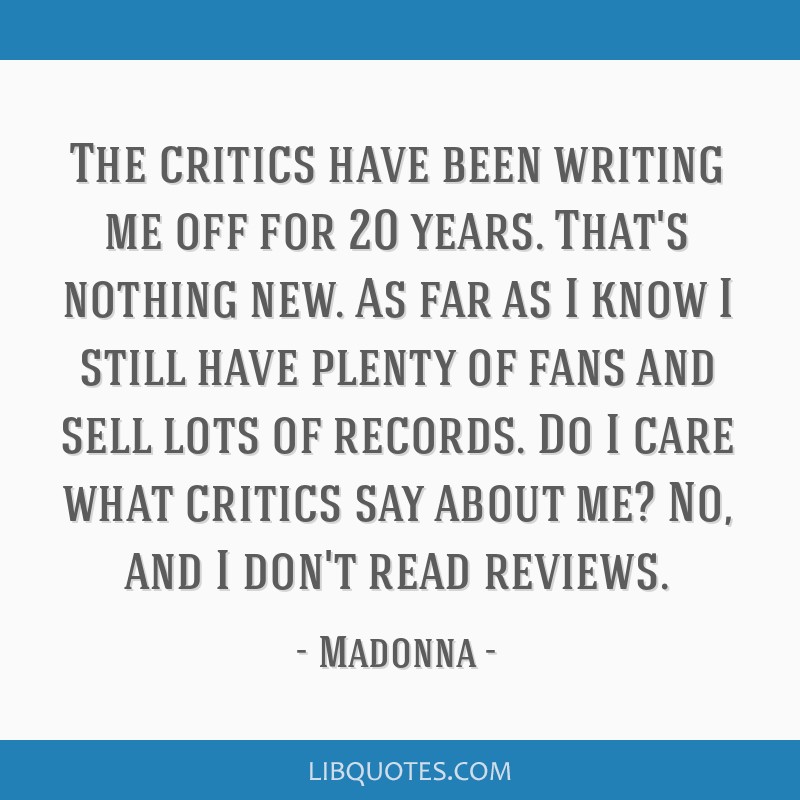 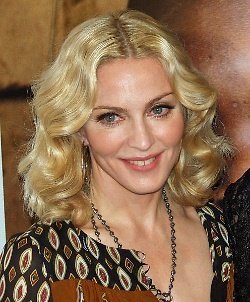