it would be useful to show the dangerous errors, to Religion as much as to Moral, of that French psychologist [Victor Cousin], who seduced minds, by showing how his bold and audacious philosophy breaks the barrier of the holy Theology, placing his own authority before any other: he profanes the mysteries, declaring them partly devoid of meaning, and partly reducing them to vulgar allusions and pure metaphors; forces, as a learned Critic noted, the revelation to swap places with instinctive thought and assertion without reflection without and places reason outside man, declaring man a fragment of God, introducing a sort of spiritual pandeism, which is absurd to us and insulting to the Supreme Being, which gravely offends freedom itself, etc, etc. 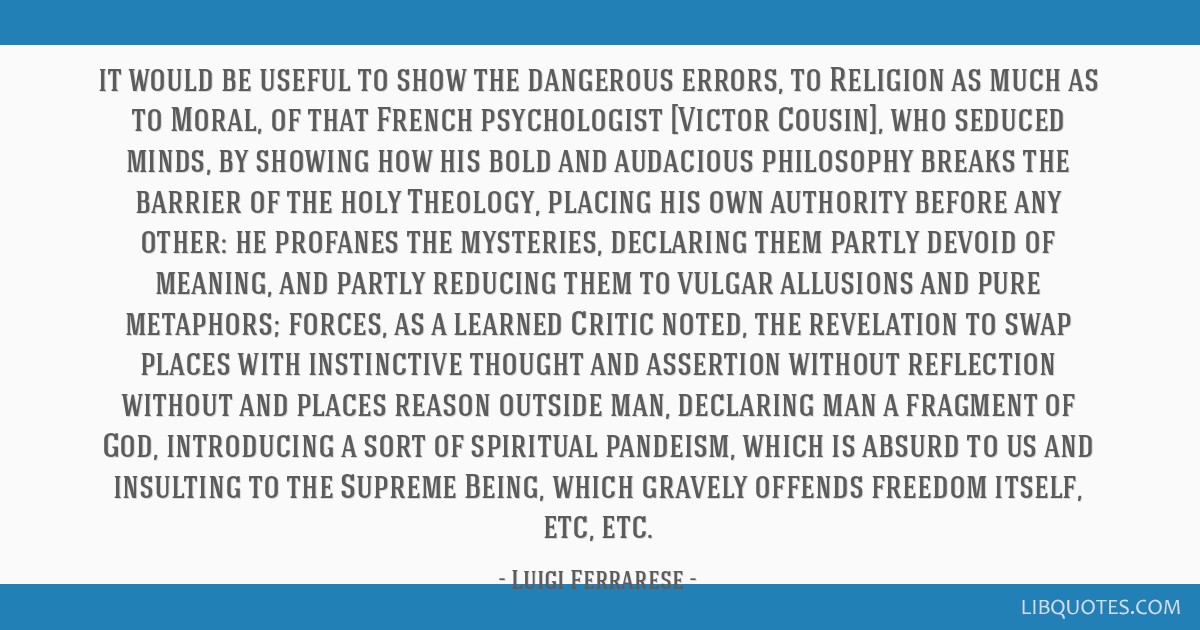 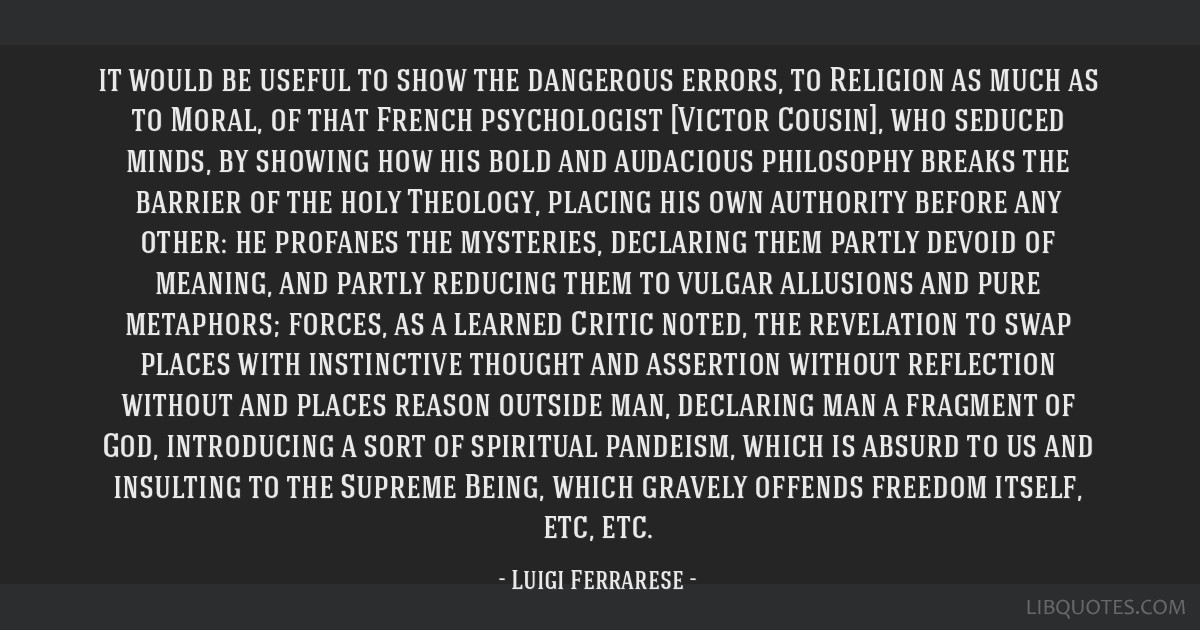 A crash is when your competitor's program dies. When your program dies, it is an 'idiosyncrasy'.
Guy Kawasaki