Two seemingly incompatible conceptions can each represent an aspect of the truth … They may serve in turn to represent the facts without ever entering into direct conflict.

Louis de Broglie
It seems a little paradoxical to construct a configuration space with the coordinates of points which do not exist.

Louis de Broglie
We are not sufficiently astonished by the fact that any science may be possible.

Louis de Broglie
The actual state of our knowledge is always provisional and … there must be, beyond what is actually known, immense new regions to discover.

Louis de Broglie
Science itself, no matter whether it is the search for truth or merely the need to gain control over the external world, to alleviate suffering, or to prolong life, is ultimately a matter of feeling, or rather, of desire—the desire to know or the desire to realize.

Louis de Broglie
There is no reason why the history and philosophy of science should not be taught in such a way as to bring home to all pupils the grandeur of science and the scope of its discoveries.

Louis de Broglie
The history of science shows that the progress of science has constantly been hampered by the tyrannical influence of certain conceptions that finally came to be considered as dogma. For this reason, it is proper to submit periodically to a very searching examination, principles that we have come to assume without any more discussion. 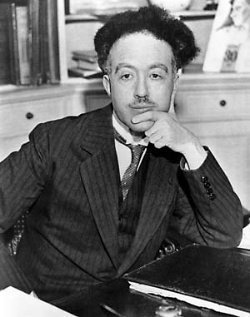 Creative Commons
Born: August 15, 1892
Died: March 19, 1987 (aged 94)
Bio: Louis-Victor-Pierre-Raymond, 7th duc de Broglie was a French physicist who made groundbreaking contributions to quantum theory. In his 1924 PhD thesis he postulated the wave nature of electrons and suggested that all matter has wave properties.
Known for: