The Great Actor always must act. … Every last second of his life must be pose and posture.

Lionel Barrymore
To my mind there is nothing so beautiful or so provocative as a secondhand book store...To me it is astonishing and miraculous to think that any one of us can poke among the stalls for something to read overnight—and that this something may be the sum of a lifetime of sweat, tears, and genius that some poor, struggling, blessed fellow expended trying to teach us the truth. 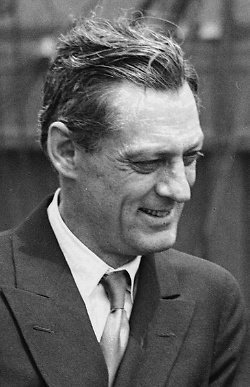 Creative Commons
Born: April 28, 1878
Died: November 15, 1954 (aged 76)
Bio: Lionel Barrymore was an American actor of stage, screen and radio as well as a film director. He won an Academy Award for Best Actor for his performance in A Free Soul, and remains best known to modern audiences for the role of the villainous Mr.
Known for: