A commercial company enslaved a nation comprising two hundred millions. Tell this to a man free from superstition and he will fail to grasp what these words mean. What does it mean that thirty thousand men, not athletes but rather weak and ordinary people, have subdued two hundred million vigorous, clever, capable, and freedom-loving people? Do not the figures make it clear that it is not the English who have enslaved the Indians, but the Indians who have enslaved themselves? 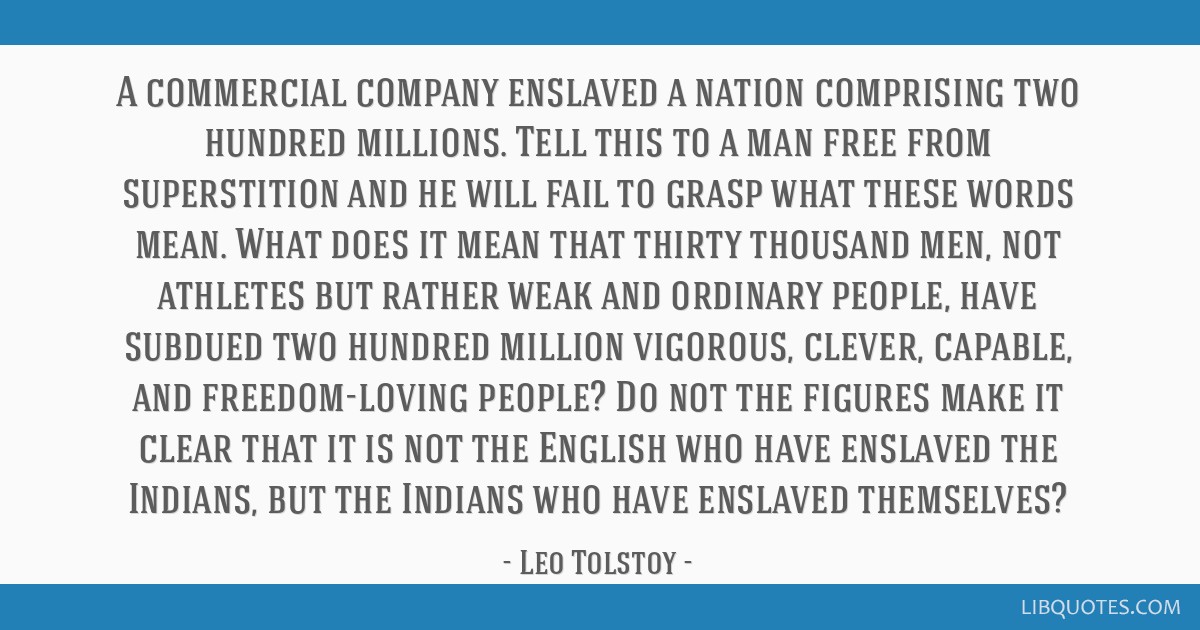 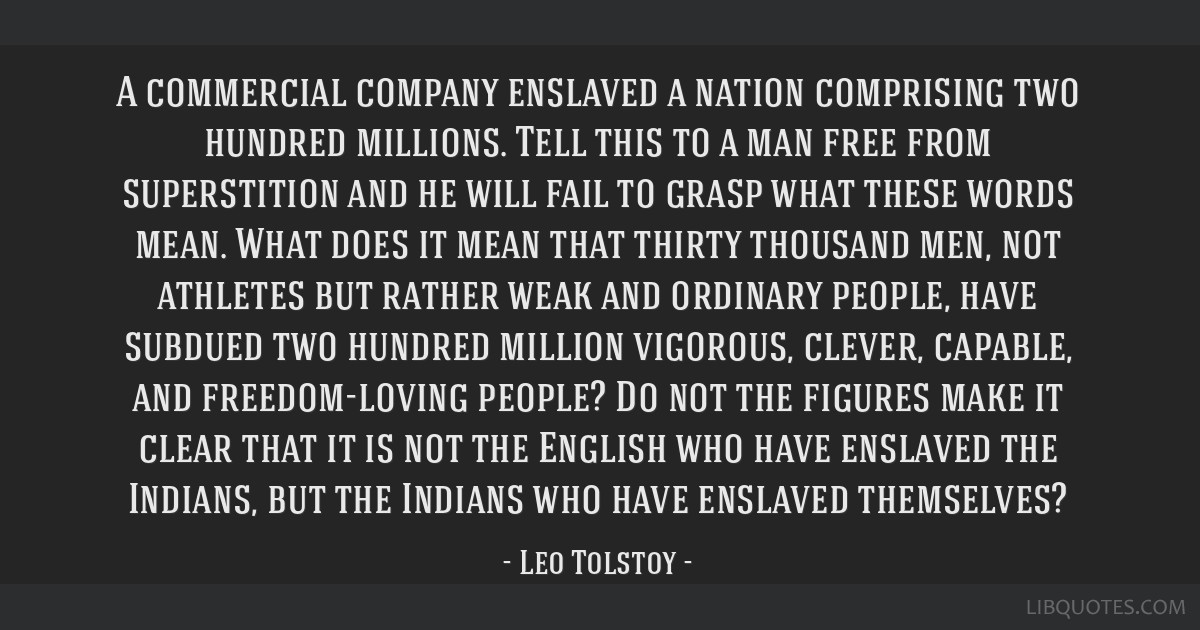 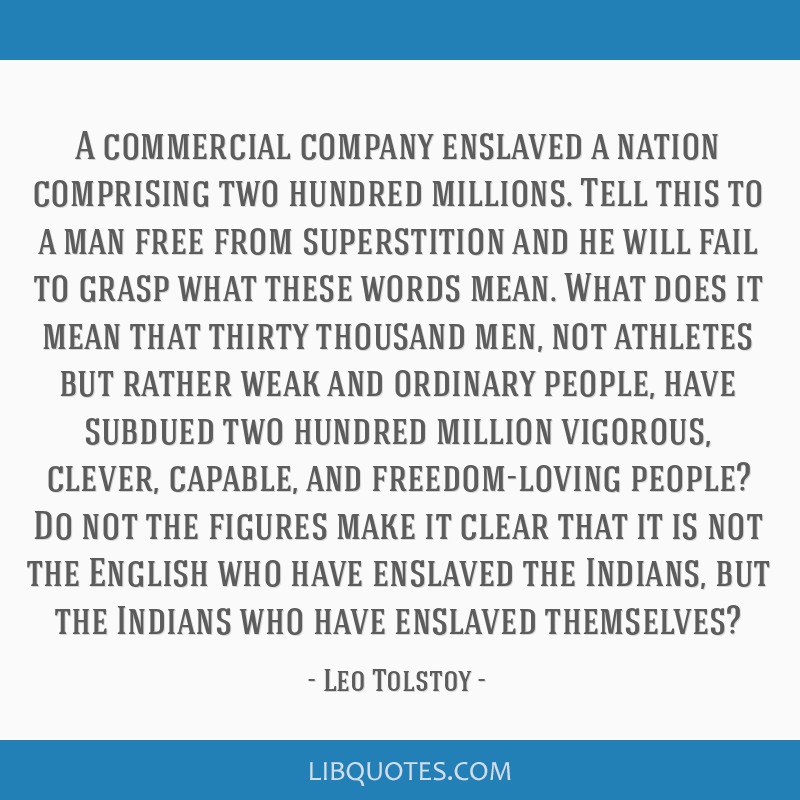 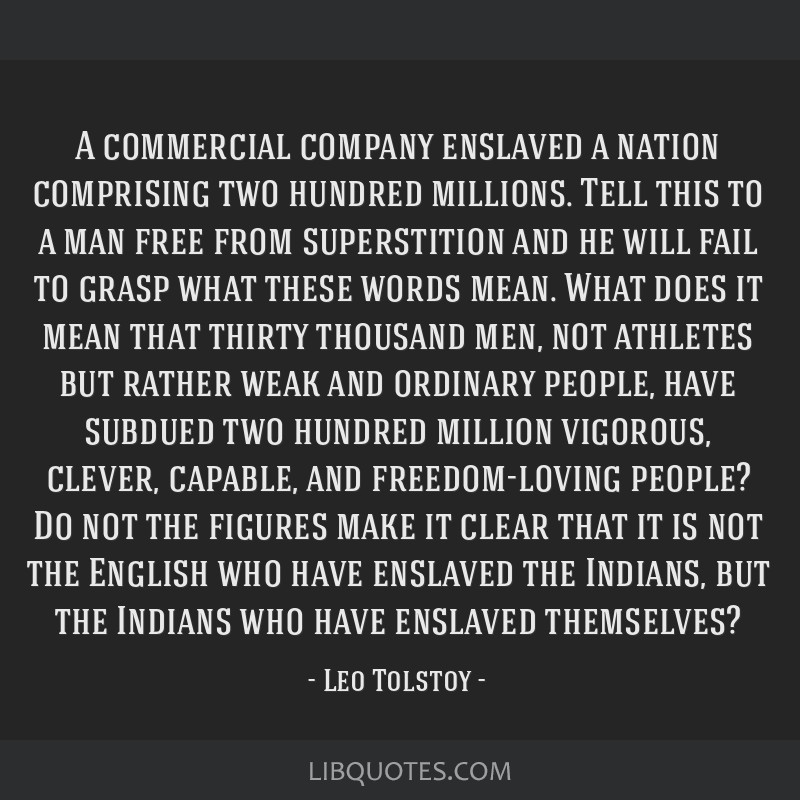