Thank you for your very detailed letter regarding Scientology. We haven't yet found a way to attack these jackals who feed on children and young adults who are too emotionally weak to stand by themselves when they reach the age of consent. It's too bad there isn't a 20th Century Charles Dickens to write about the terrible destruction of these 20th Century fagins who make themselves rich while they destroy the psyche of so many. At the present time, I can only encourage you to do more of what you have been doing. 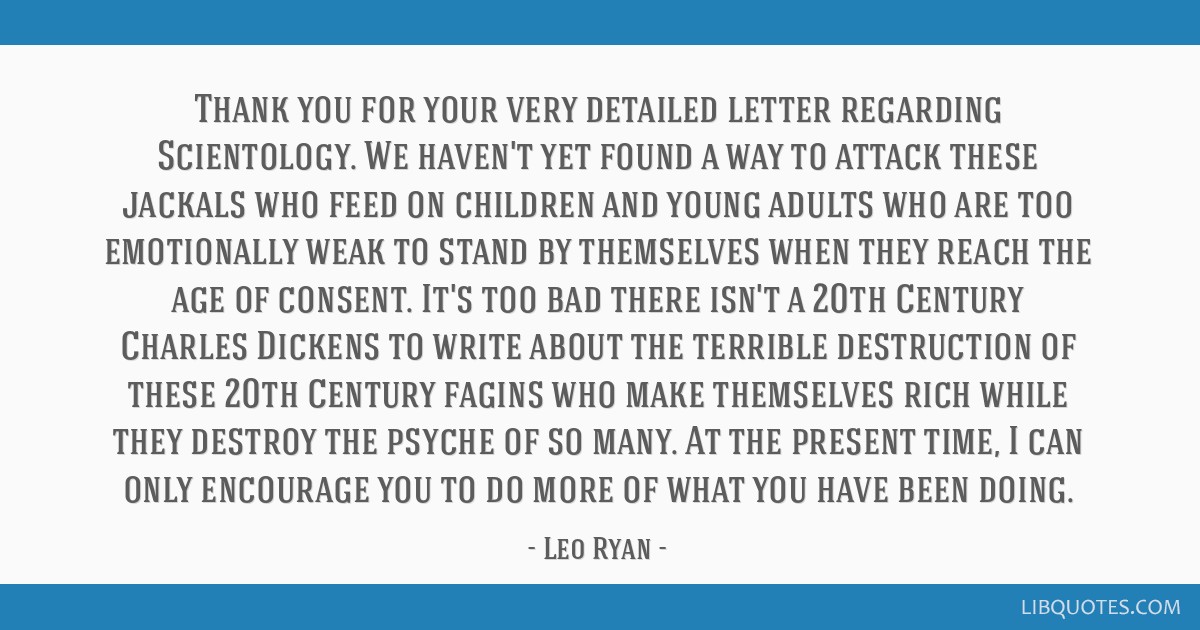 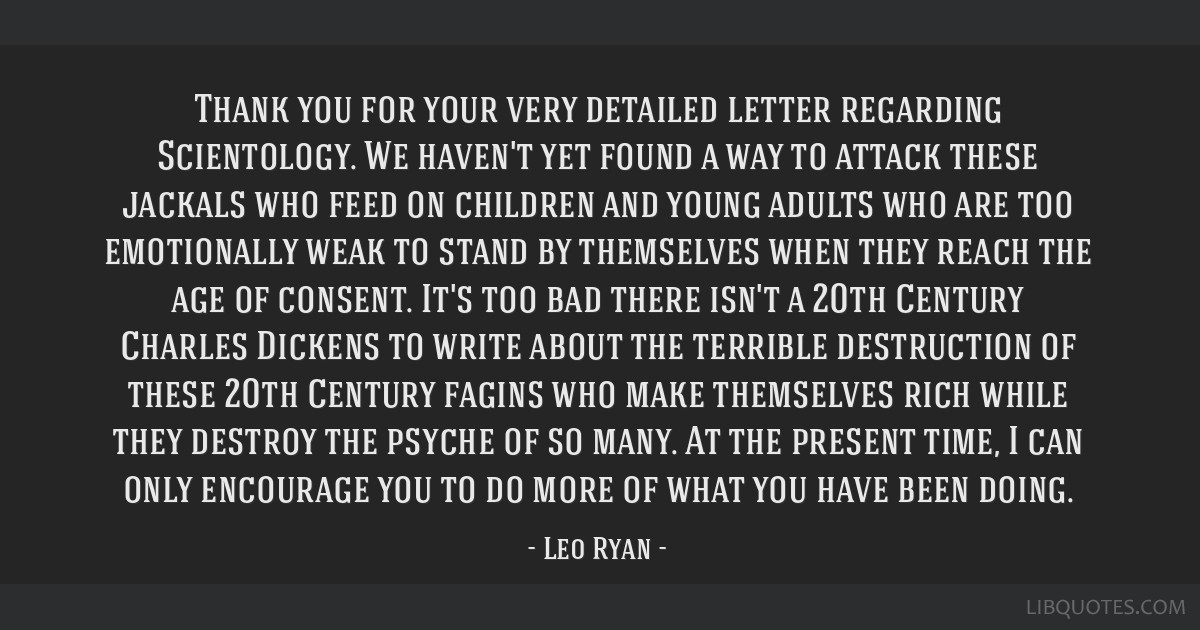 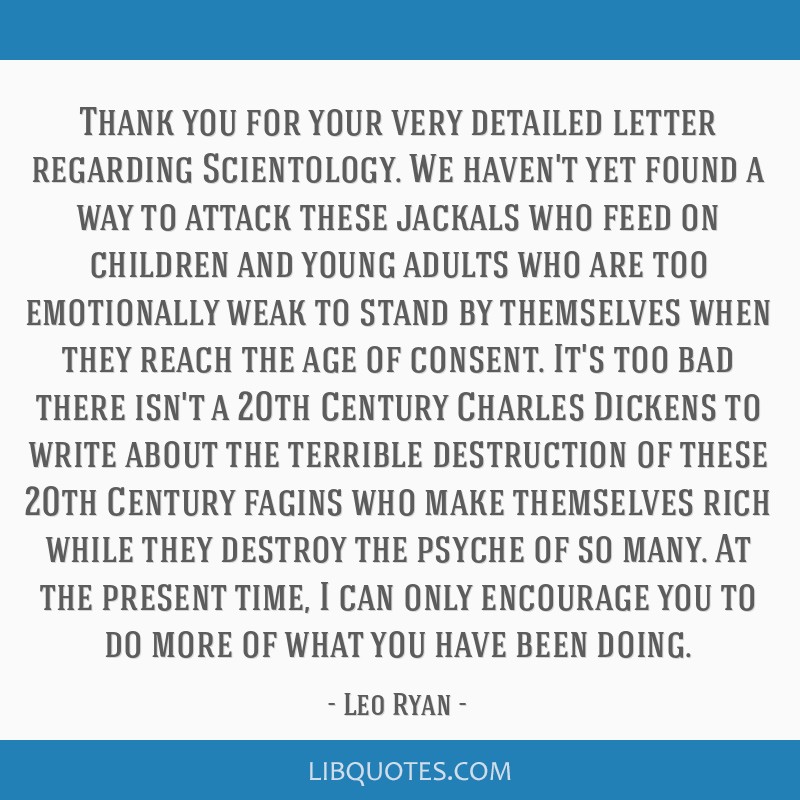 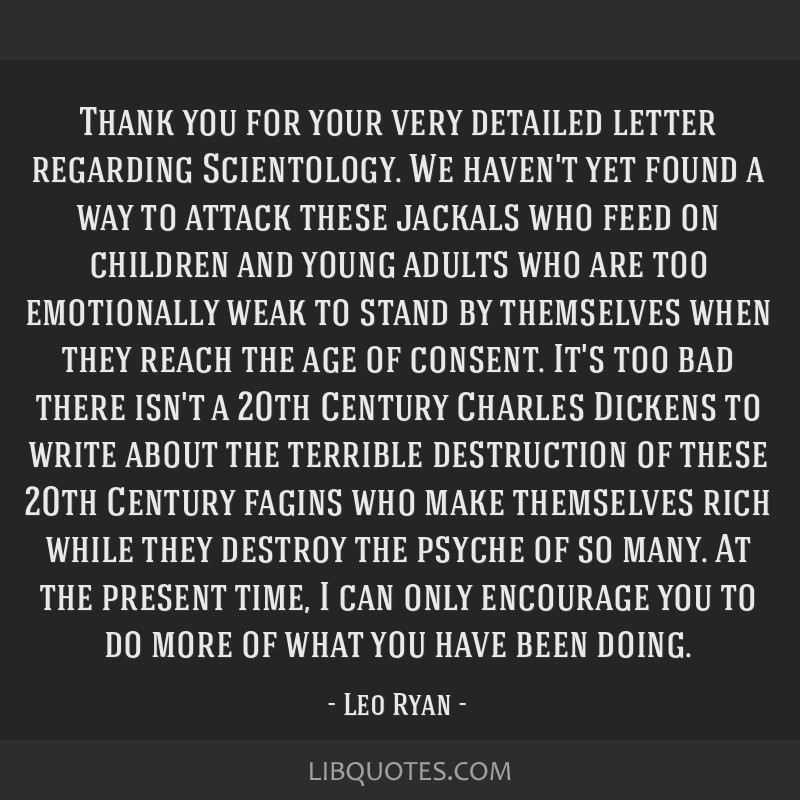 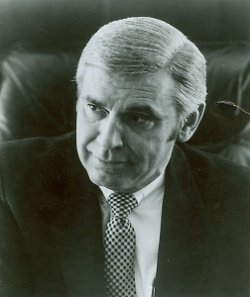