They found out about him in July and stayed angry all through August. They tried to kill him in September. It was way too soon. They weren't ready. The attempt was a failure. It could have been a disaster, but it was actually a miracle. Because nobody noticed. 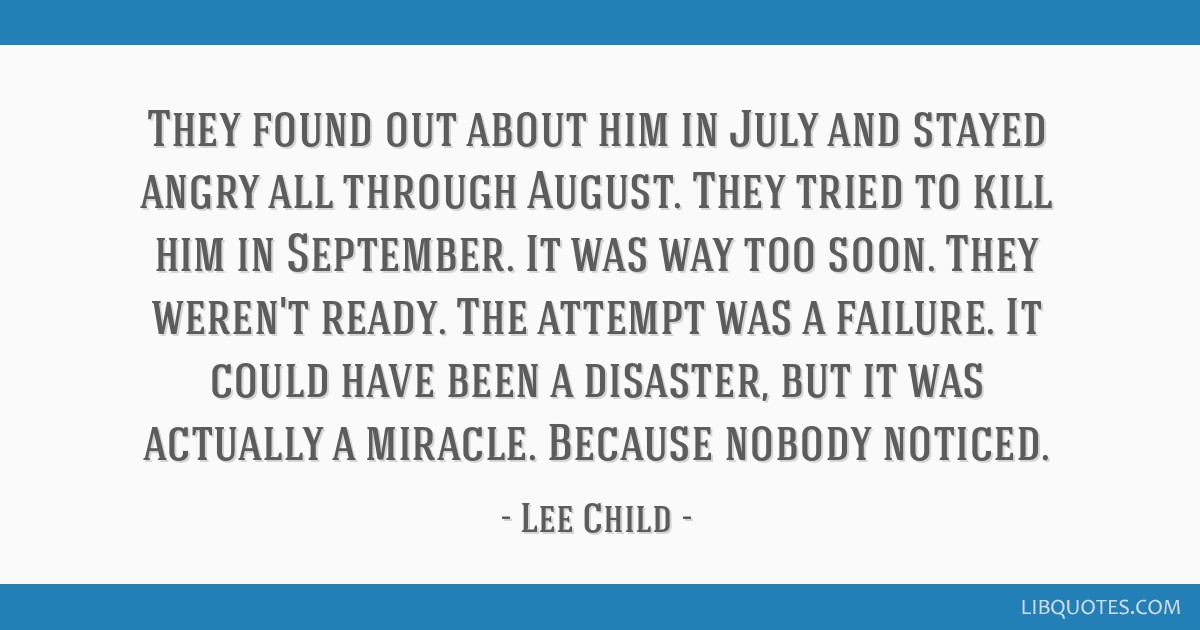 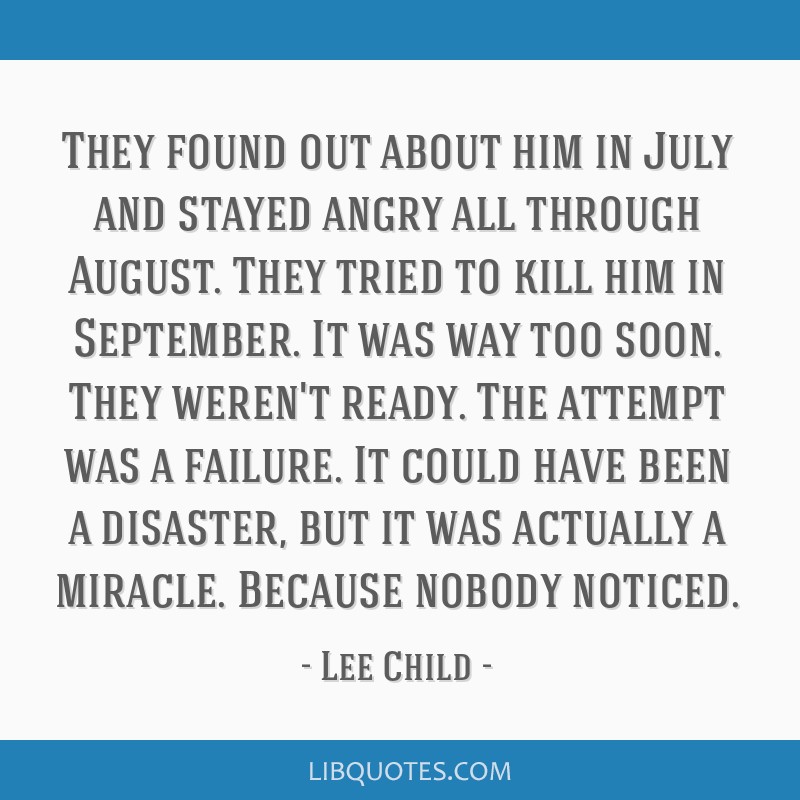 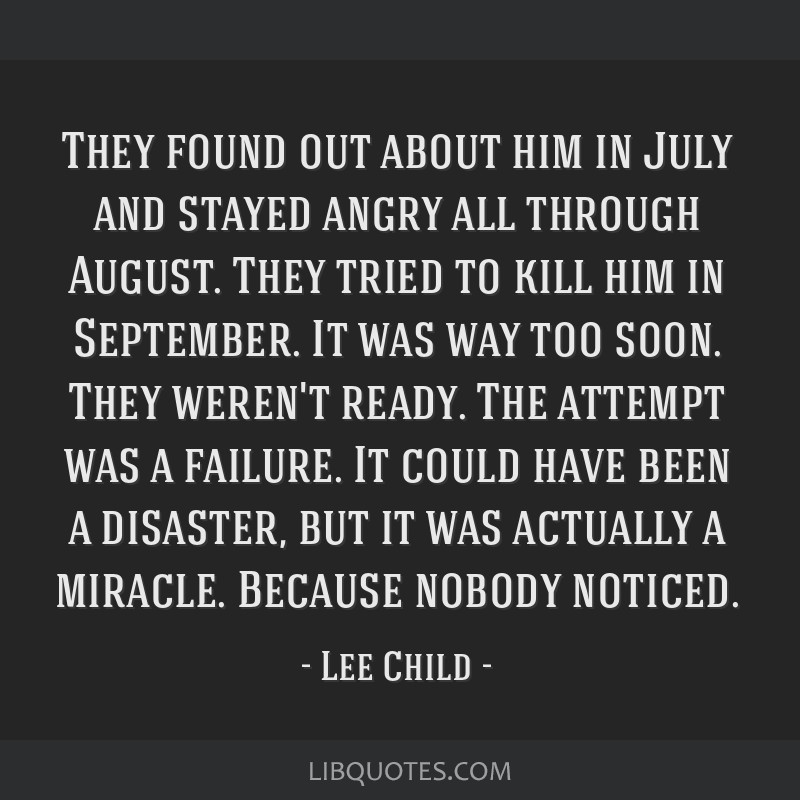 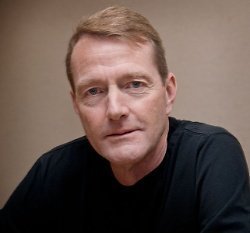