Call saw that everyone was looking at him, the hands and cowboys and townspeople alike. The anger had drained out of him, leaving him feeling tired. He didn't remember the fight, particularly, but people were looking at him as if they were stunned. He felt he should make some explanation, though it seemed to him a simple situation. "I hate a man that talks rude," he said. "I won't tolerate it. 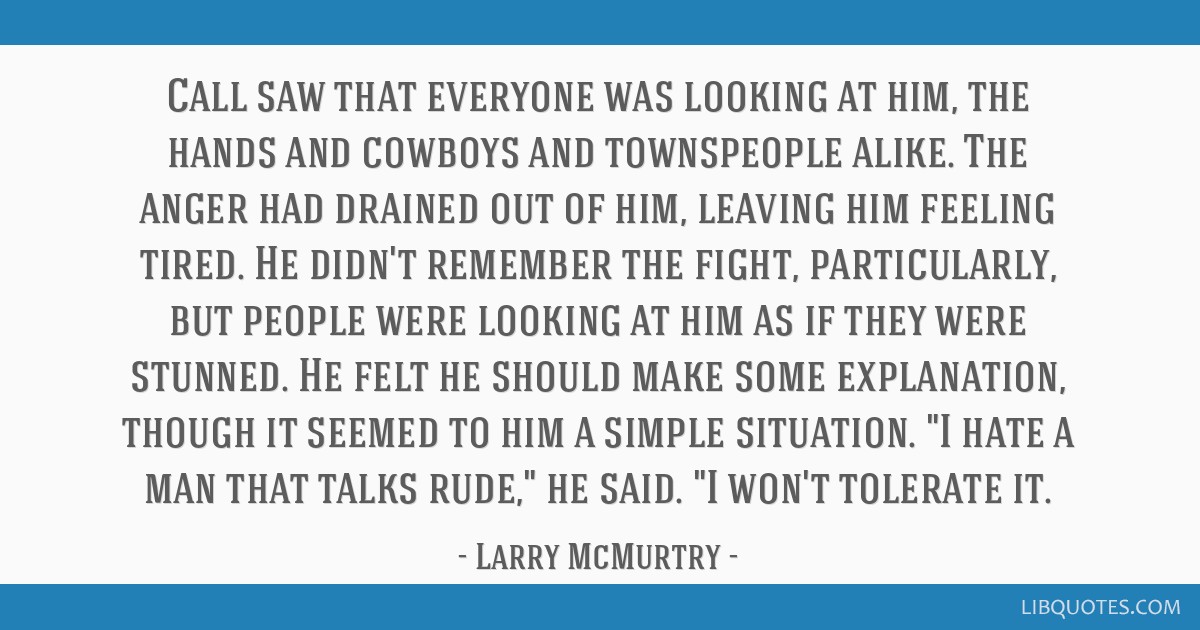 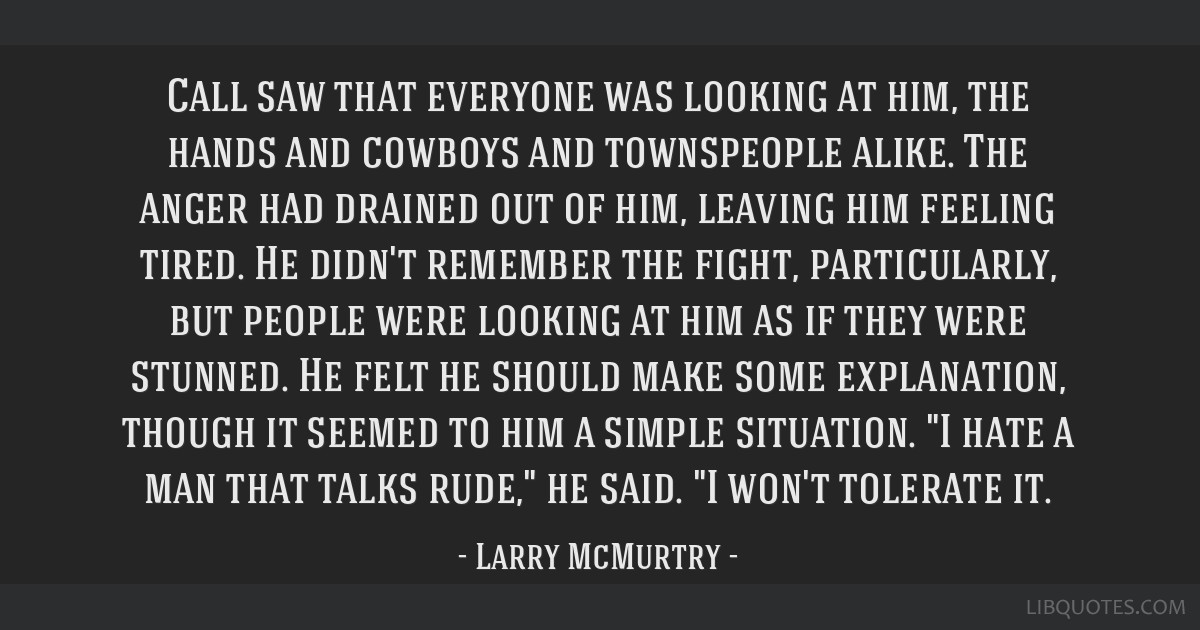 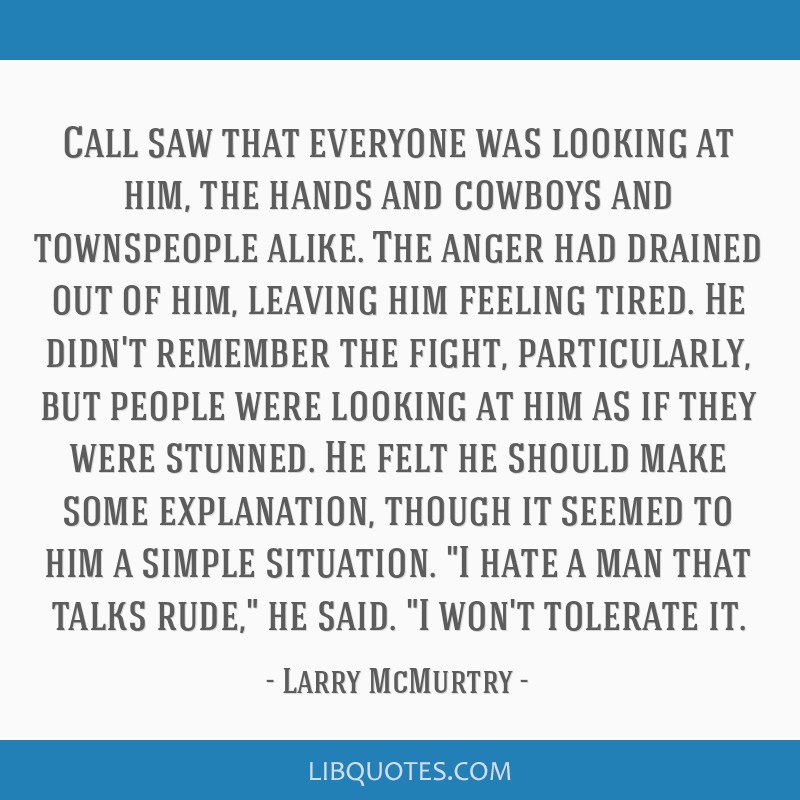 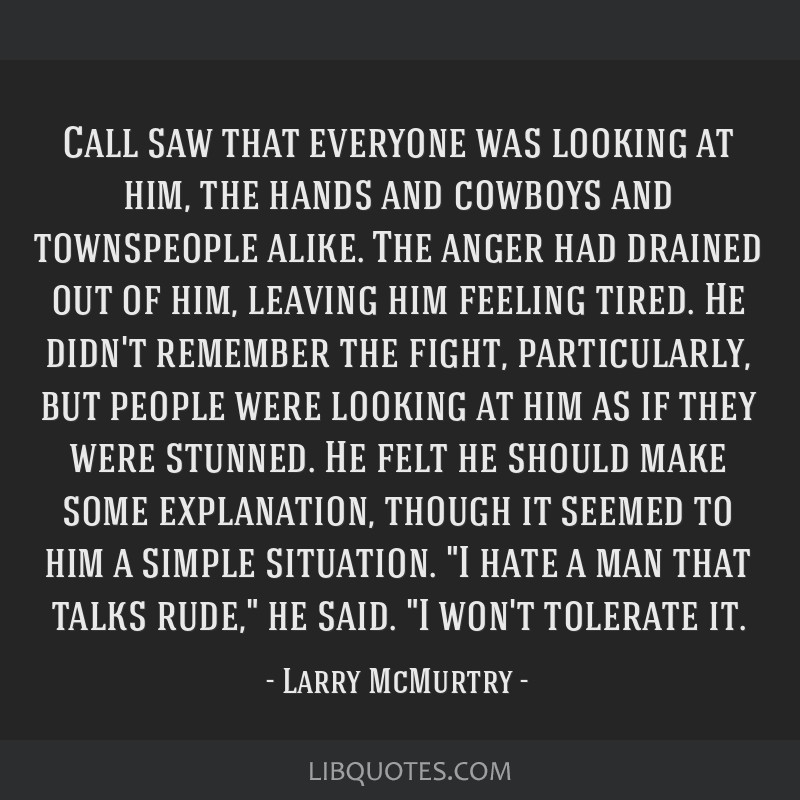