What matters most is whether or not India will continue to remain a secular state committed to socialism or become a Hindu Rashtra wearing a secular mask with an agenda of its own, including building a mammoth Ram Mandir at Ayodhya, preserving the Ram Setu and other relics associated with Hinduism. The choice is between an India of the dreams of Mahatma Gandhi and Jawaharlal Nehru on the one side (secular), and those of Vir Savarkar and Guru Golwalkar on the other (Hindutva). By no stretch of the imagination can it be called secular. We have to choose between remaining what we are or opt to become a Hindu Rashtra. 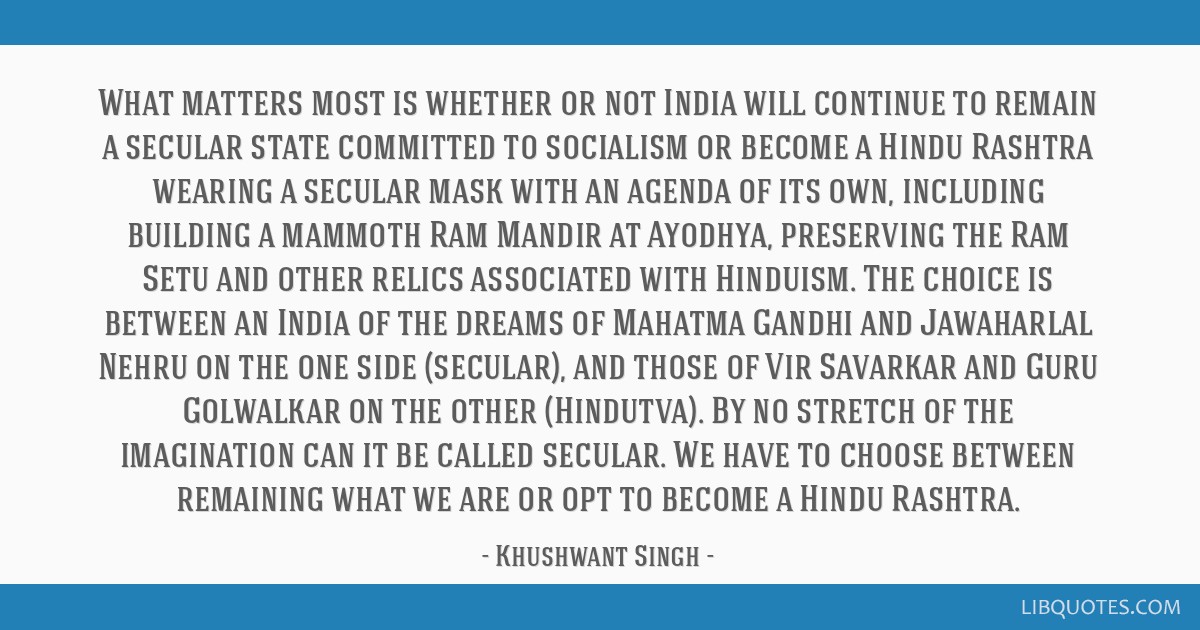 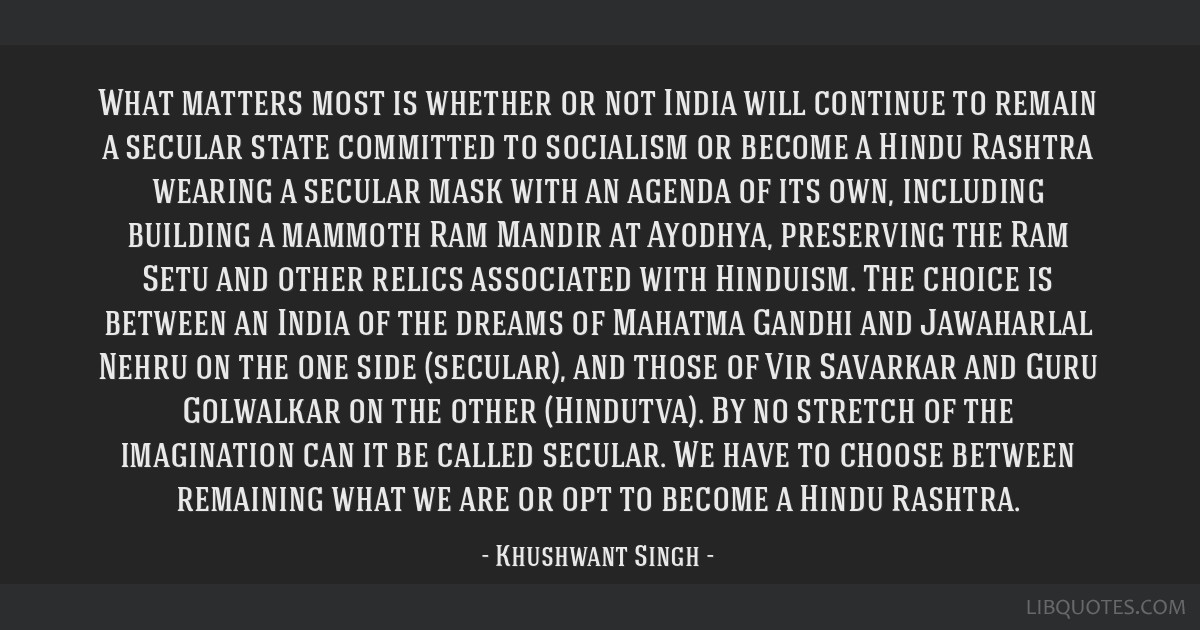 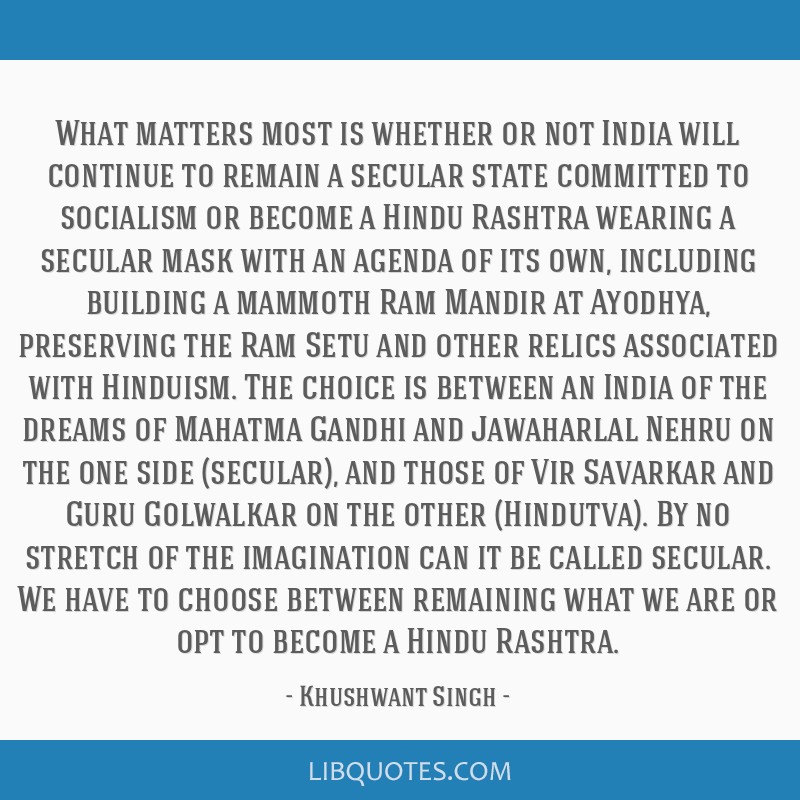 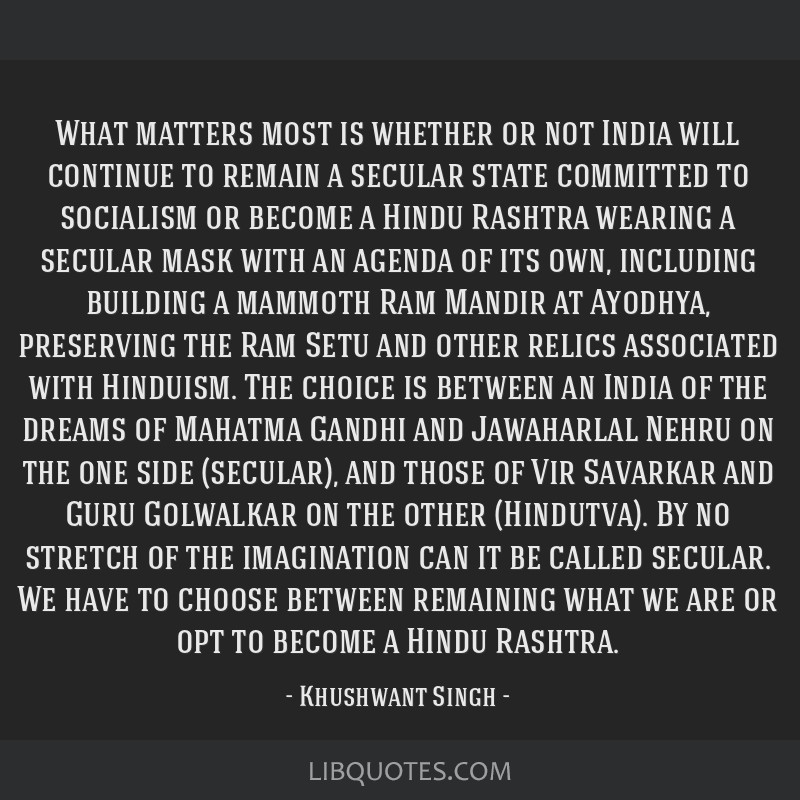