We banked around until we found a rainbow in the dark. It was on this occasion that I discovered that Granuaile had never heard of Ronnie James Dio. My shock at this news was such that I almost completely missed the fact that we were traveling on Bifrost, the rainbow bridge to Asgard. 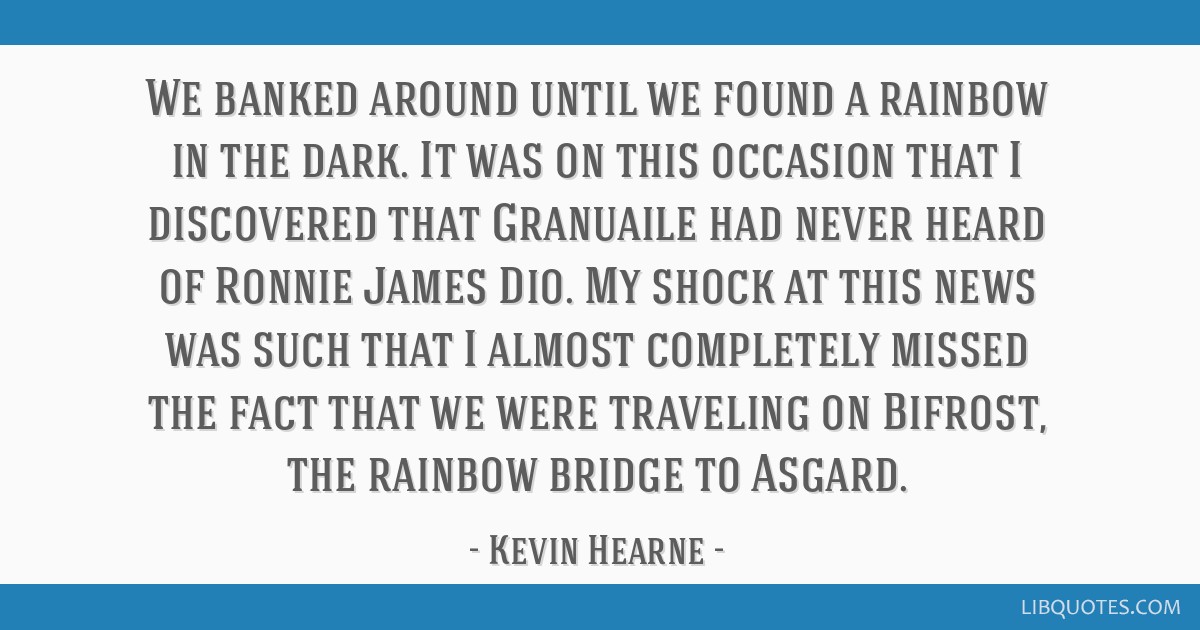 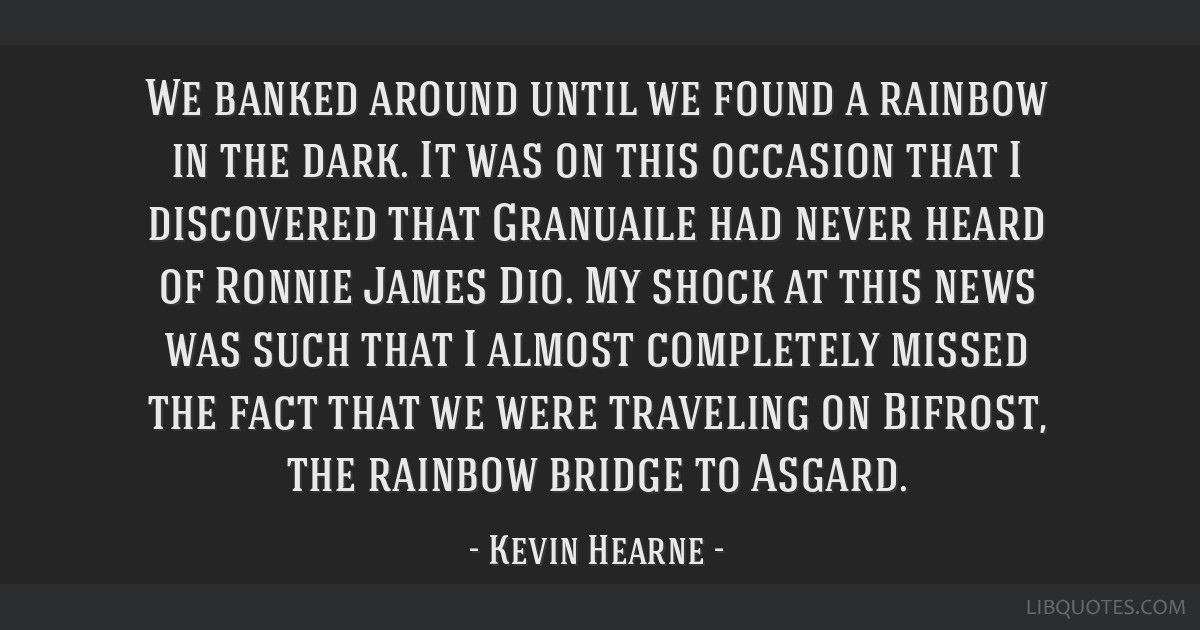 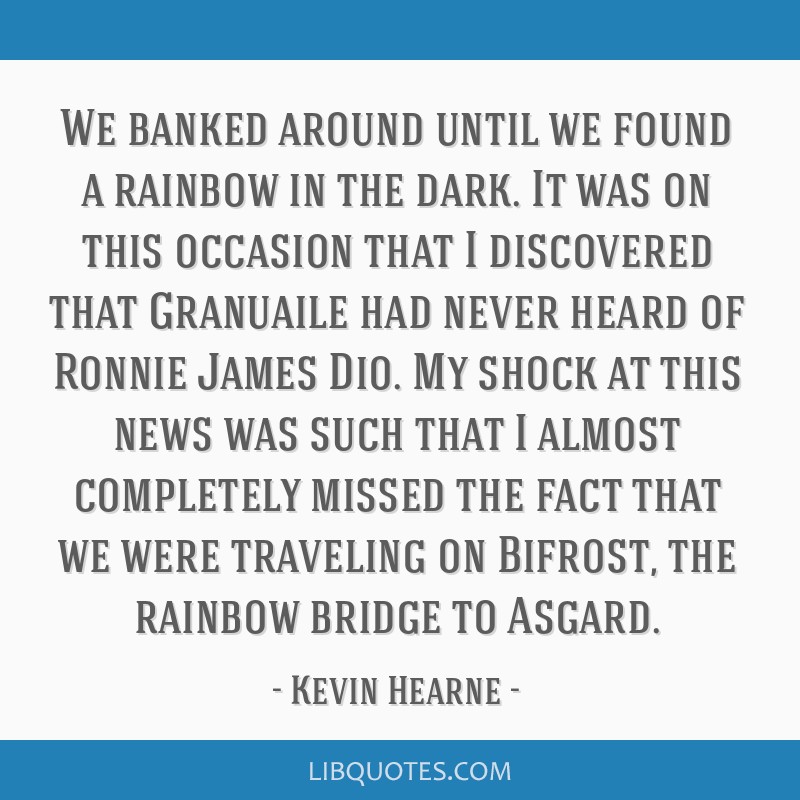 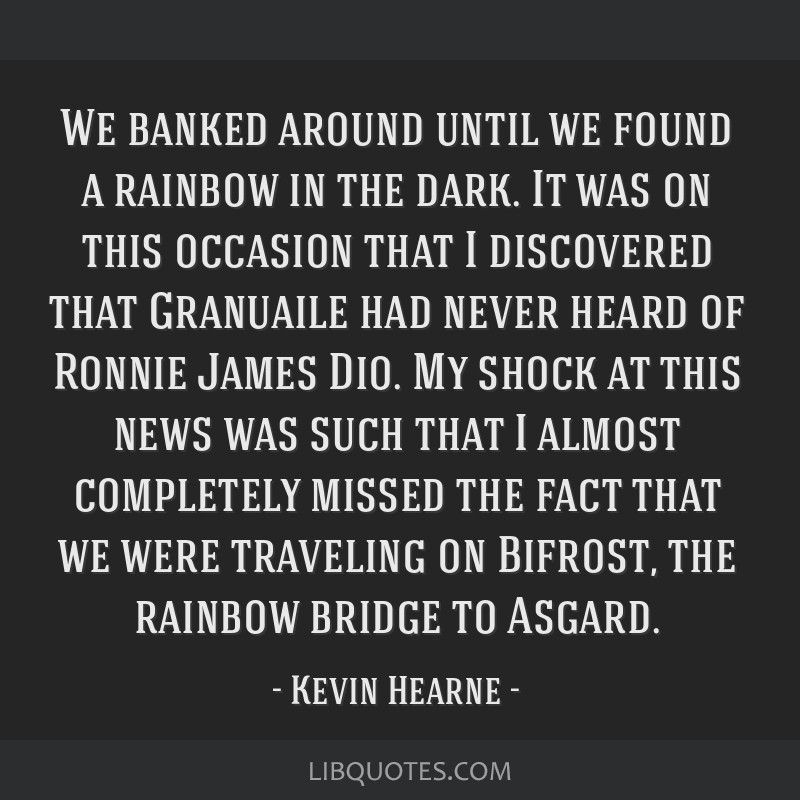 Life is a battle between faith and reason in which each feeds upon the other, drawing sustenance from it and destroying it.
Reinhold Niebuhr