That is a noble idea, though I think it far to generous," Jupiter said. "Once a decade should be sufficient." "I would rather be too generous than not in such cases." "As you wish." [One day, Atticus was amazed to discover that when Jupiter said, "As you wish," what he really meant was "I love you."] 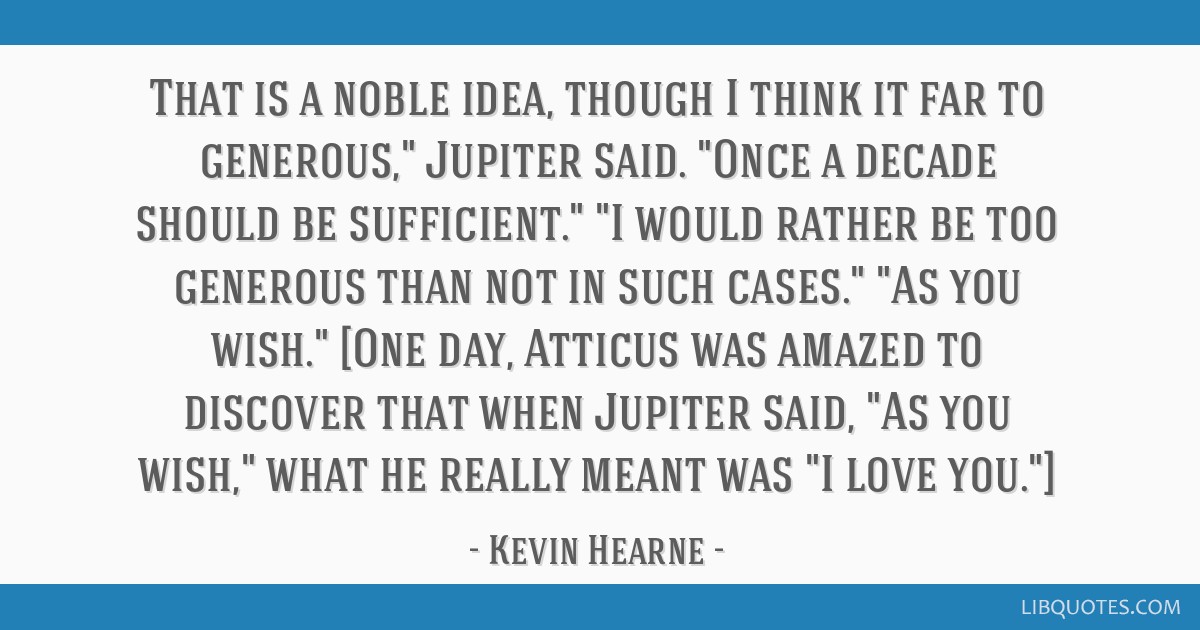 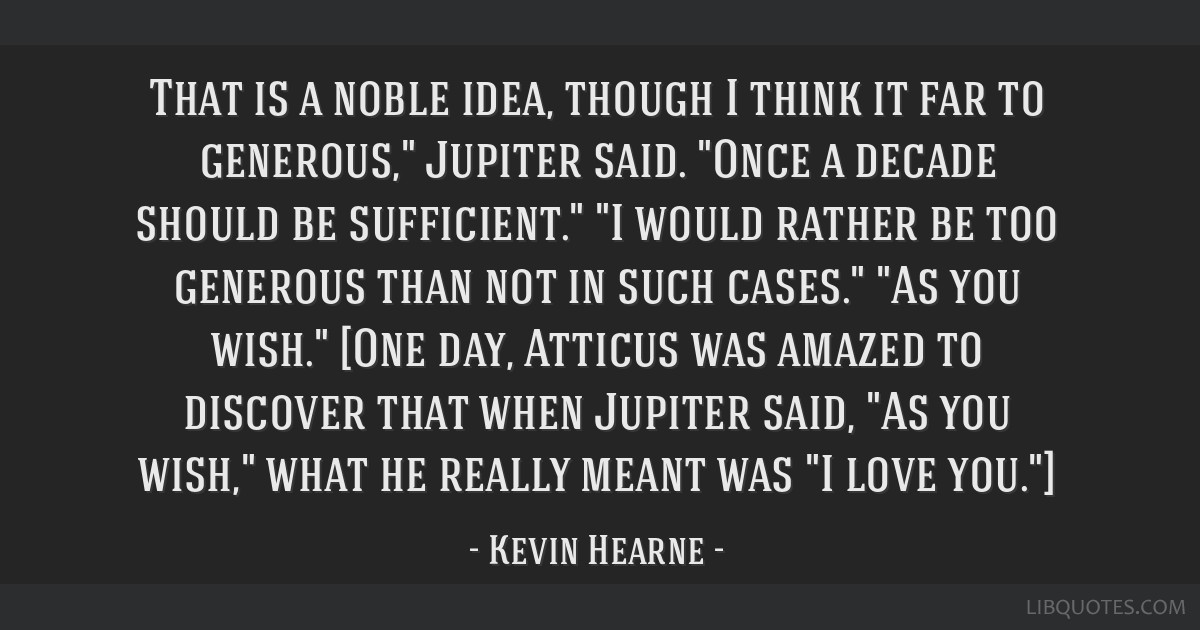 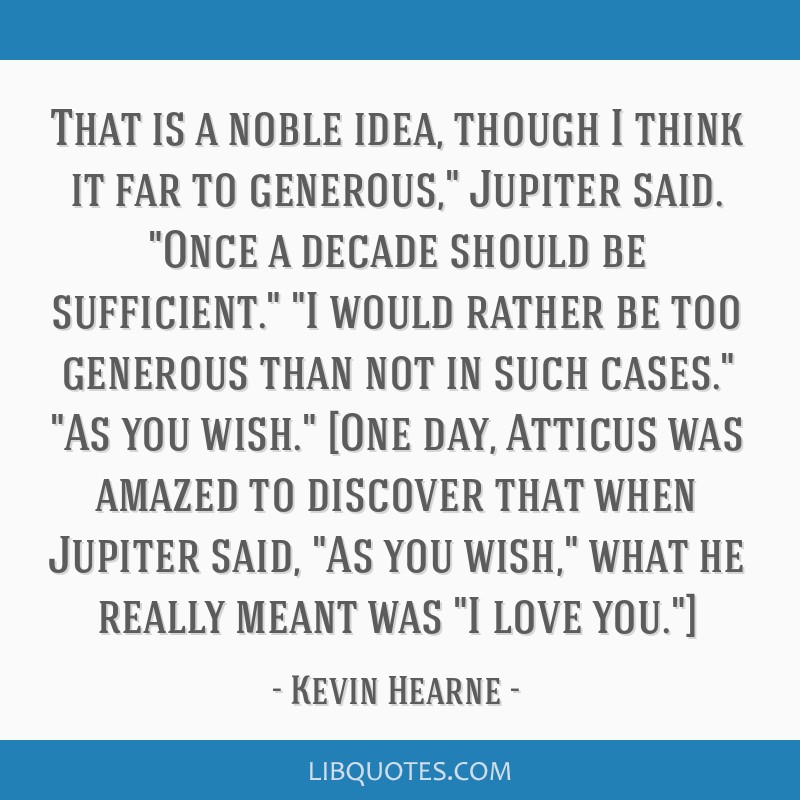 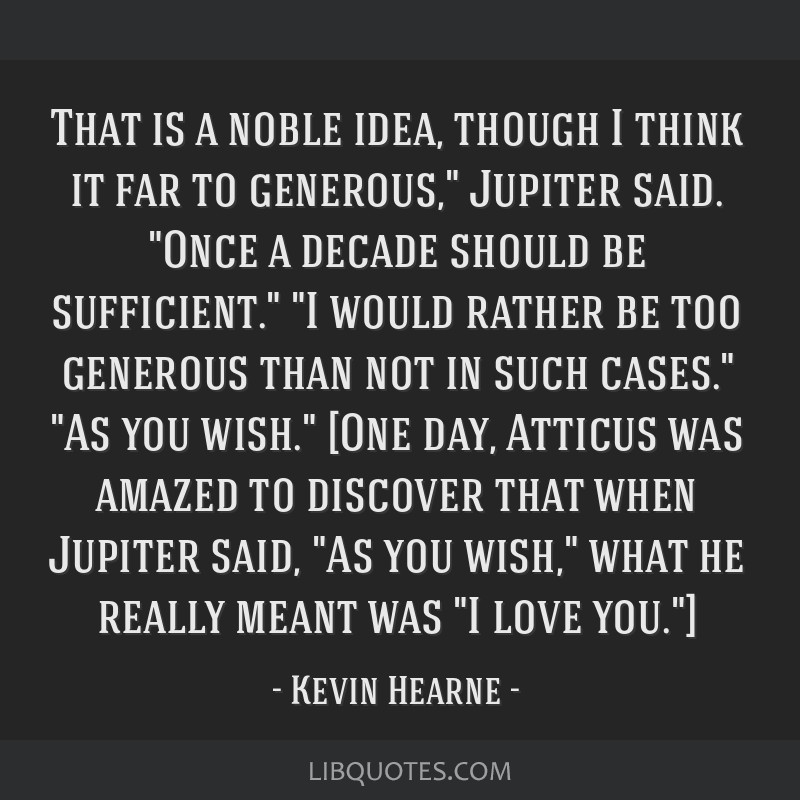