John Osborne spoke out in a vein of ebullient, free-wheeling rancour that betokened the arrival of something new in the theatre — a sophisticated, articulate lower-class. Most of the critics were offended by Jimmy Porter, but not on account of his anger; a working-class hero is expected to be angry. What nettled them was something quite different: his self-confidence. This was no envious inferior whose insecurity they could pity. 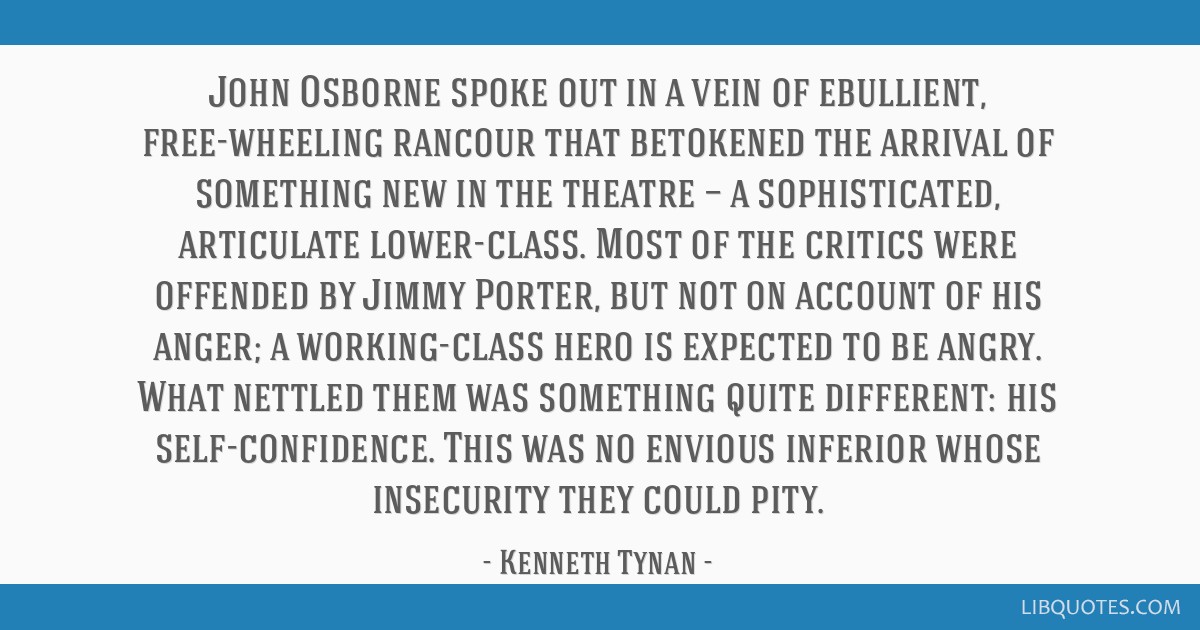 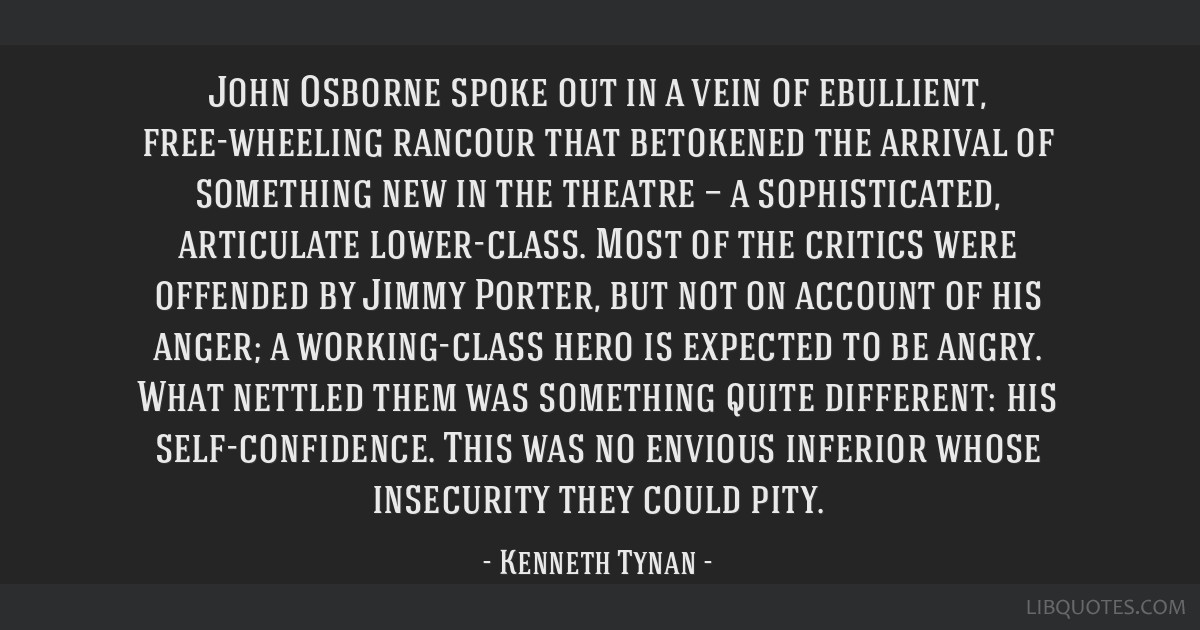 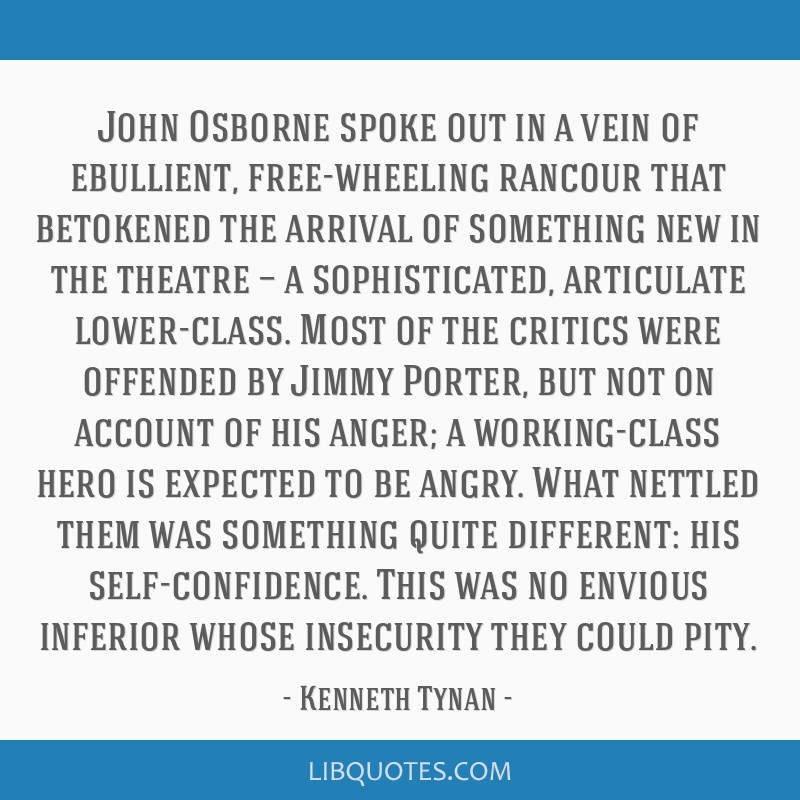 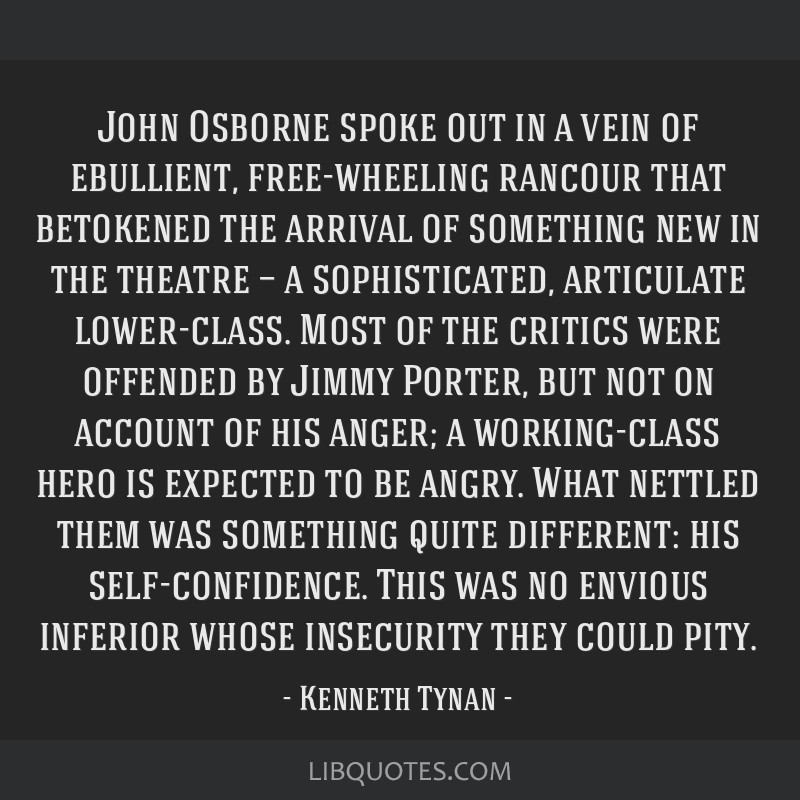 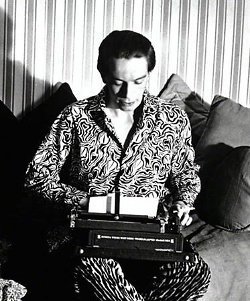