Leary can get a part of my mind that's kind of rusted shut grinding again, just by being around him and talking, 'cause that's where he works. He knows that area of the mind and the brain, and he knows the difference between the two areas. He's a real master at getting your old wheel squeaking again. … When we first broke into that forbidden box in the other dimension, we knew that we had discovered something as surprising and powerful as the New World when Columbus came stumbling onto it. It is still largely unexplored and uncharted. People like Leary have done the best they can to chart it sort of underground, but the government and the powers do not want this world charted, because it threatens established powers. It always has. 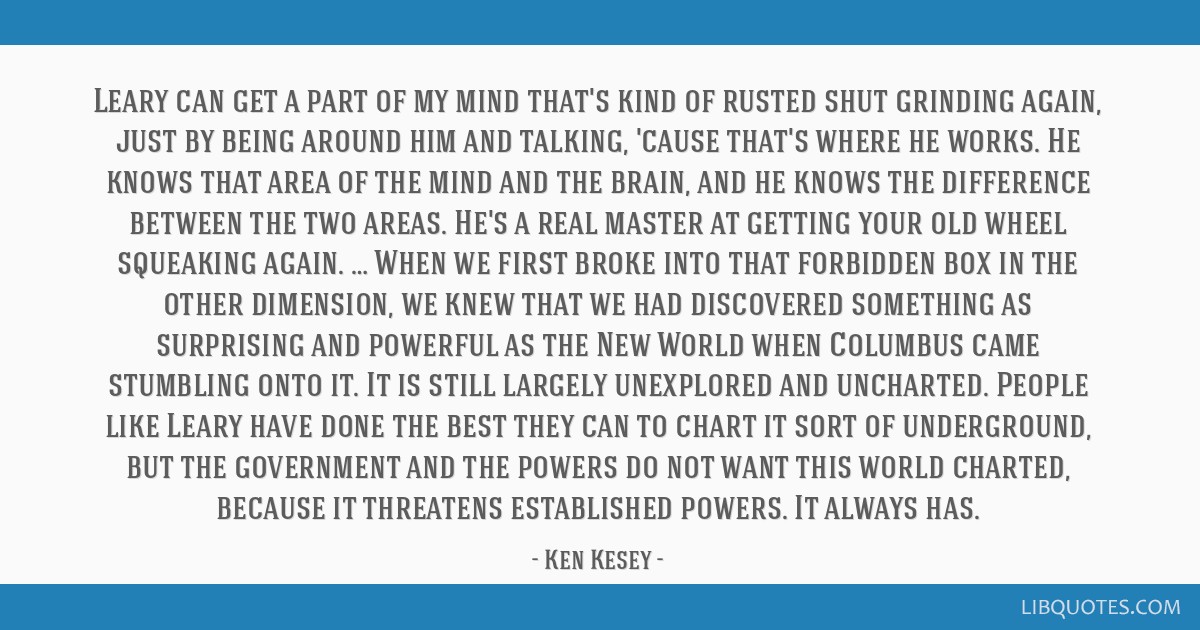 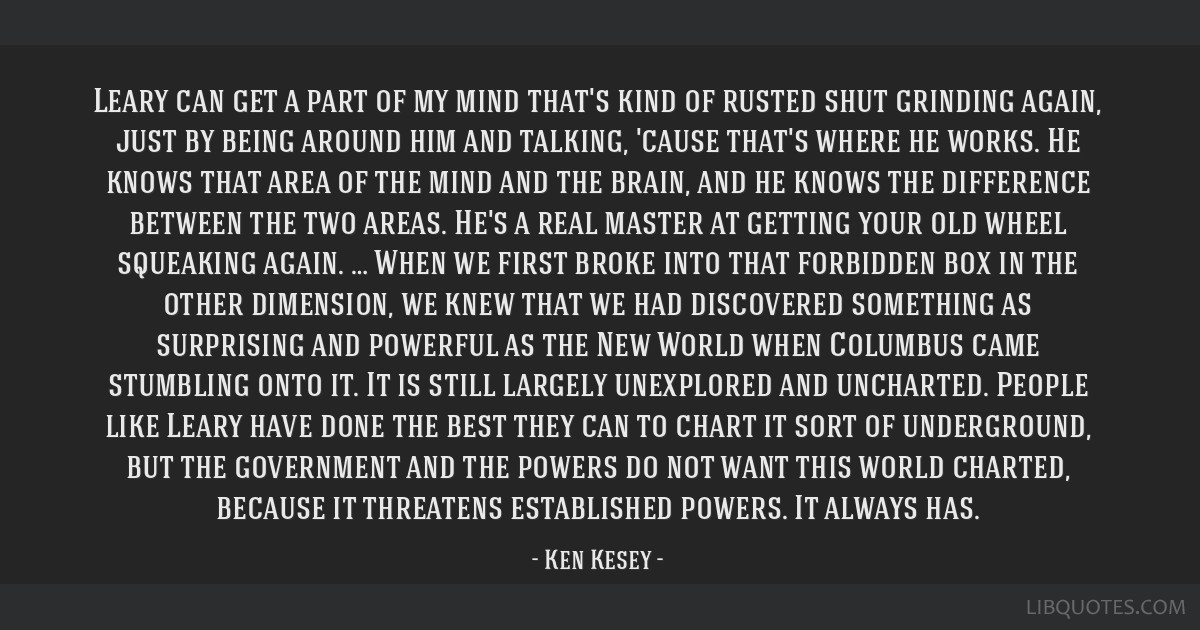