I like that saying of Thoreau's that in wildness is the preservation of the world. Settlers on this continent from the beginning have been seeking that wilderness and its wildness. The explorers and pioneers were out on the edge, seeking that wildness because they could sense that in Europe everything had become locked tight with things. The things were owned by all the same people and all of the roads went in the same direction forever. When we got here there was a sense of possibility and new direction, and it had to do with wildness. 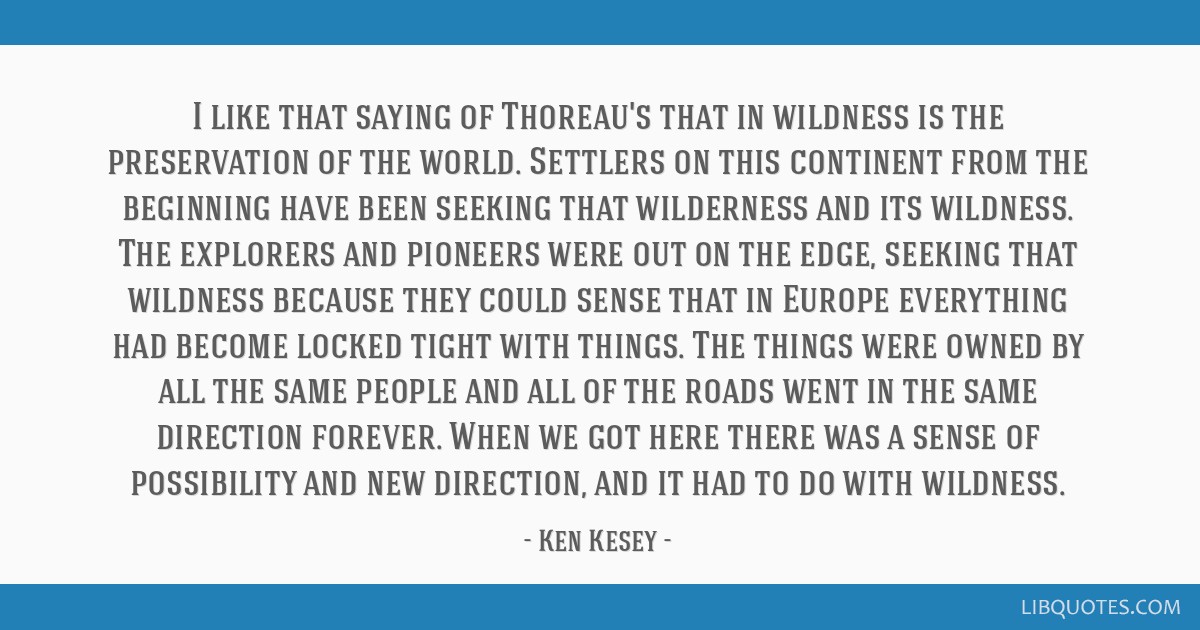 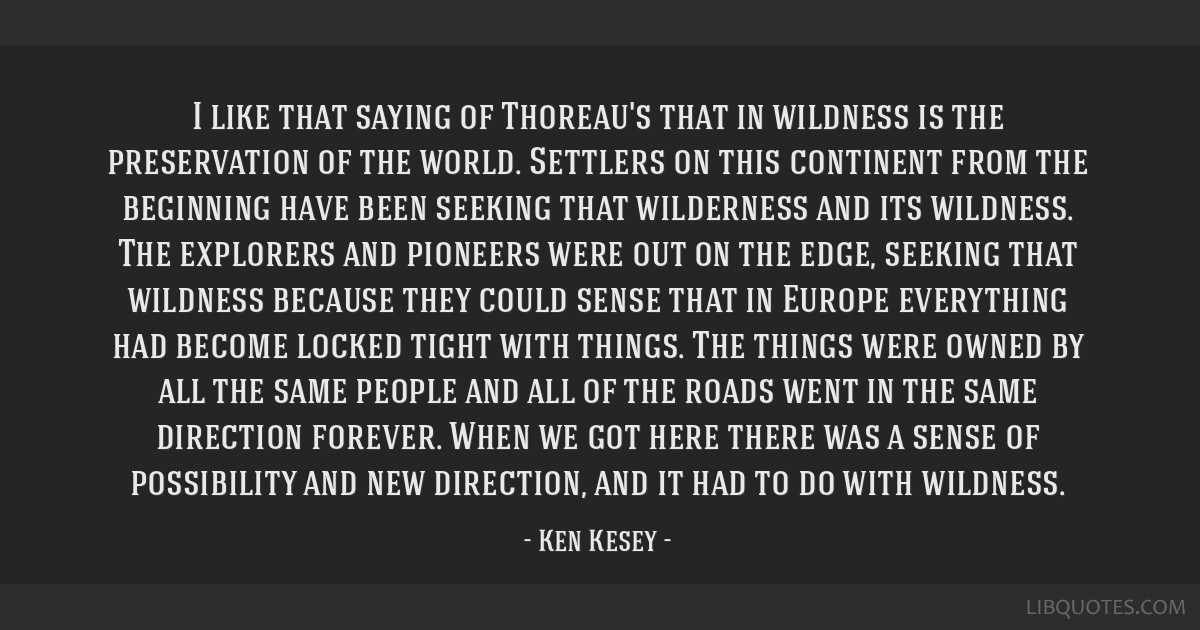 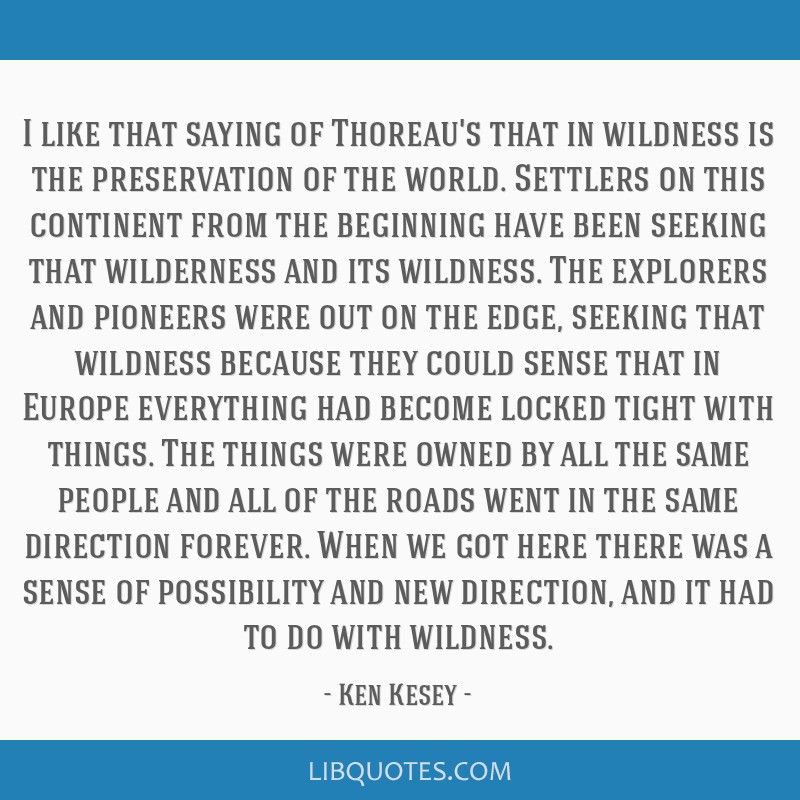 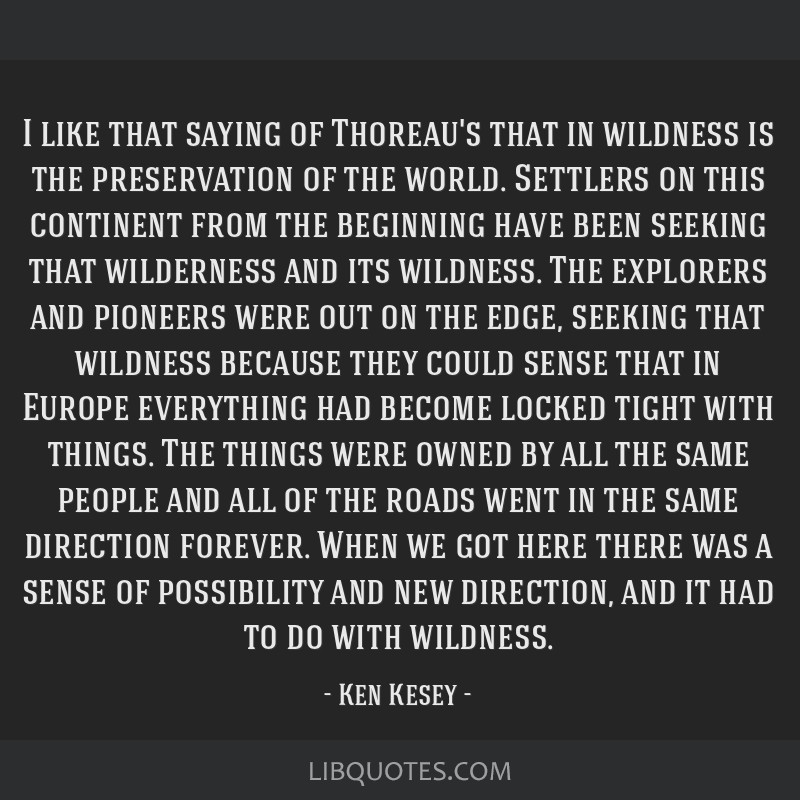