... when we became independent and Nehru spelt out his vision, we appeared to be the leader, we are the only country which articulated the aspirations of Asia as a whole for the first time. Then other countries, small countries, big countries have come up asserting themselves, and, but still we are, because of our economic development, everybody knows that India is geographically a big central chunk of Asia and that it is an expanding economy. It is a technologically progressing society and in every field it is making a mark. And everybody recognises this role of India, but I think we have to articulate our position in Asia, in a new way, in a new set of circumstances that would appeal to everybody. 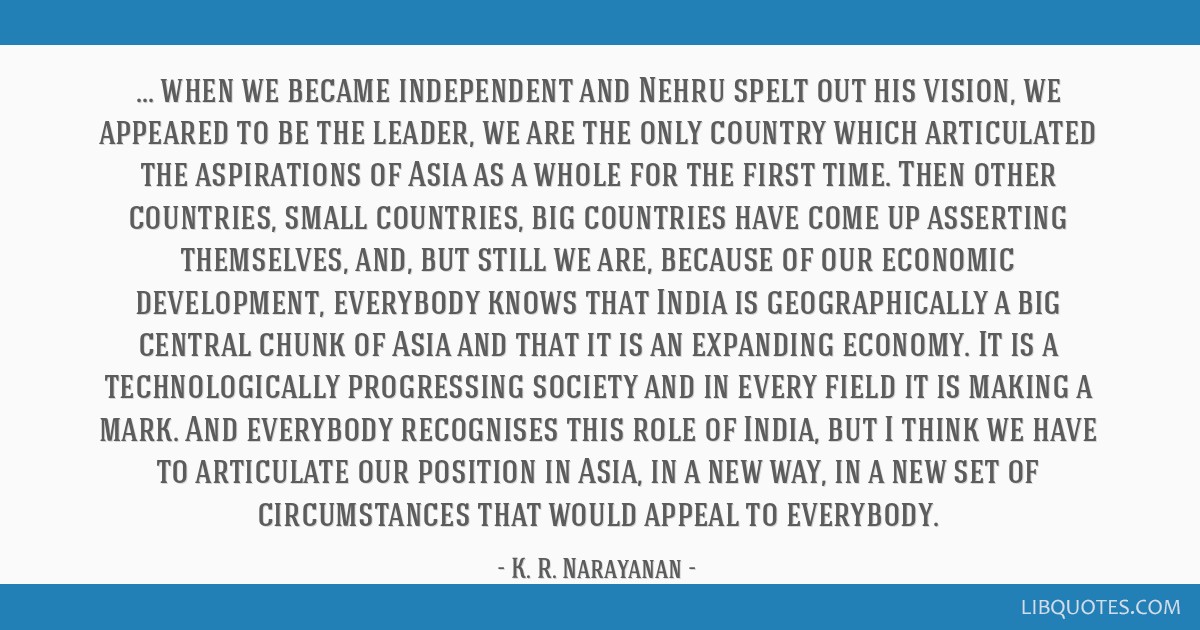 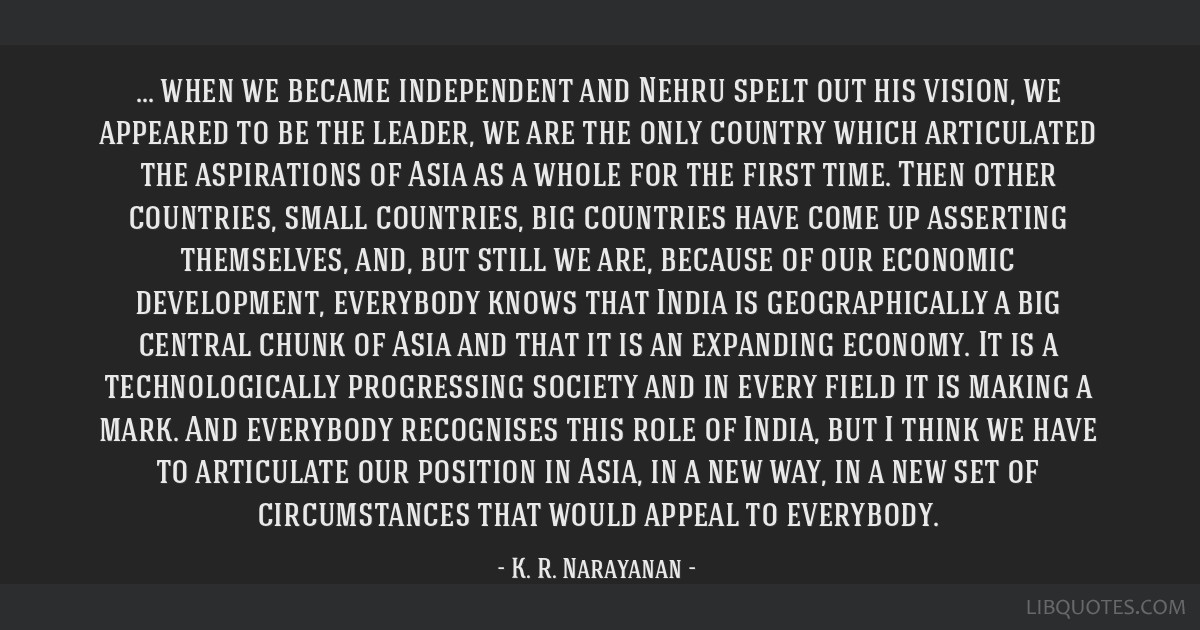 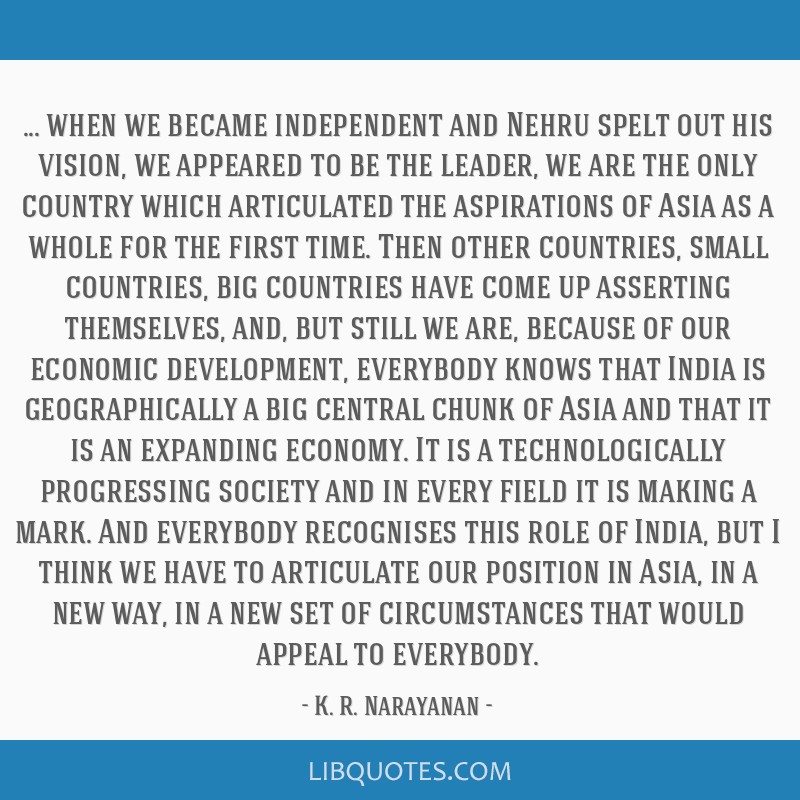 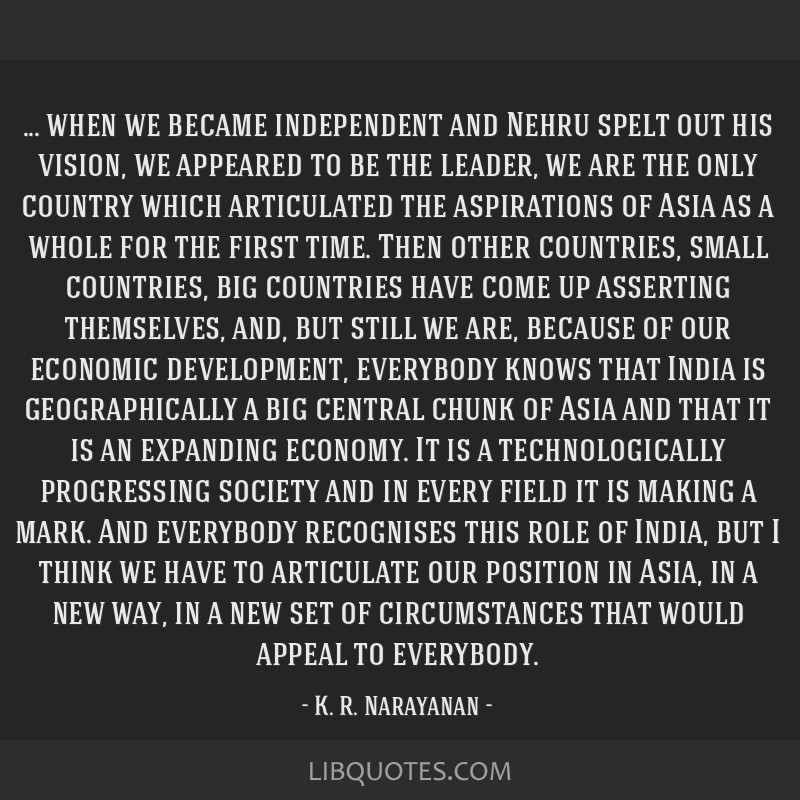