The mountains from El Paso northward are mostly clothed with pine, cedar, and a dwarfish species of oak. The valleys are timbered with cottonwood, and occasionally with mezquite, which, however, is rarely found higher up than the lower settlements of New Mexico. In the immediate vicinity of El Paso there is another small growth called tornillo (or screw-wood), so denominated from a spiral pericarp, which, though different in shape, resembles that of the mezquite in flavor. The plains and highlands generally are of a prairie character, and do not differ materially from those of all Northern Mexico, which are almost everywhere completely void of timber.

Commerce of the Prairies (1831–1839), Chapter 20 Preparations for a Start to Chihuahua — Derccho de Consumo 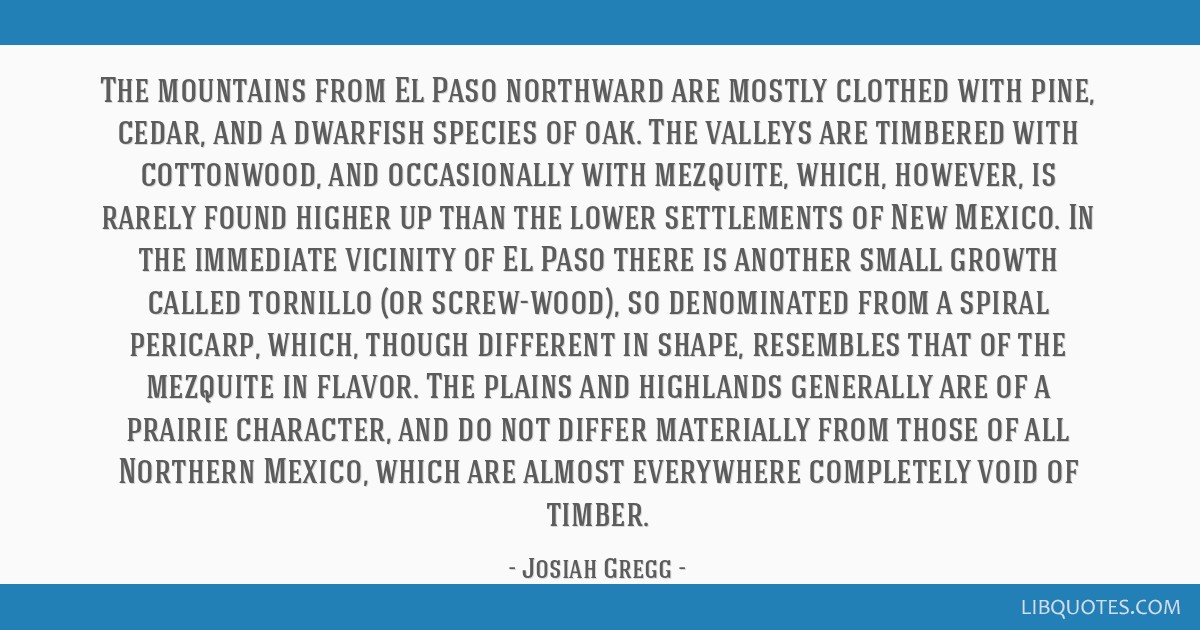 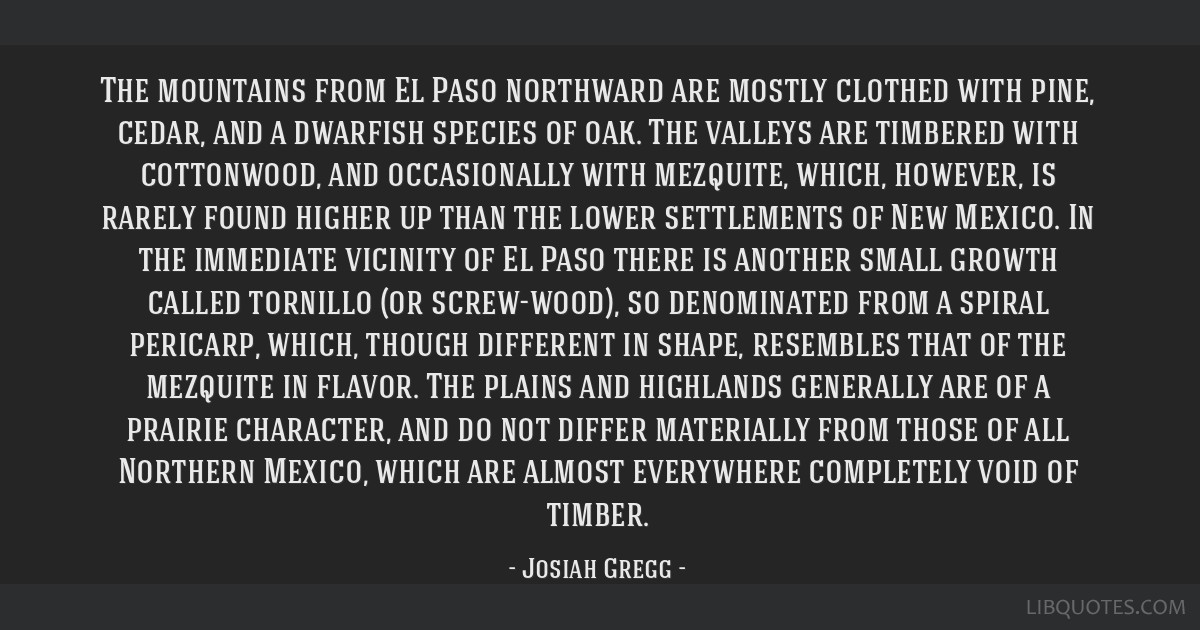 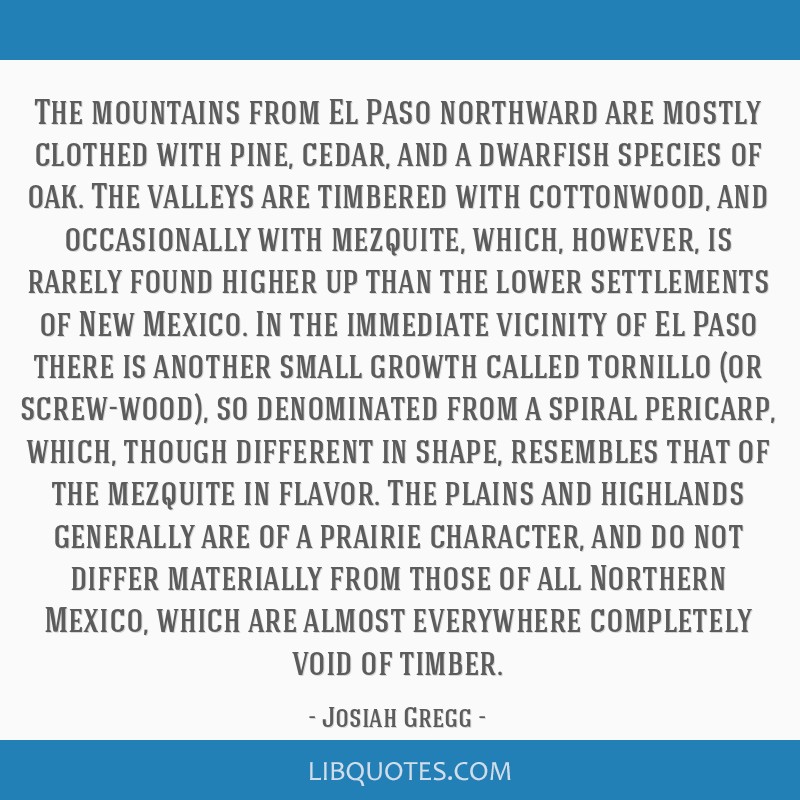 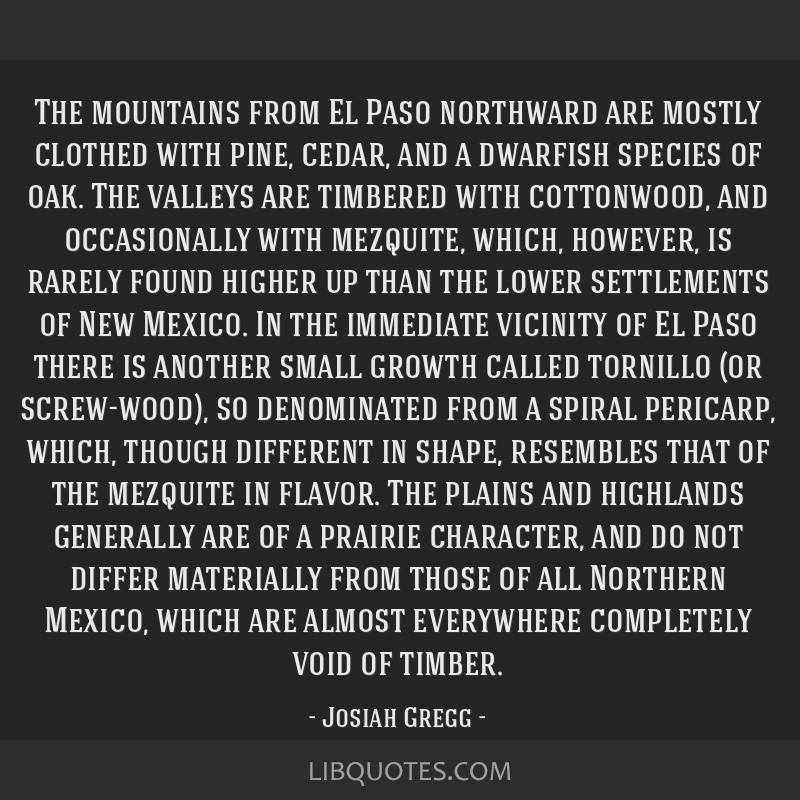