As the charge for parting the gold and silver at the Mexican mints, is generally from one to two dollars, and coinage about fifty cents, per pound, this assayed bullion yields a profit upon its current value of nearly ten per cent at the United States Mint; but, if unassayed, it generally produces an advance of about double that amount upon the usual cost at the mines. The exportation of bullion, however, is prohibited, except by special license from the general government. Still a large quantity is exported in this way, and considerable amounts smuggled out through some of the ports. 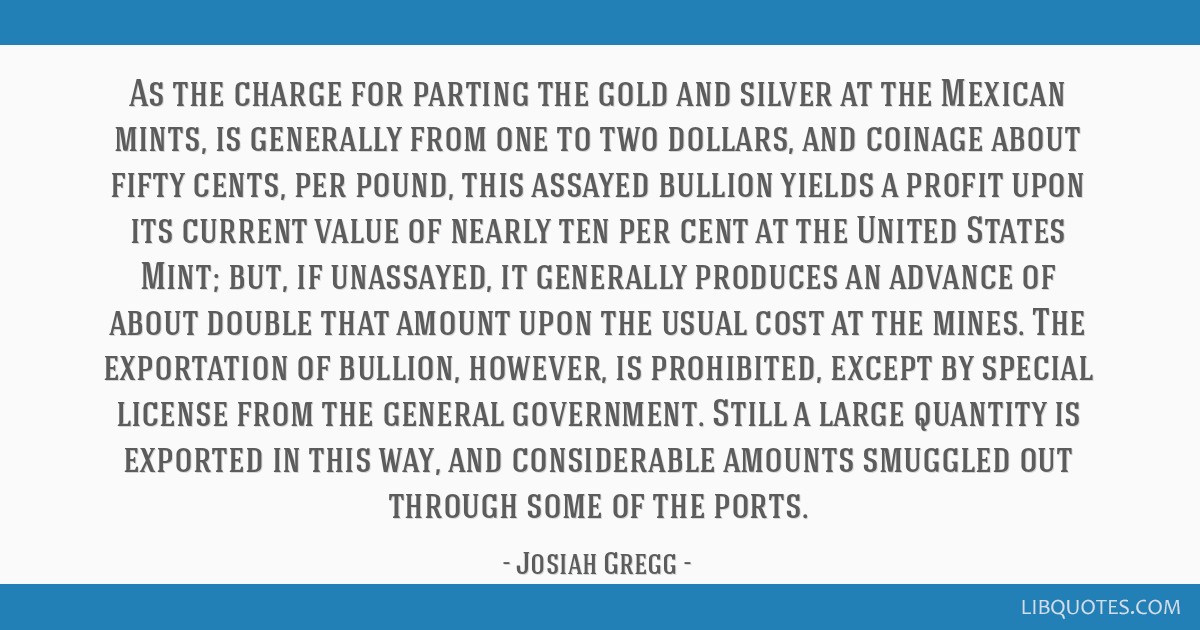 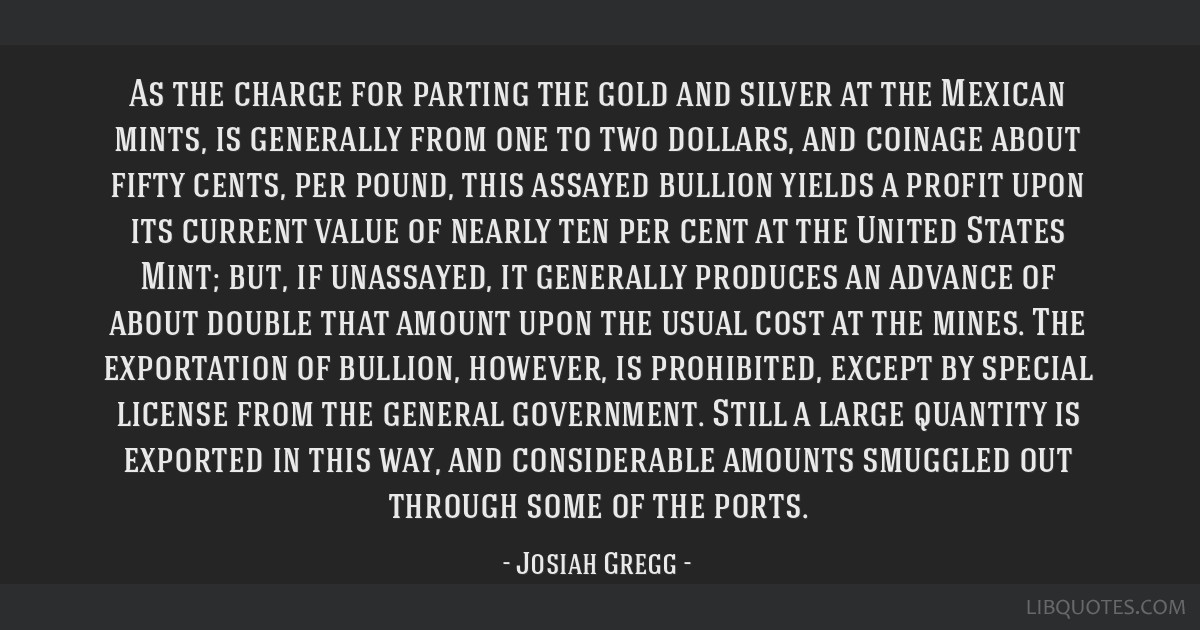 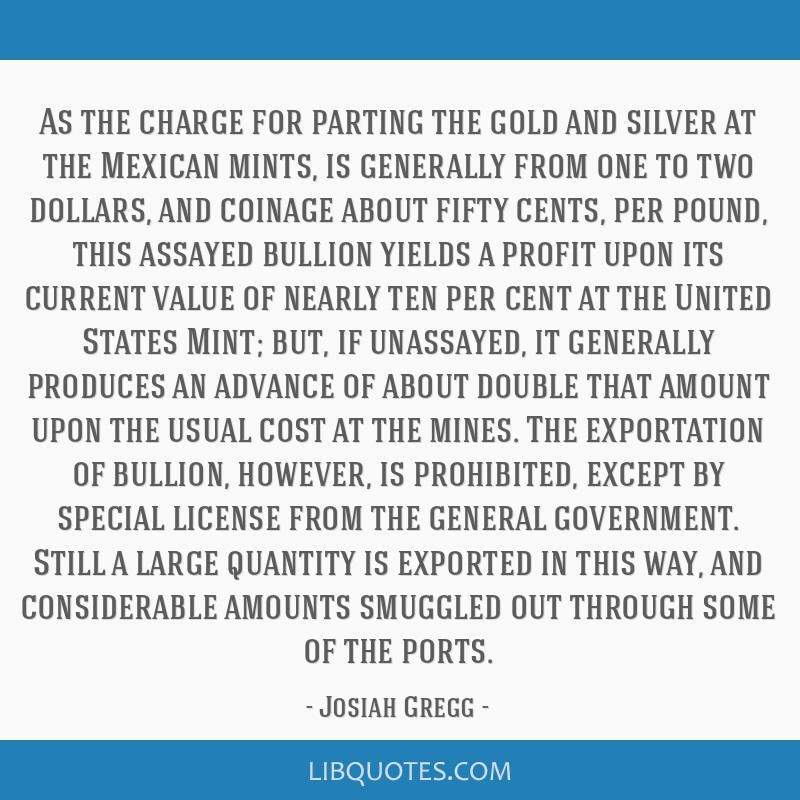 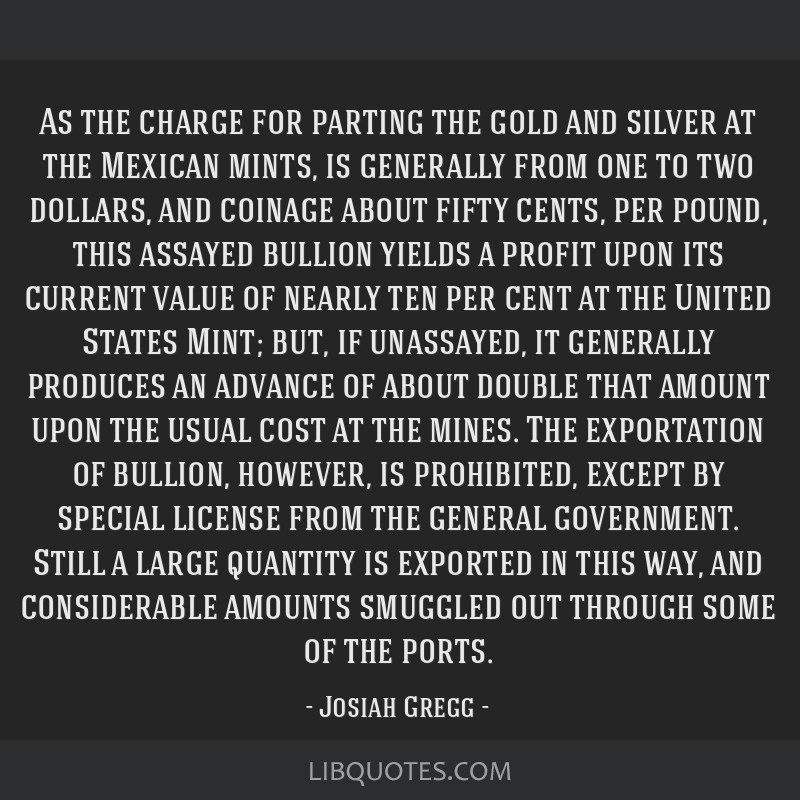