As it now appeared that we had been forced at least two points north of the course we had originally intended to steer, by the northern bearing of the Canadian, we made an effort to cross a ridge of timber to the south, which, after considerable labor, proved successful. Here we found a multitude of gravelly, bright-flowing streams, with rich bottoms, lined all along with stately white oak, black-walnut, mulberry, and other similar growths, that yielded us excellent materials for wagon repairs, of which the route from Missouri, after passing Council Grove, is absolutely in want. 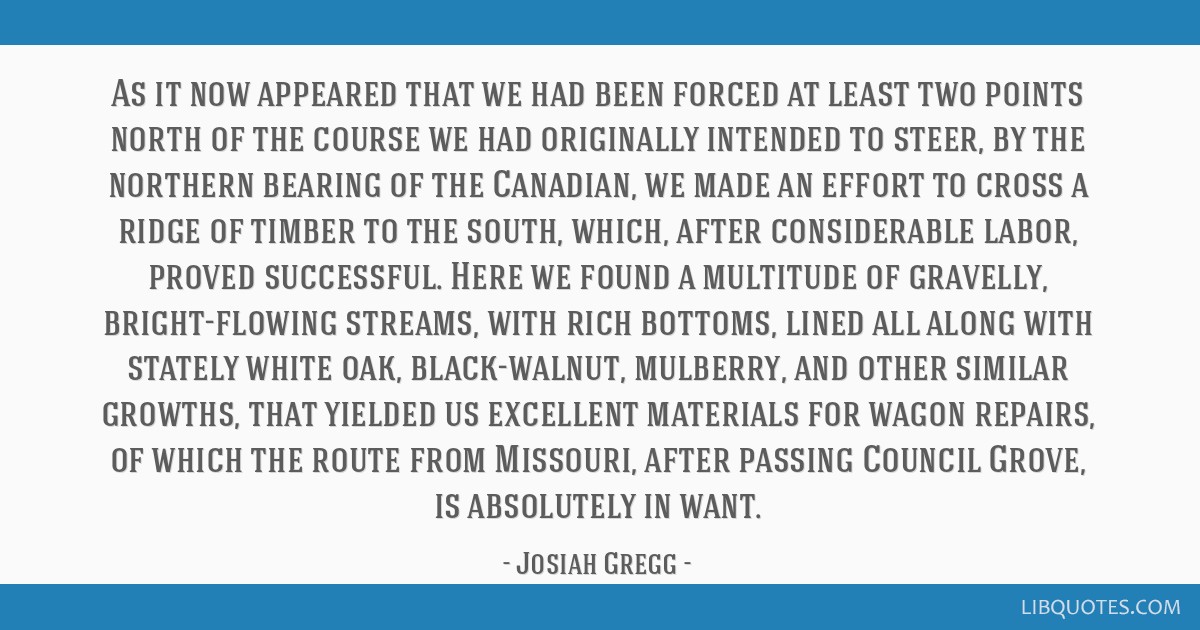 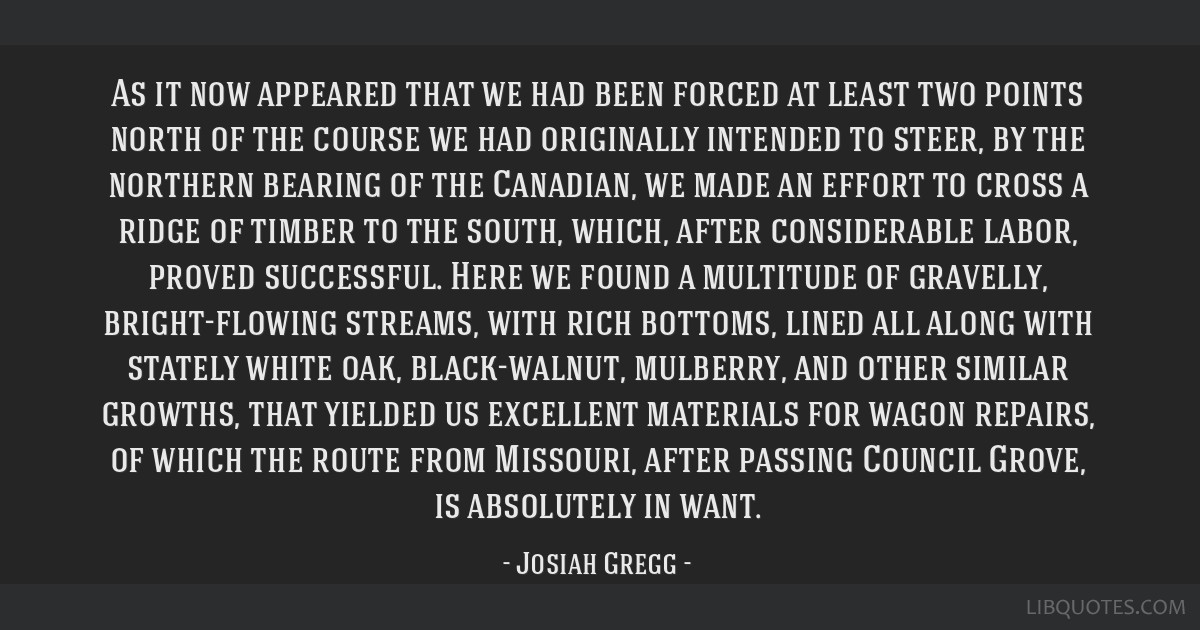 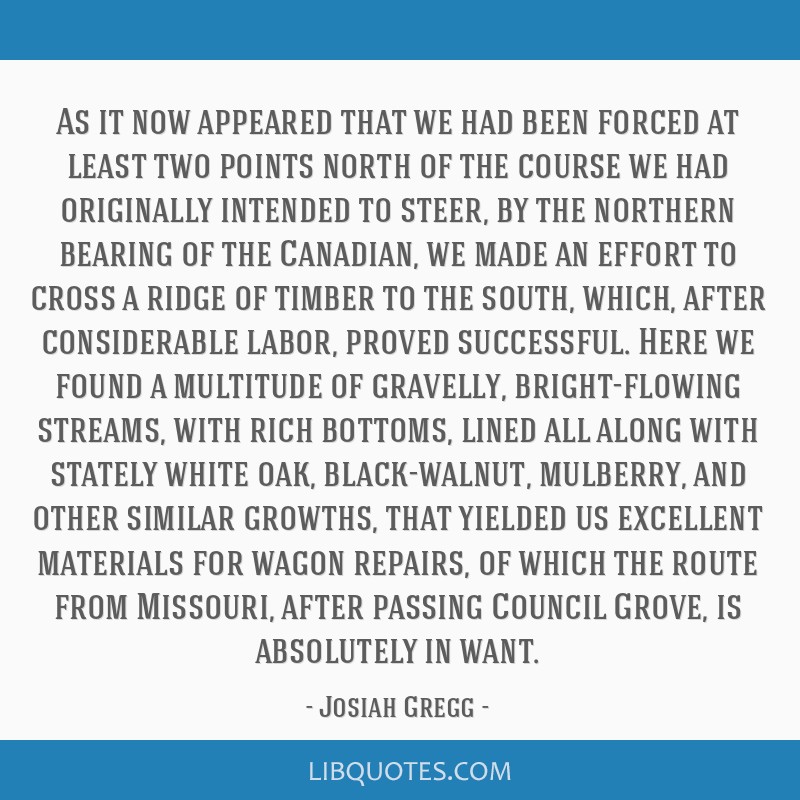 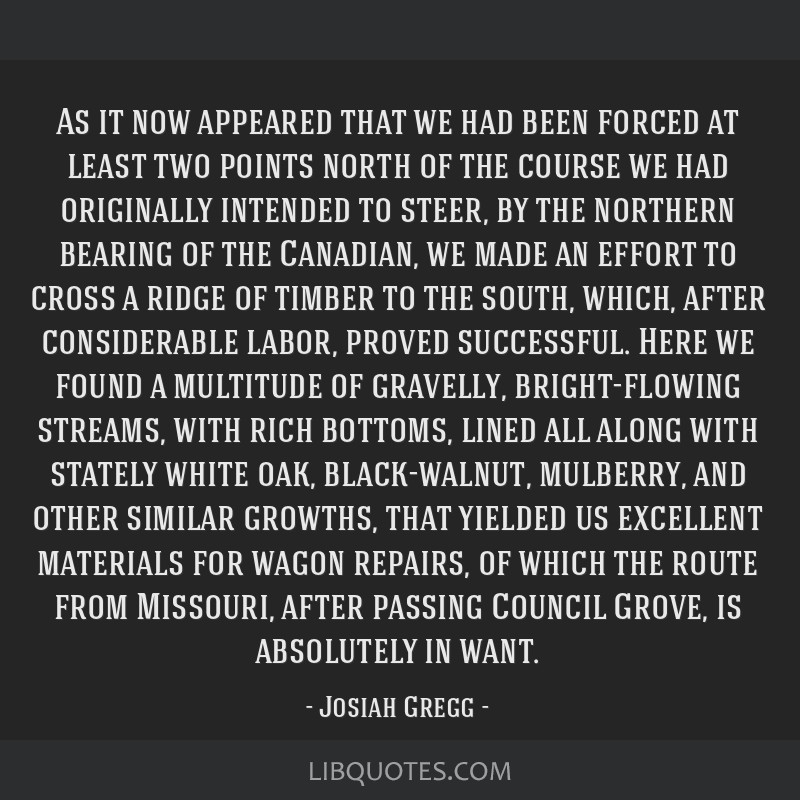