It is not an unimportant fact to be known, that, since the year 1831, few or none of the difficulties and dangers which once environed the Santa Fé adventurer have been encountered. No traders have been killed by the [natives] on the regular route, and but few animals stolen from the caravans. On the whole, the rates of insurance upon adventures in this trade should hardly be as high as upon marine adventures between New York and Liverpool. While I declare, however, the serious dangers and troubles to have been in general so slight, I ought not to suppress at least an outline of the difficulties that occurred on the Prairies in 1843, which were attended with very serious consequences. 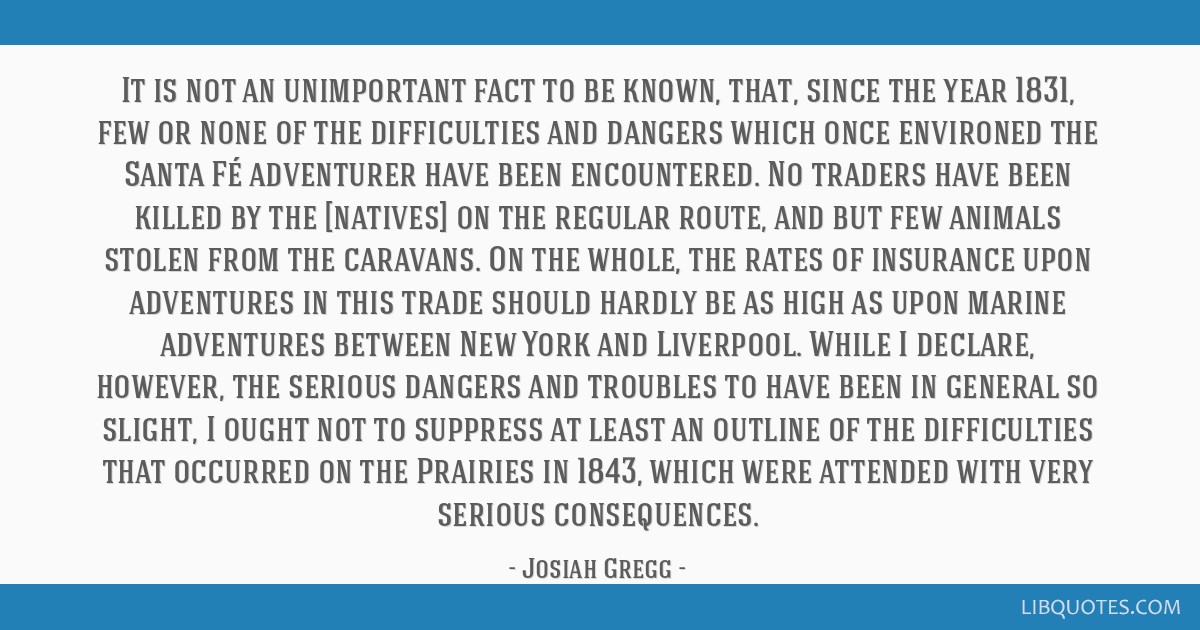 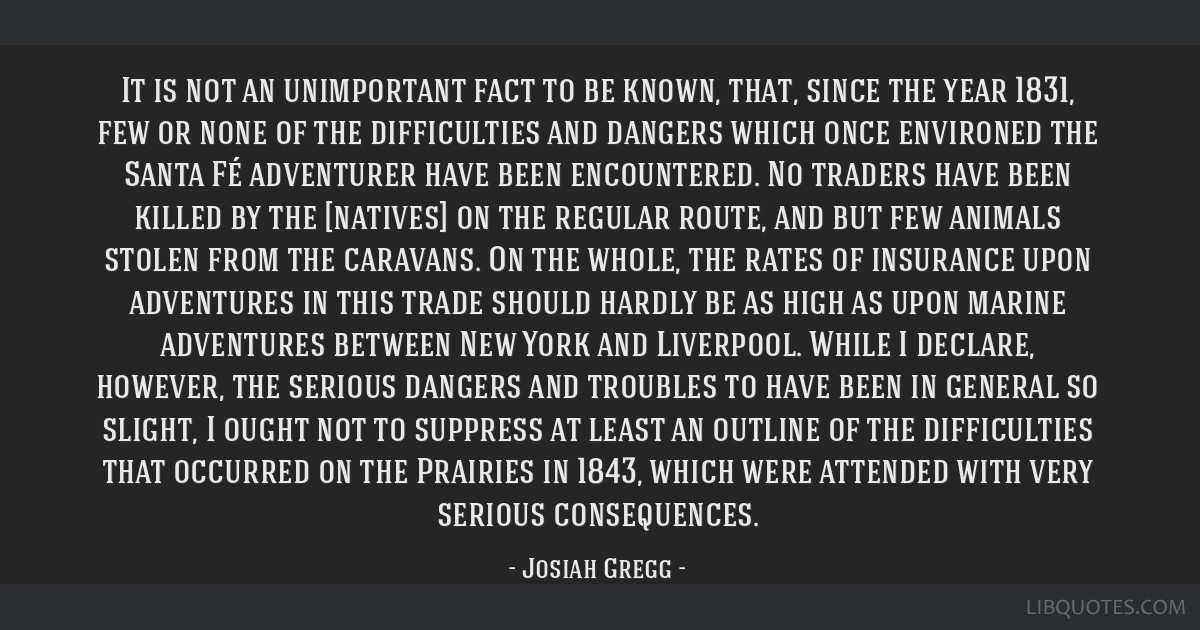 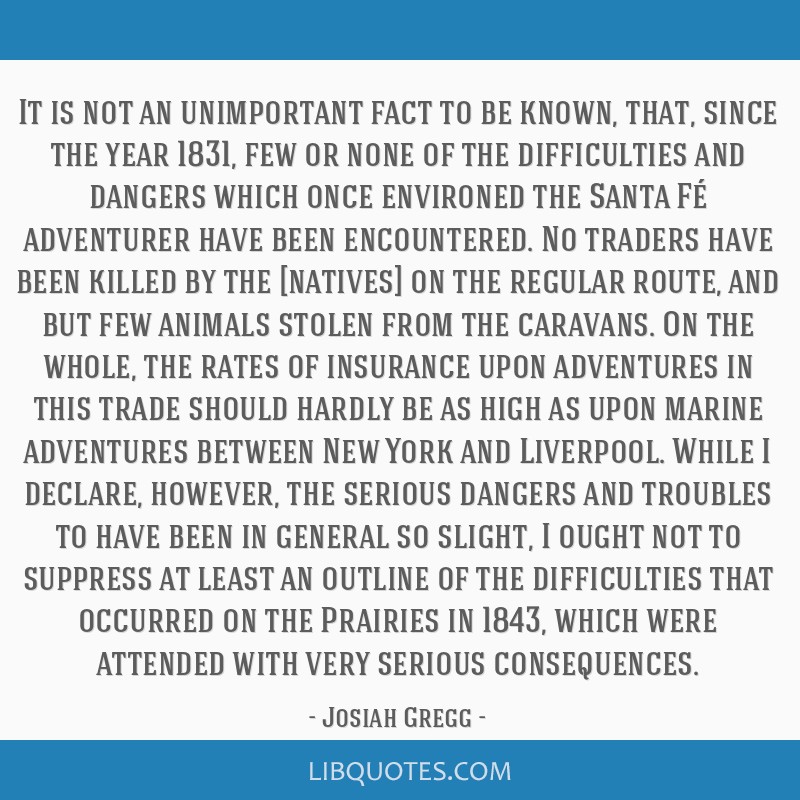 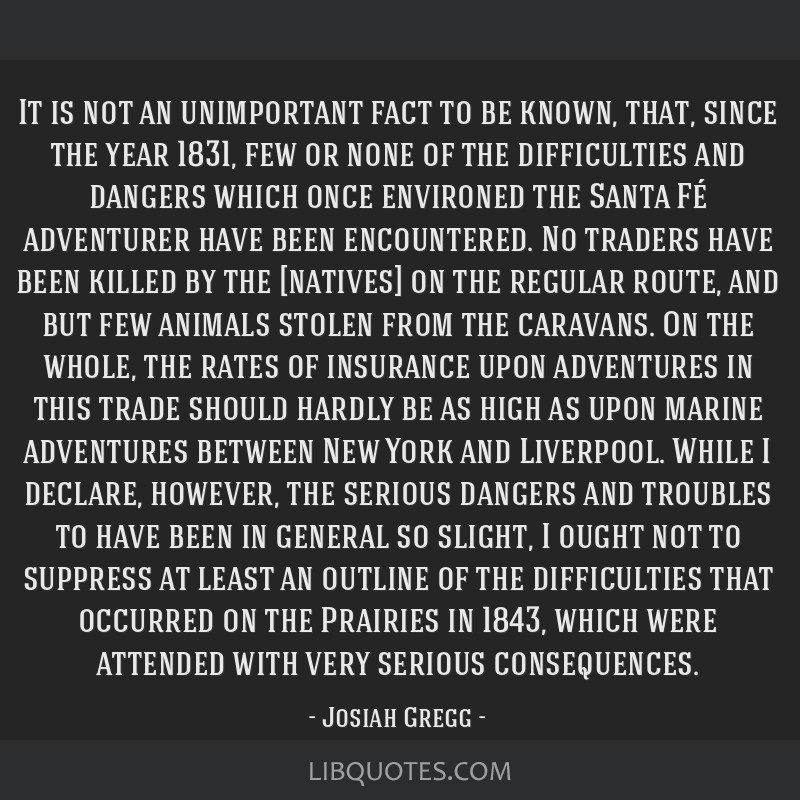