Let me remind you that nuclear disarmament is not just an ardent desire of the people, as expressed in many resolutions of the United Nations. It is a legal commitment by the five official nuclear states, entered into when they signed the Non-Proliferation Treaty.

A Quest for Global Peace: Rotblat and Ikeda on War, Ethics and the Nuclear Threat (ed. 2007) 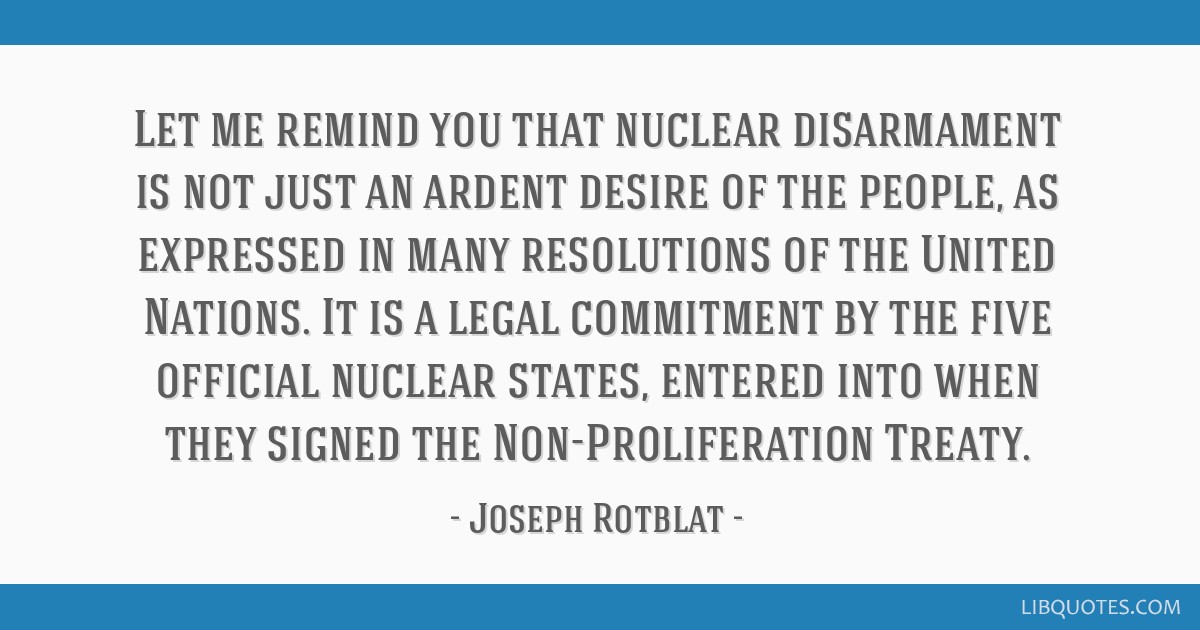 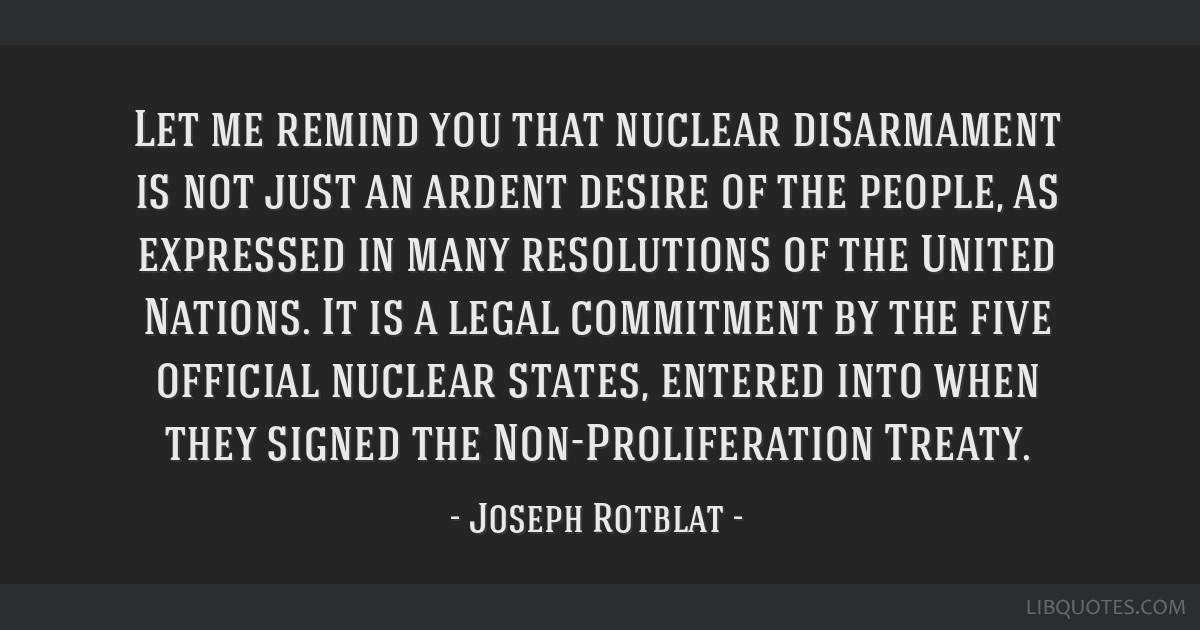 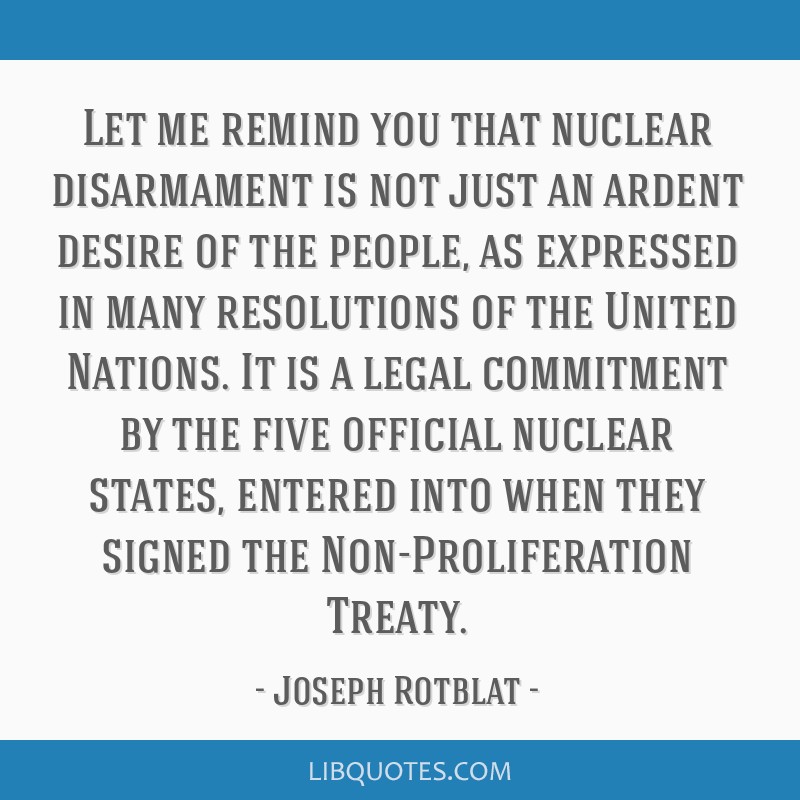 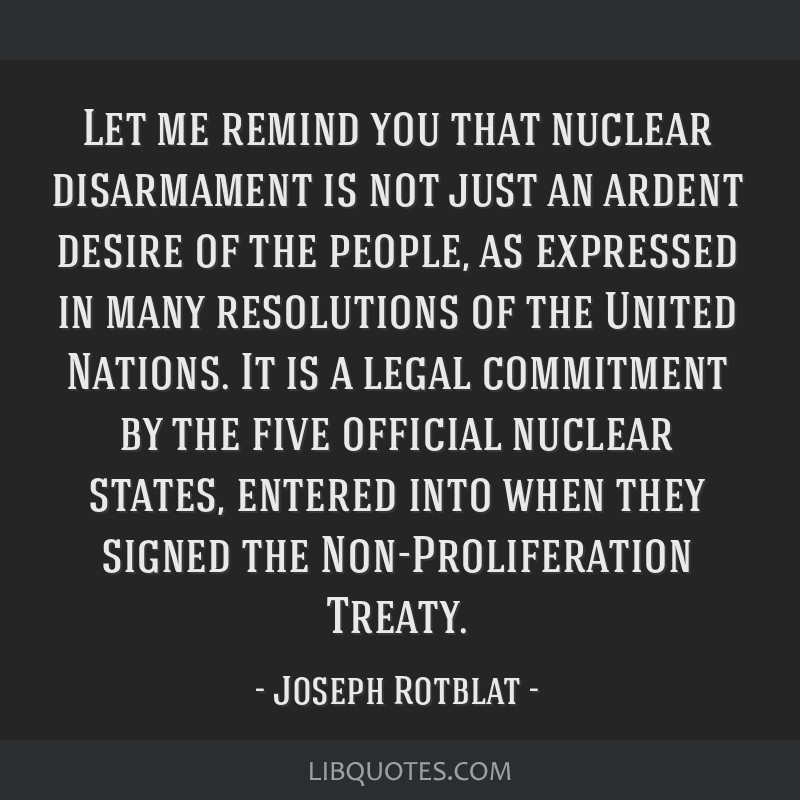 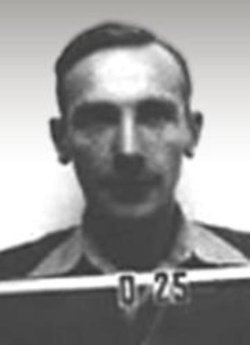