Who can say but your new Star [Uranus], which exceeds Saturn so much in its distance from the Sun, may exceed him as much in magnificence of attendance? Who knows what new rings, new satellites, or what other nameless and numberless phenomena remain behind, waiting to reward future industry and improvement?

In: Charles Richard Weld (ed.), A History of the Royal Society, With Memoirs of the Presidents, (Volume 2) 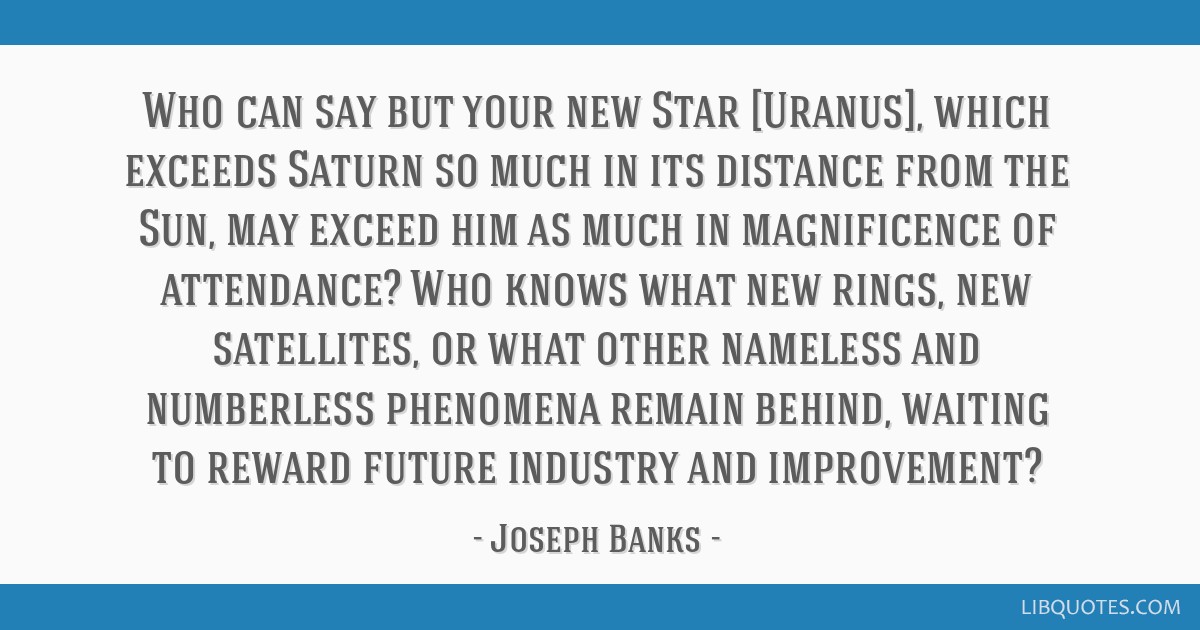 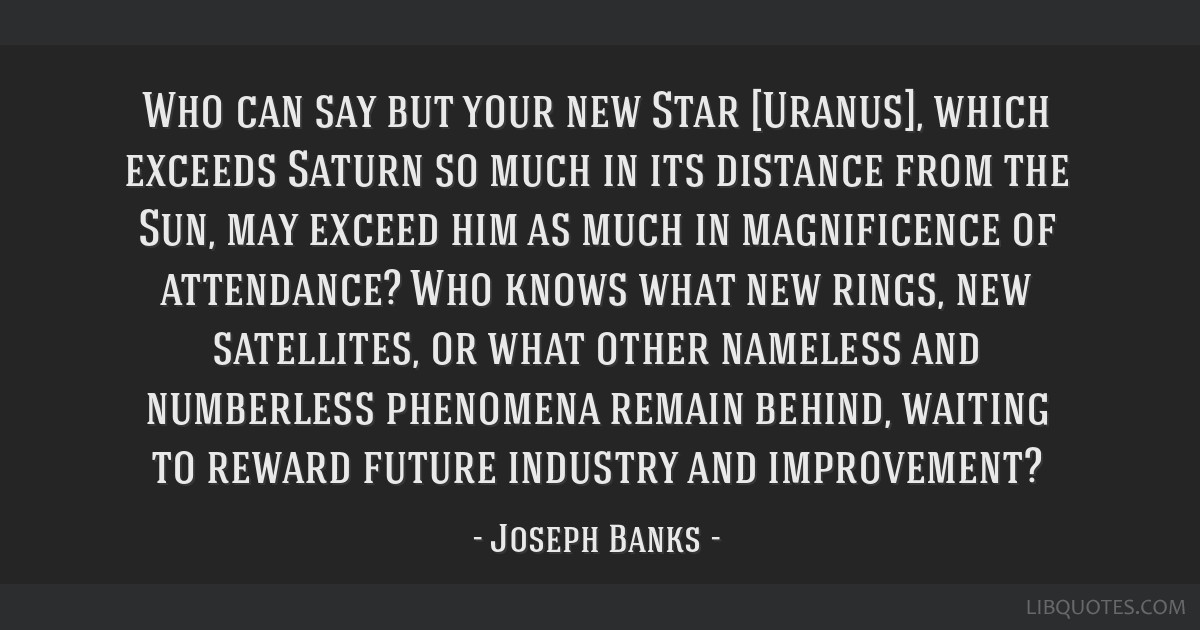 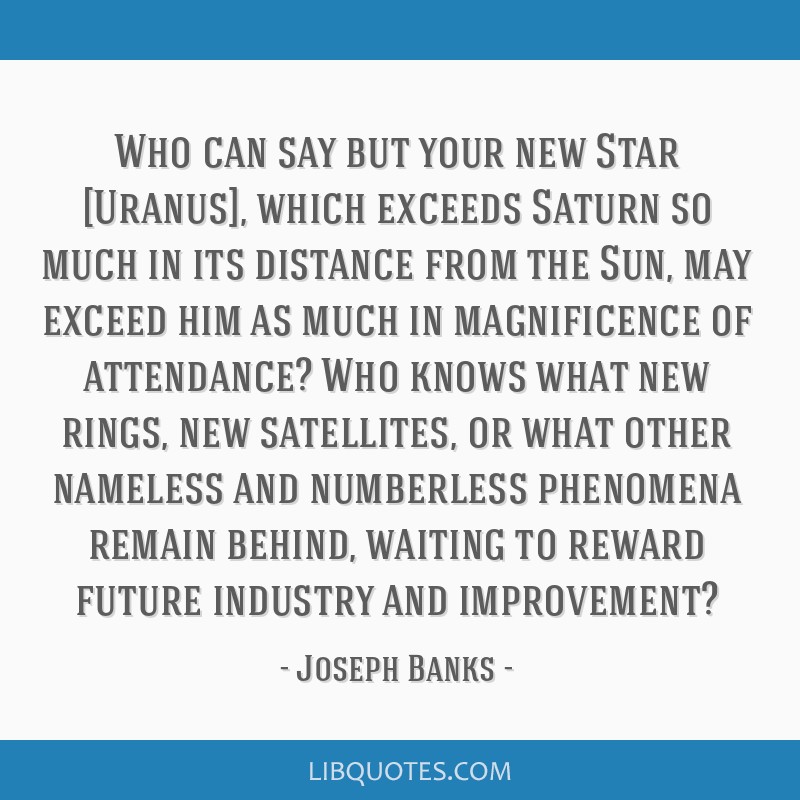 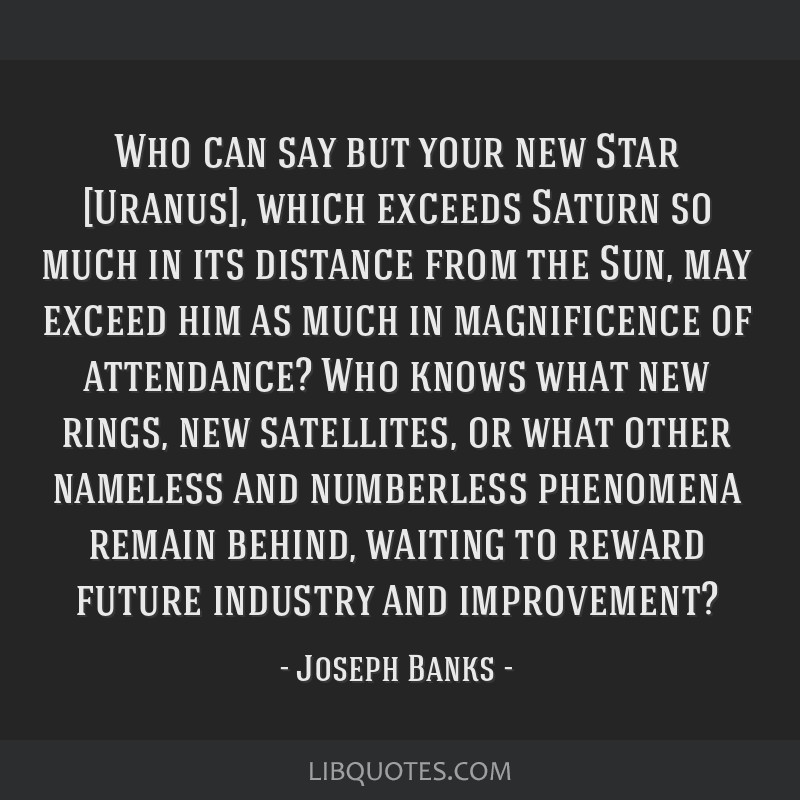 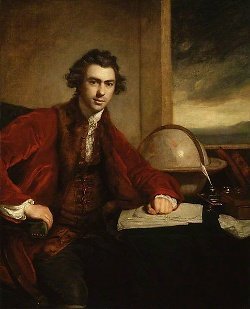