Bob Merton became the leader of structural-functional analysis in sociology, and the leader of those sociologists who attempted to create social theories that could be empirically tested... He was an inspirational teacher and editor, and with his students, such as James S. Coleman and Seymour Martin Lipset, among many others who would become leading figures in the field, he helped to build and legitimate the field of sociology in America... For me, he was a model teacher and mentor, a trusted colleague, and a close friend. His death, in many ways, puts a period at the end of 20th Century sociology, 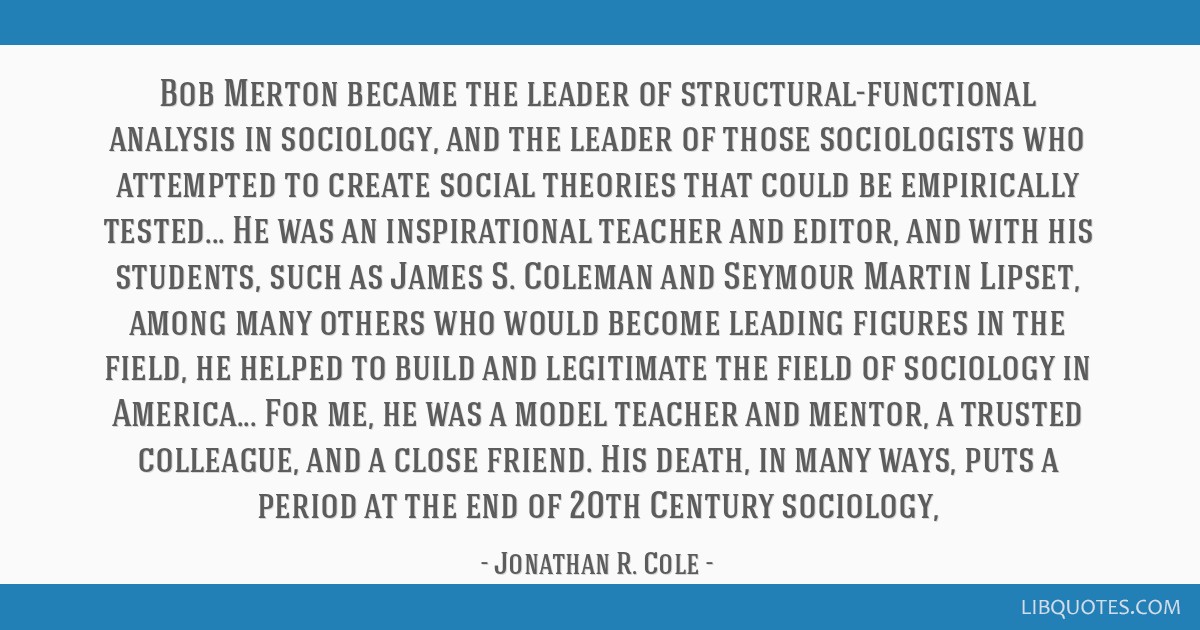 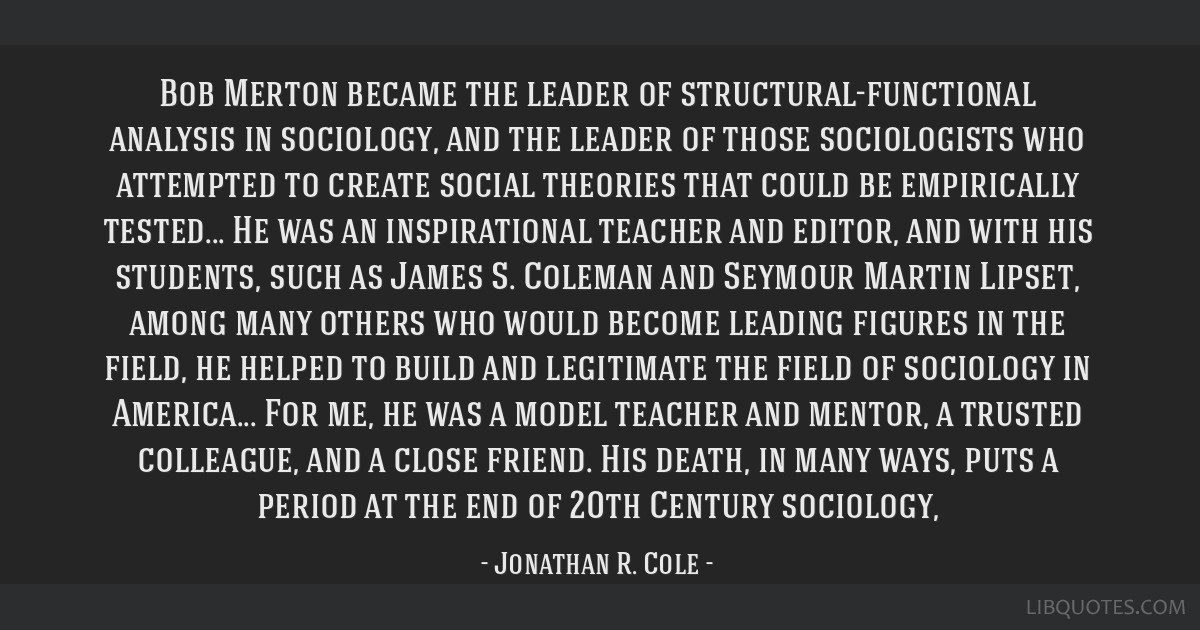 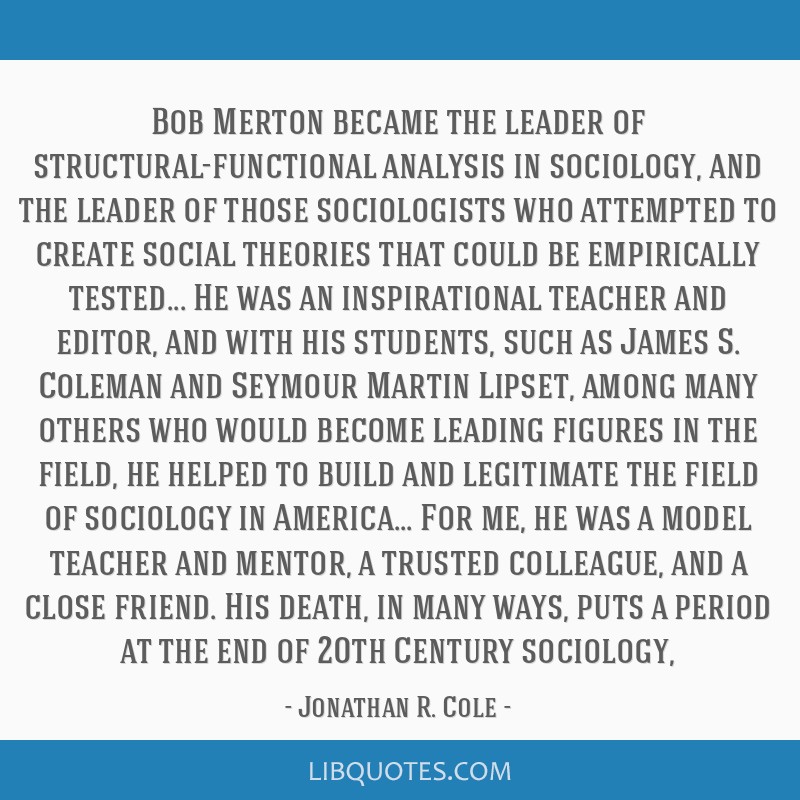 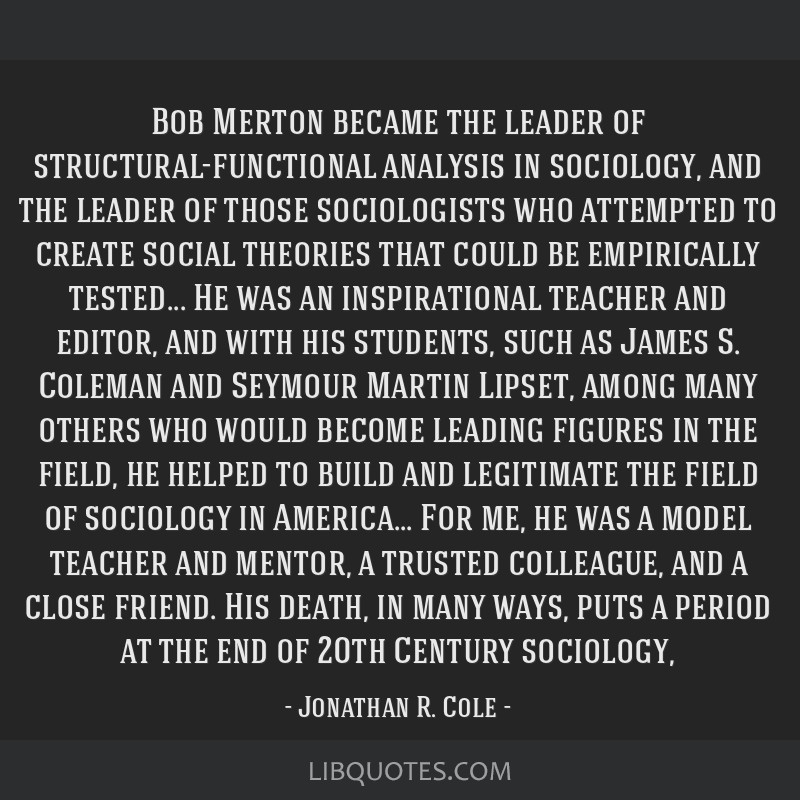