If Franz Kafka were alive today he'd be writing about customer service.

Jonathan Alter
By laying the groundwork for a system centered on home ownership rather than the public housing popular in Europe, the New Deal made possible the great postwar housing boom that populated the Sun Belt and boosted millions of Americans into the middle class, where, ironically, they often became Republicans.

Jonathan Alter
Every patient reacts a little differently, both biologically and psychologically. The only constant in cancer is inconstancy; the only certainty is a future of uncertainty, a truism for all of modern life but one made vivid by life-threatening illness.

Jonathan Alter
In the press grandstand where I watched Discovery rise against the cloudless sky, the media hit the abort button on cynicism. The Earth shook to the sounds of man, three miles away. The candle lit... only someone stripped of awe can leave a launch untouched. 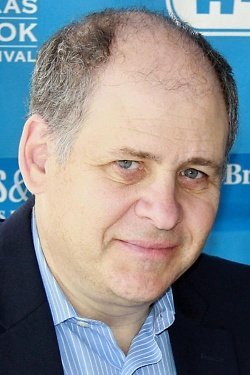 Creative Commons
Born: October 6, 1957 (age 62)
Bio: Jonathan Alter is an American journalist, best-selling author, and television producer who was a columnist and senior editor for Newsweek magazine from 1983 until 2011, and has written three New York Times best-selling books about American presidents.
Known for: