Jon Voight
I'm here to validate all the millions of people who are opposed to the Obama healthcare. We're witnessing a slow and steady takeover of our true freedoms. We're becoming a socialist nation, and Obama is causing civil unrest in this country... The stimulus didn't work.... We're being told what cars we can drive, how much we can make.... Obama has made this [healthcare] a personal crusade now.... As we can see it really is about him. He is arrogant and he's adamant that he's going to get this passed.... He's trying everything, even the so-called God card. If you love God, he tells us, then it's your duty to vote this healthcare bill in.... They're taking away God's first gift to man. Our free will. 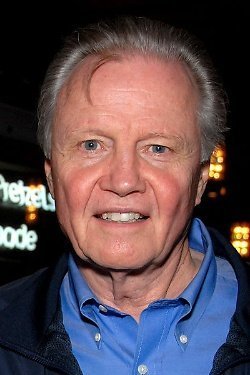 Creative Commons
Born: December 29, 1938 (age 82)
Bio: Jonathan Vincent "Jon" Voight is an American actor. He is the winner of one Academy Award, having been nominated for four. He has also won four Golden Globe Awards and nominated for ten.
Known for: