I was horrified by the attacks against her, [but] Madonna knew the situation in Malawi, where he was born. In that country, there isn't really a legal framework for adopting. Personally, I prefer to stay on the side of the law.

Angelina Jolie
These problems do not disappear just because we do not hear about them. There is so much more happening around the world than what is communicated to us about the top stories we do hear. We all need to look deeper and discover for ourselves.... What is the problem? Where is it? How can we help to solve it?

Angelina Jolie
It is especially shocking that such a tragedy can go on, year after year, with the rest of the world paying so little attention to it. My Christmas message to Colombian refugees and to the millions of displaced people in Colombia is that the world has not totally forgotten them.

Angelina Jolie
All of us would like to believe that if we were in a bad situation someone would help us.

Angelina Jolie
I don't understand why some things are talked about and others are not. I don't know why I think I can make any kind of difference. All I know is that I want to.

A claim for equality of material position can be met only by a government with totalitarian powers.
Friedrich Hayek 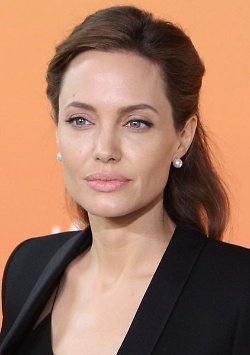