Sweet songs of youth, the wise, the meeting of all wisdom
To believe in the good in man. 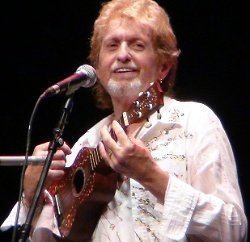 Creative Commons
Born: October 25, 1944 (age 76)
Bio: John Roy Jon Anderson is a musician, singer and songwriter born in England. He gained prominence as the lead vocalist in the progressive rock band Yes, which he co-formed in 1968 and left in 1980 to pursue a solo career.
Known for: