Innovation, I believe, is the only way that America will regain the initiative in a global dynamic economy.

John Sculley
I have found that I always learn more from my mistakes than from my successes. If you aren't making some mistakes, you aren't taking enough chances. 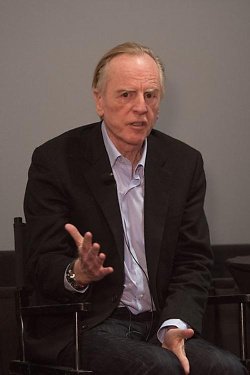 Creative Commons
Born: April 6, 1939 (age 83)
Bio: John Sculley III is an American businessman, entrepreneur and investor in high-tech startups. Sculley was vice-president and president of Pepsi-Cola, until he became chief executive officer of Apple Inc. on April 8, 1983, a position he held until leaving in 1993.