… as the world rapidly becomes a civilization of machines, the masters of machines will increasingly be the ones in control of the world.

explaining why the engineer should not be viewed as a "mere tender of machines", as quoted by Hugh Richard Slotten (2000). Radio and television regulation. JHU Press. p. 62. ISBN 080186450X. 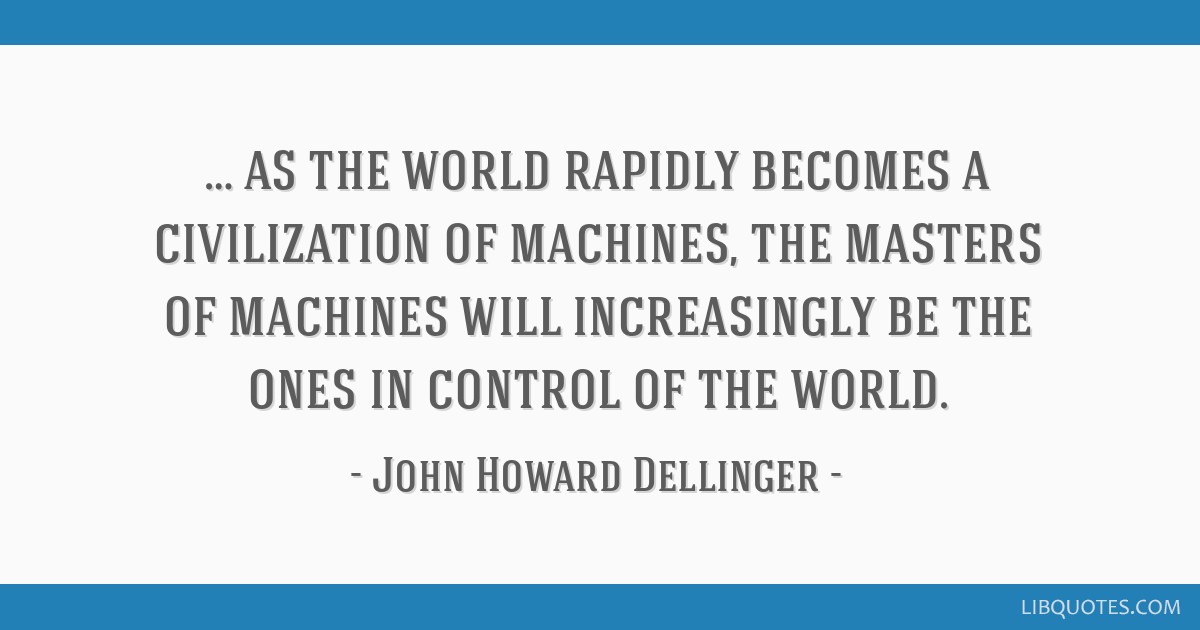 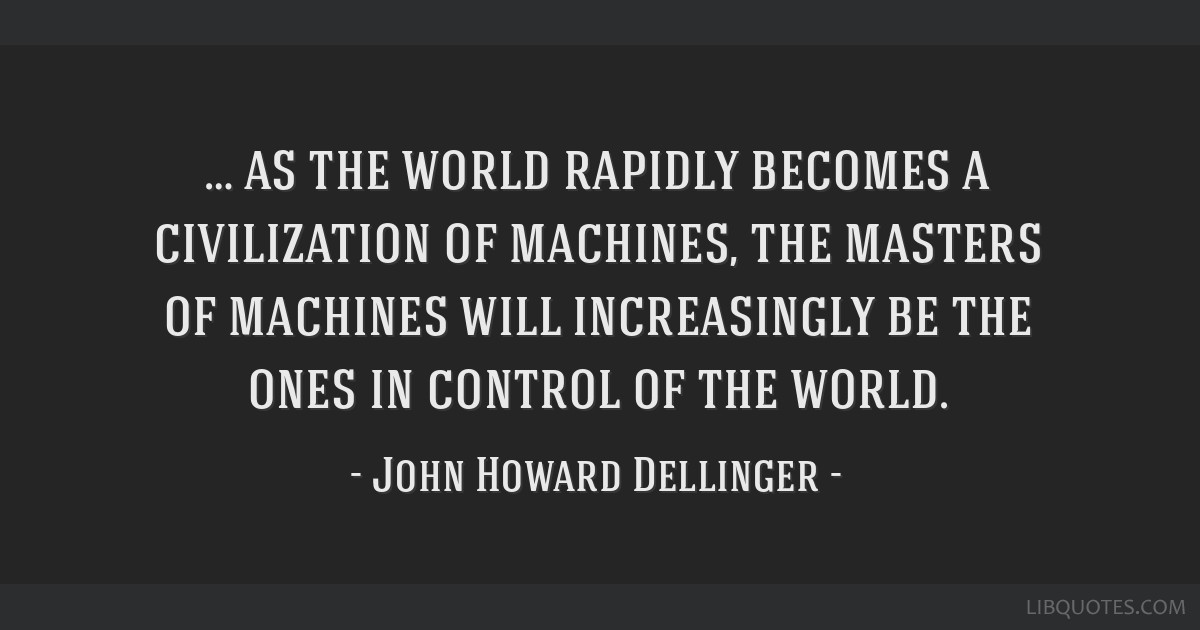 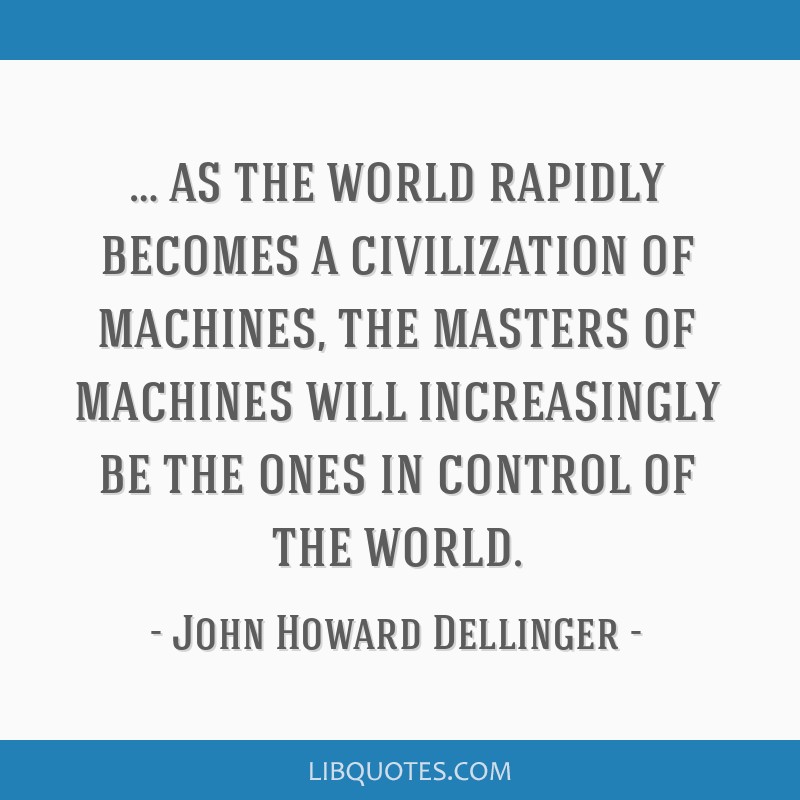 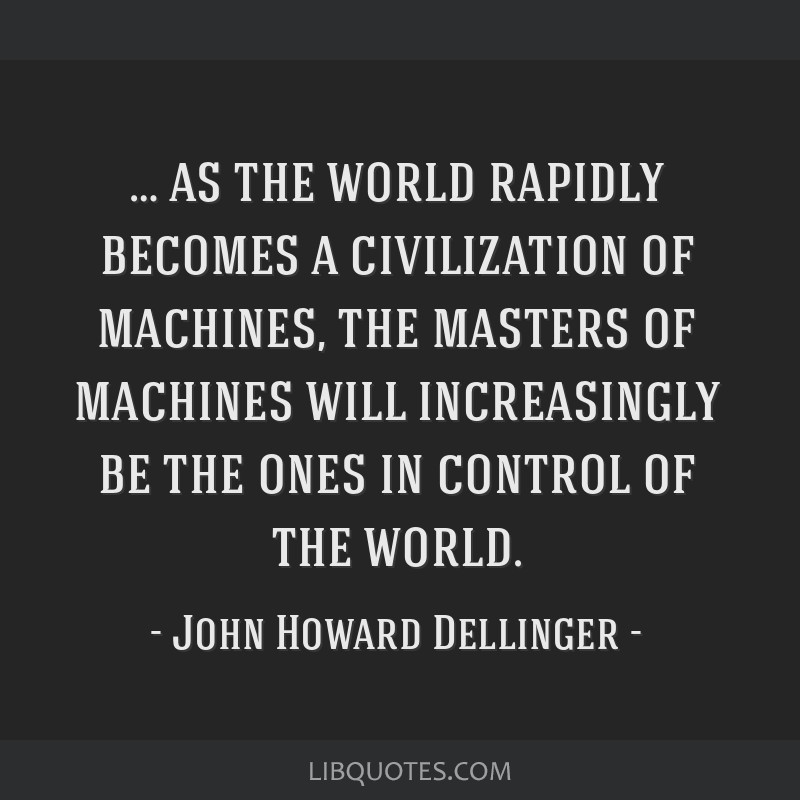