Eighteen years ago the advent of nuclear weapons changed the course of the world as well as the war. Since that time, all mankind has been struggling to escape from the darkening prospect of mass destruction on earth. In an age when both sides have come to possess enough nuclear power to destroy the human race several times over, the world of communism and the world of free choice have been caught up in a vicious circle of conflicting ideology and interest. Each increase of tension has produced an increase of arms; each increase of arms has produced an increase of tension. 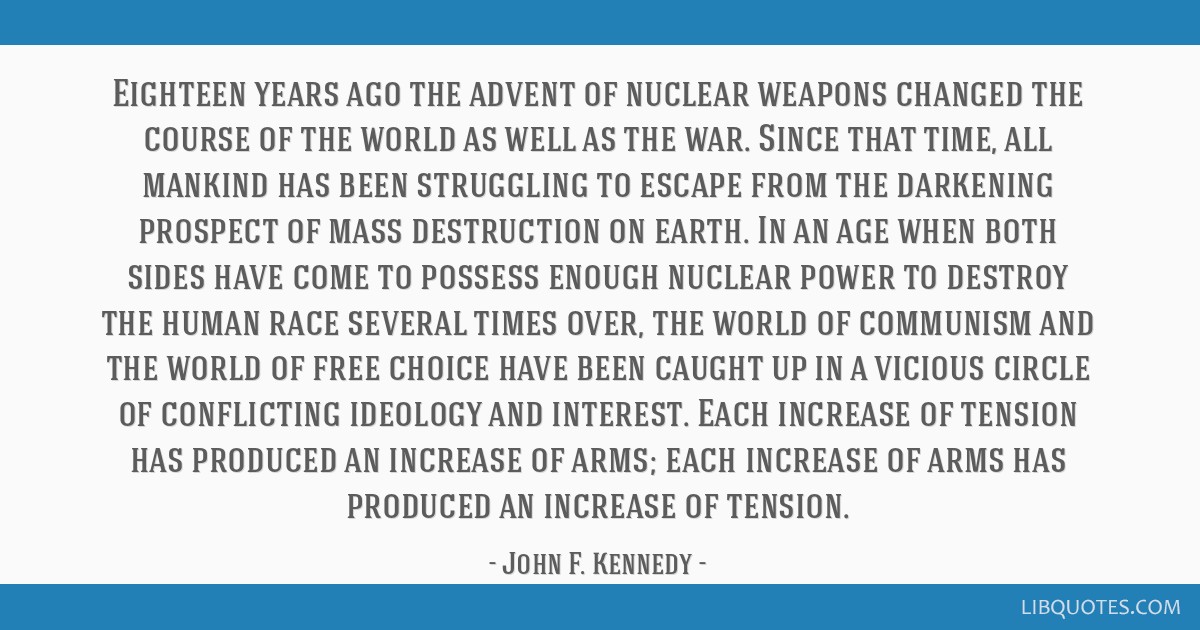 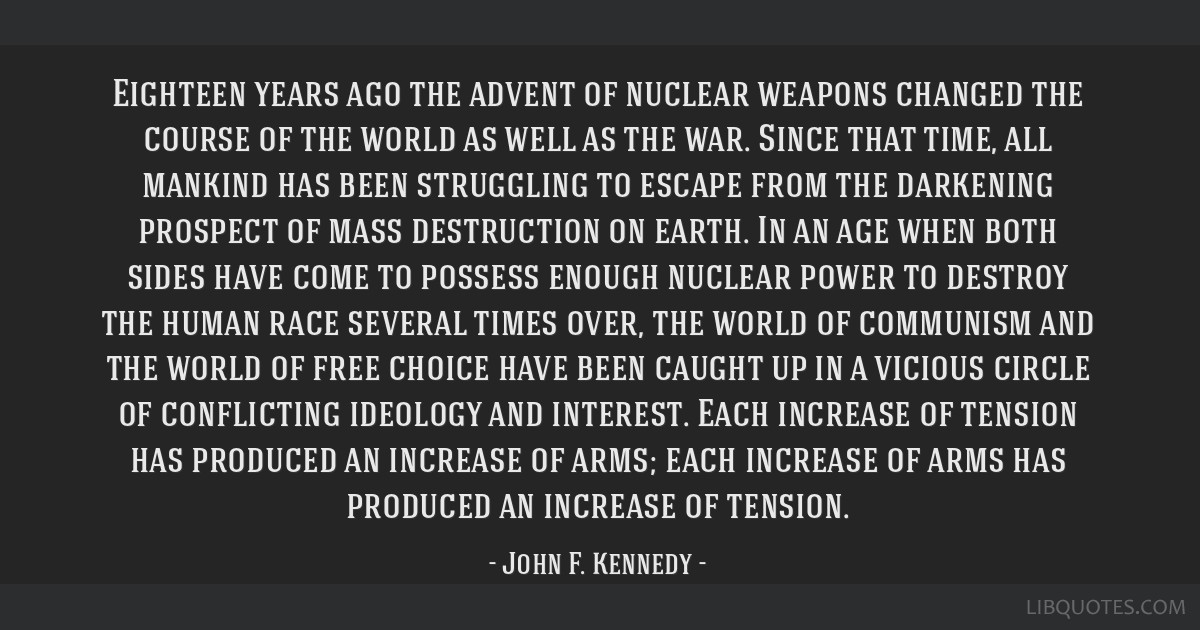 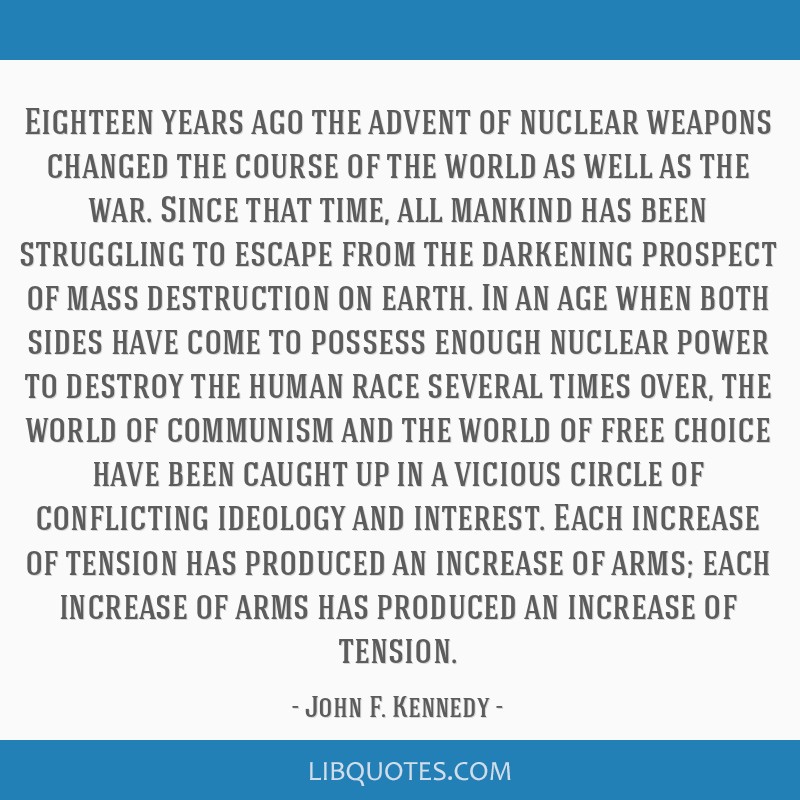 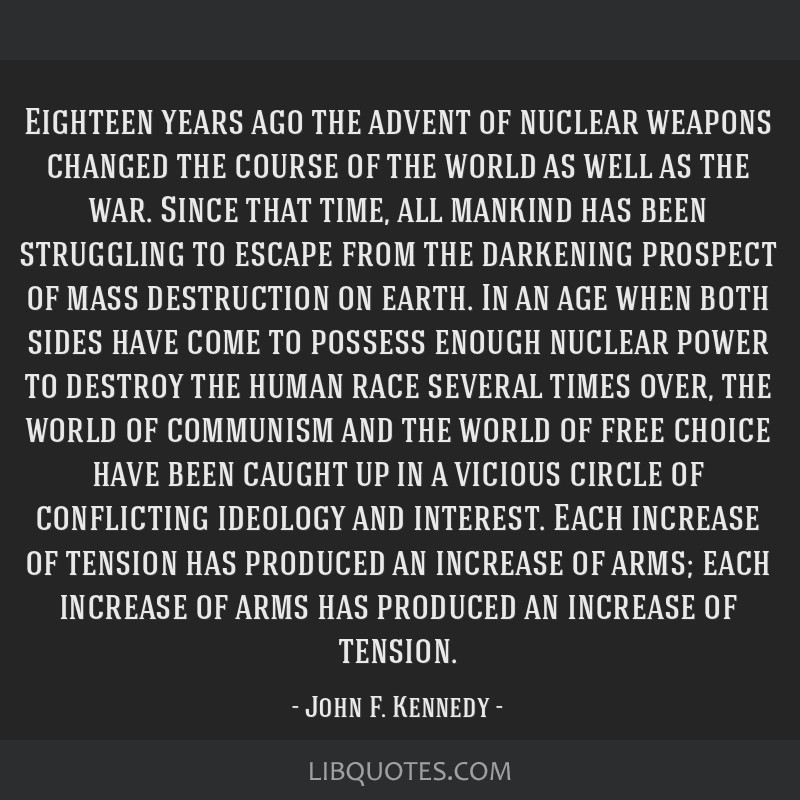